When you hear the name Milo & Otis, you may think of the famous 1986 G-rated Japanese “com-dram” film, The Adventures of Milo and Otis. Or…if you are familiar with your producers and DJs, then you are probably thinking of Matt Nemethy and Graham Andrew…aka Milo & Otis. The past few years have certainly served as an adventure for these two aspiring musicians – going from playing small club shows in their hometown of Orlando to playing massive festivals across the world, including the recent HARD Summer earlier this month.  Well, even though I am a fan of the film, I would personally rather share the untold story of Matt and Graham instead.  So here we go…

Growing up, Matt and Graham had big dreams for themselves individually – Matt wanted to be a professional skateboarder, whilst Graham aspired to become an orchestral conductor; neither had any intentions of becoming an electronic music producer. For Matt, an arm injury from skateboarding that resulted in two surgeries is what launched his DJing and producing career. During physical therapy, he needed an escape and something to help him get through this very emotional and difficult time so he picked up DJing. Now, during his free time (when on tour and not on tour) he still skateboards around the streets or in parks.

As for Graham, he was introduced to electronic music his junior year of high school. The same friend who introduced him to the genre is the same one who also taught him how to DJ. Once he began DJing as a hobby, he also developed a passion for the music itself and in college, listened to drum n bass very heavily.  During this time he also learned how to produce and towards the end of college, found himself traveling to LA and crashing on friends’ couches to experience the depths of the music industry. After investing so much time and money into traveling to LA and networking, he decided it was time to move to the mecca of the music industry and produce full-time.

When Matt and Graham formed Milo & Otis, they were producing together in separate states – Matt in Florida and Graham in California.  Producing via Skype sessions and even phone calls had made things that much harder. However, once Matt joined Graham in moving to LA, they were able to get together more often and conduct studio sessions on a regular basis. This was very beneficial for their career because they were able to get things done within reasonable time. In LA, everything happens so quickly. That being said, Matt and Graham have had to adjust and learn how to get things done at a much faster rate, without feeling constantly overwhelmed. LA has also provided them with a great opportunity to network and make connections with just about anyone in the music industry.

Throughout this journey, Matt and Graham have endured stressful times together. For instance, when they were on tour with Skrillex and DJ Snake this past spring/summer, they were unable to make one of the shows because the bus broke down. The three of them were stuck in the middle of nowhere and once someone finally came to their rescue and brought them to the venue, DJ Snake had to play a shortened set, leaving Matt and Graham with no set at all. This experience has led to a fear of canceled shows and equipment malfunctions during sets due to circumstances out of their control. Individually, they have also encountered their own fears and challenges as well. Matt fears losing his passion for music. Often times he will sit in his room frustrated because he either can’t come up with an idea for a track or he just doesn’t like the way something sounds and is stuck on trying to fix it. Even though it is awesome that he is doing what he loves, sometimes this industry can be very tough and can cause us to lose sight of that passion. However, Matt has been able to overcome these situations by taking a break from producing to relax and ease his mind, and then when he gets back on the grind it is usually much easier for him to feel satisfied with his work. As for Graham, people have tried to crush his dreams left and right. Throughout high school he was very small and skinny (weighing just over 100 pounds), so his fellow peers ridiculed him. In addition, as a senior in high school one of his band directors tried to convince him that he would be miserable his entire life trying to make a comfortable living as a musician. At first, he succumbed to this negativity and decided to pursue a career in electrical engineering instead. However, his addiction for music conquered these negative thoughts and he began to listen to his heart, rather than the people around him.

Despite the frustration, both members of Milo & Otis are glad that they have followed their hearts and are doing what they love. Their recent success has proved worthwhile. Since joining forces, they have received massive support from some of the biggest producers including Skrillex. In fact, they were asked to be one of four official remixes for Skrillex’s song “Recess”, have had two tracks released on his OWSLA label, and were even a part of the 2014 Mothership Tour. Needless to say, their music career is headed in the right direction. Matt and Graham have been blessed with the opportunity to live out their passion for performing music together. Their inspirations derive from those who think outside the box and produce foreign sounds that no one has really heard before. Their goal for this Milo & Otis moniker is to teach others to be unique and to pursue our dreams through every obstacle. Just like The Adventures of Milo and Otis, Matt and Graham were brought together to pursue their dreams and to overcome one incident after another on this adventurous musical journey called Milo & Otis. 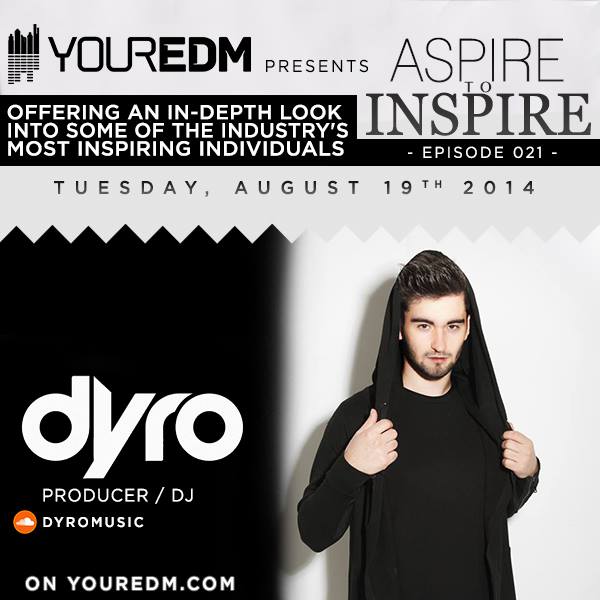