The boys are back in town… After a very successful “Get Laser’d” tour last year, Savoy is back again with “Mo Lasers, Mo Problems.” While some producers/DJs use lasers to emphasize their performances, Savoy build their whole show around the beams. It’s not something you can really put into words unless you’ve seen them, one of those shows where you might spend a majority of the time with your jaw on the floor.

I made the mistake of choosing a different show to go to the same night they came to my town last year, and I seriously regretted it. Not this time, though. In addition to the onslaught of lasers, the trio from Chicago made of Mike Kelly, Gray Smith and Ben Eberdt perform live with Kelly on drums and Smith and Eberdt doing their own thing. If you’ve never seen a Live Set from a producer, Savoy is a great start.

Savoy is also teaming up with Taxi Magic for every date on the tour – download their app and use code “LASERS” for $10 off your first ride!

Get tickets HERE. The first show of the tour begins in Los Angeles at the House of Blues a week from Friday, August 22nd. 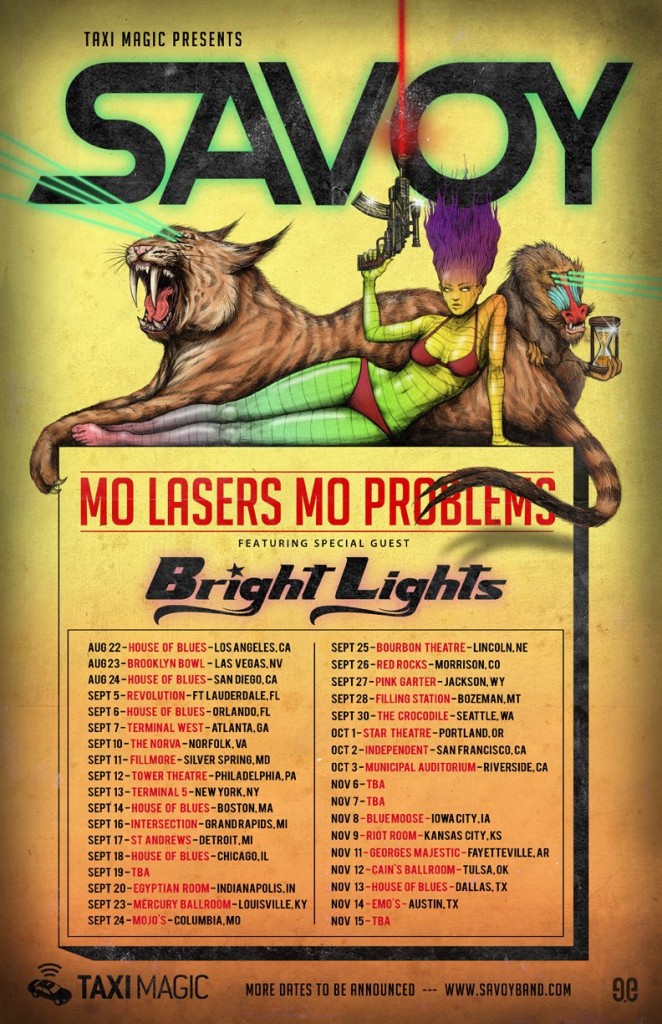