UPDATE: Ultra has officially confirmed the new minimum age policy, saying the decision was made “to reinforce and promote the safety of all Ultra Music Festival fans and to ensure the overall enjoyment of all future attendees”. They also encourage aspiring underage fans to follow along on the Ultra Live YouTube stream.

After mounting complaints by festivalgoers that there were too many irresponsible teenagers at Ultra Music Festival in recent years, it seems as if the company’s flagship Miami festival is ready to go 18+ only. Promotional fliers distributed at Electric Zoo this weekend advertise tickets going on sale soon for next year’s festival, and assures prospective attendees that “the safety and security of our attendees, artists/performers, and personnel are out utmost priority and concern.”

Although there is no official word from Ultra yet, this decision seems deliberate and should come as good news to many people, although with multiple drug-related deaths and hospital visits tainting nearly every recent music festival (including those already 18+), it makes you wonder just how effective the new age limit would be at reducing said issues. 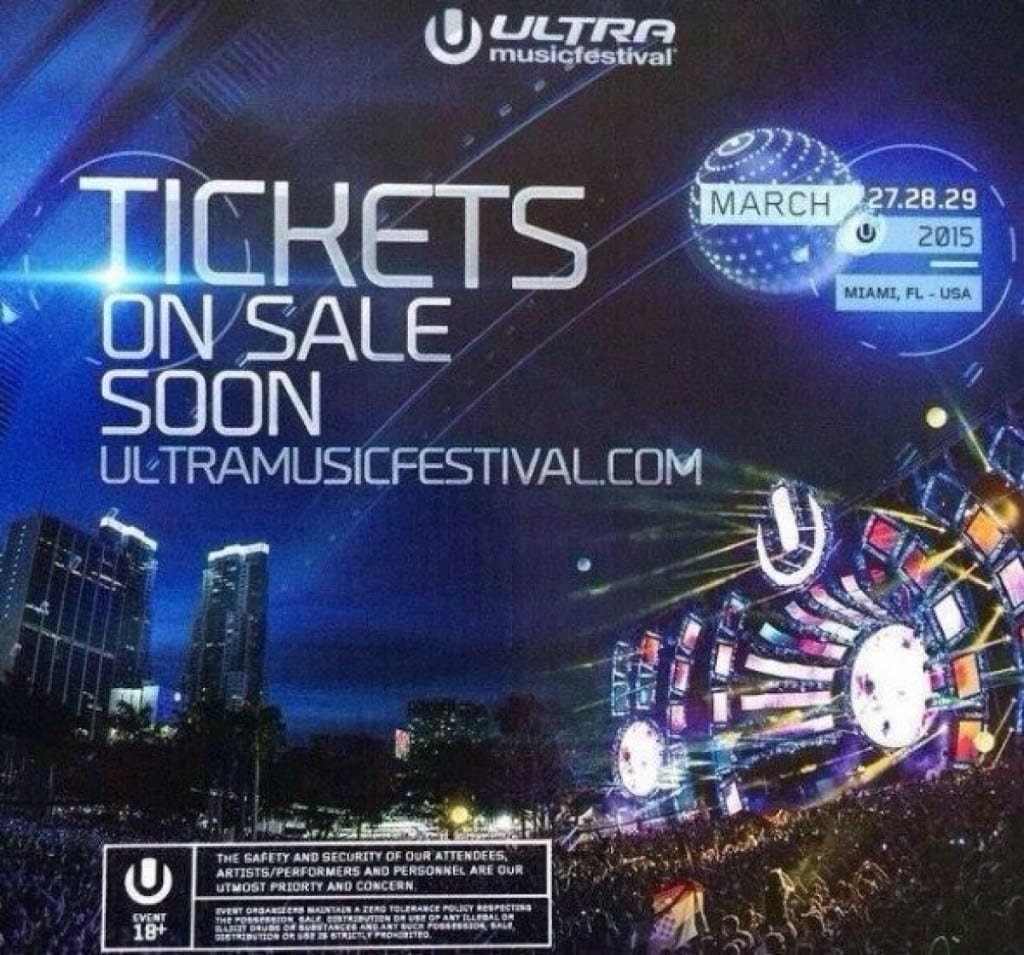