Our next interview from our Industry Spotlight series features renowned Circle Talent Agent, Ben Hogan. Ben started working professionally in dance music at the tender age of 17, throwing all ages dance events in Baltimore, MD.  Seeing dance music’s imminent rise, Hogan quickly teaming up with Steez Promotions to work on events like Starscape and help cultivate and integrate a younger, fresher audience that would help expand the company’s club events in Baltimore and other northeast markets.

Those years spent as a street team leader, ticket hustler, and local promoter in the early bass music scene helped to cultivate Ben’s eventual transition to Circle Talent Agency. The move to Circle would foster Ben’s decision to relocate to Los Angeles at age 22 as a full time agent working under the tutelage of Steve Gordon and Kevin Gimble. Hogan has since then built an impressive roster that spans the full field of genres in dance music, from powerhouse DJ acts like BRO SAFARI, OOKAY, ETC! ETC! and SLANDER to live, production based acts like EOTO and LUCENT DOSSIER EXPERIENCE that tour nationally.

Ben has focused on his ability to work with acts from inception and help grow them to the top of the industry. Now at age 25, Hogan has ambition to continue growing his roster and take on more challenges and projects in the near future to reach new heights.

How would you describe your job? What is it like being an agent at Circle Talent, one of the most reputable EDM talent agencies in the world?

In short, I think the job can best be described as “controlled chaos”.
Being an agent is a very dynamic and competitive profession. Great agents typically represent multiple clients at once, so you have to be able to focus on and execute multiple projects simultaneously, without letting one project keep you from focusing on the other. Your day-to-day is spent taking meetings and phone calls to pull offers and essentially trying to book as many shows as you can. You also need to focus on the bigger picture – expanding your roster, helping to benefit the agency overall, looking for new opportunities, etc. On top of all this, you travel to shows and festivals all over the world constantly, and you’re up all hours of the night solving various issues or out covering local shows – so it’s definitely a bit of a balancing act and not meant for everyone.
Working at Circle Talent is amazing and essentially my dream come true. I’ve been with Steve and Kevin for 7 years and watched the company grow dramatically as well as enter new entire genres and levels which has been an amazing and extremely rewarding process. Moving from Baltimore to LA and being in the center crux of the industry has been great for the company and we truly believe the sky has no limits for how big we can take our dreams.

What drove you to start working in electronic music? How long have you been doing this?

I started in electronic music when I was 17 – I’m 25 now – in Baltimore, MD. I listened to the music first and foremost, and played it for others at house parties when I could. My best friend and I started making money off DJing private parties and even facilitating high school proms. We played dance music instead of radio hits and top 40, and turned the prom into more of a dance party. We were making a lot of money doing that, but people were asking us to take it to the next level – to take the parties off school property and to a real club, a real party. We started doing all ages “rave” events, bringing a ton of kids out, and making even more money, and certainly saw how big the music was becoming and what was about to happen. From there I met Steve Gordon and Evan Weinstein at Steez Promo and immediately started working for them in any capacity I could, whether that meant setting up stages, helping with artist hospitality, or hustling tickets. Whatever Steve + Evan needed done for Steez, I was willing to do, just to get the experience and immerse myself in the music. I think the lesson I learned there is that you don’t need to worry about starting at the bottom of the industry, you just need to get into the industry and start making an impact however you can until opportunities and further responsibilities reveal themselves.

What do you look for when finding new artists to represent? Is there a certain look or specific sound you prefer or is it more about seeing potential in an artist?

It’s very competitive now for new artists to break out, and so as agents we are typically looking for the best of the best in all areas. Obviously we all want to hear the best music- and music is the biggest determinant of whether or not I would ultimately sign an act. It’s not a specific sound we’re looking for  per se, but you learn how to listen for top production quality and songs that have potential to break through and become hits. You want to hear new, groundbreaking music that has the potential to change the status quo. I also look for an artist who is a good, smart person – who is ambitious – and who surrounds him or herself with a team that also has the same qualities. I’m looking for people who are easy to work with, people who would succeed in life regardless of the industry they work in. Ultimately I think the perfect client is someone who strives for greatness and wants to be the best. That kind of attitude is what breeds greatness, and a lot of the artists you see at the top of the industry have done just that due to such an attitude and drive. 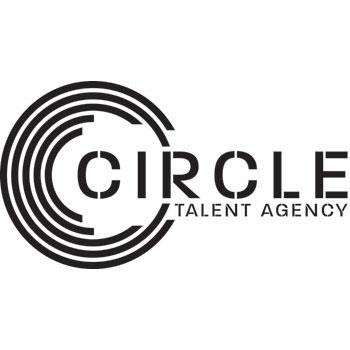 Many of your artists just played Beyond Wonderland this past weekend as well as routinely playing across the world. Describe what it feels like to represent such respected and well travelled artists in electronic music.

I love my roster and love traveling- I’m also good friends with the clients I represent, so when you’re out at the show you get to watch your friends follow their dreams and relish in their success. Watching one of your acts take the stage at a major festival or sold out show when the crowd goes out as far as the eye can see, and knowing just how hard they are going to kill it, is a really amazing feeling and a fun thing to watch. I have multiple acts on Tomorrowworld so I’m headed out there tomorrow (Thursday) to spend the whole weekend in Atlanta and I couldn’t be more proud of my team nor more excited to watch them annihilate their sets this weekend.

Who are some artists you think the world should know about?

I represent an act called LUCENT DOSSIER EXPERIENCE which is hands down one of the coolest shows I have ever seen. They are pretty well known in LA and in certain circles as they perform at Burning Man and Coachella every year, but the mainstream is still just learning about them. Their show includes live music elements, pyro, aerials, water, and fully choreographed dance pieces and is basically like seeing a more musical Cirque De Soliel, but the whole show is catered around their self-produced bass music. It’s essentially a traveling bass circus which is amazing. I also represent Bro Safari – who has a ton of fans right now but who we feel has the message and attitude that should be heard by the whole world.

Based on current trends and your professional experience, what styles in electronic music do you see becoming popular in the next year or so? Do you have any plans to expand your roster based on the constantly shifting and evolving landscape that is EDM?

I definitely see a rise in live music coming to the world of EDM – groups like Destroid, Disclosure, Porter Robinson, Galantis are all adding live elements or performing an entirely live show, and it’s awesome. With production at festivals getting so extreme and with everything getting bigger and more competitive, eventually those who take the next step in their performance and transcend DJing are going to usher in not only new music but new fans as well. I think the live “rock star” element of music is something that is coming into.
I already represent multiple live acts, but I generally want to continue expanding my roster however I can by keeping an open mind about new genres and elements coming into the space.

What’s the best piece of advice you could give to people aspiring to work in the music business?

The basic answer is to just get to it any way you can.
Look at my story as an example of just how random or insignificant your entry can be into the industry – DJing senior proms, carrying TVs for MSTRKRFT at a club show, and selling tickets to raves for $3 commission per ticket – you have to start somewhere, so you should be open to basically starting anywhere. I didn’t know when I started doing those things that I was going to end up being an agent, I just knew I wanted to be in music so I didn’t have any reason to set my standards high or deny the opportunity.
If you sit around for 6 months trying to figure out how to get started in EDM or work in music, you have essentially wasted 6 months not pursuing your dreams in the correct way- by working hard at all costs to pursue that dream.