Five of the Most Impressive and Expensive Turntables Money Can Buy

by Brett Edgerly
in Editorial, Lists

Unlike the compact disc and cassette tape, the Vinyl Record has aged with a certain elegance rarely seen by technology. The technology behind the turntable in many way predates modernity, but still manages to maintain its relevance and charm. By most accounts the turntable was birthed into the world by Thomas Edison in November of 1877. Despite the fact that several similar devices had already been invented, it was Edison who came to be known as the father of the turntable. While the technology may have been primitive, hardly resembling the famous Technic 1200s a series of technological innovations and improvements would give us the record player that many hold so dear today.

In theory the turntable is a simple device. transcribing grooves on a vinyl platter into audible sound through a stylus or needle which runs along the carved slots. The pitch of the audio is controlled by the speed at which the table rotates under the stylus. The record player is unique in the way that audio information is transferred by means of physical contact rather than electronic means (laser diode or magnetic tape). Many vinyl audiophiles swear by the richness and fidelity presented by the turntable and an entire industry has sprouted to provide futuristic devices and solutions to keep this grandfathered technology at the cutting edge. Let’s take a look at some of the most awesome examples of machinery the vinyl world has to offer and celebrate its rich past and vibrant future.

While the Technics SL-1200 is by no means the most expensive or visually impressive turntable on our list, it’s one of the most noteworthy. Produced from 1972 to 2010 the SL-1200 is perhaps the most famous DJ turntable ever produced. With a direct drive motor coupled with quality design the SL-1200 was ideal for use by DJs in the club environment. A robust blend of accuracy and fidelity carved out a place in history for this honorable deck, which is still sought even after the end of its production. 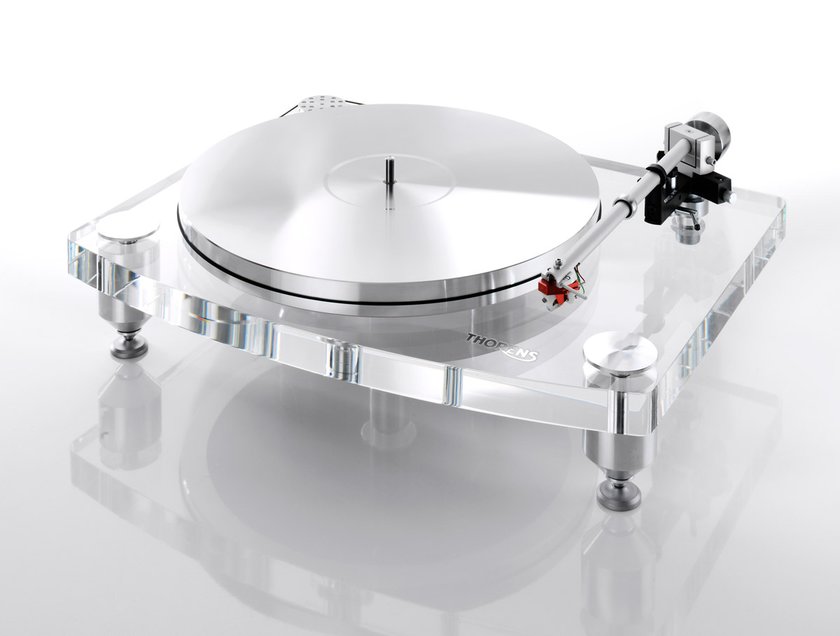 Part space ship, part record player, the Thorens TD 2305 is an undoubtedly sleek piece of machinery. The acrylic base, which comes in a variety of flashy colors couples majestically with the aluminum platter. The TD 2305 has curves like a sports car and not surprisingly a price tag to match. To put this beast on your shelf will run you around $6,000 USD. The Swiss manufacturer, Thorens has been around since nearly the inception of the phonograph itself, but has proved with this piece that they are as forward thinking and design minded as the best. 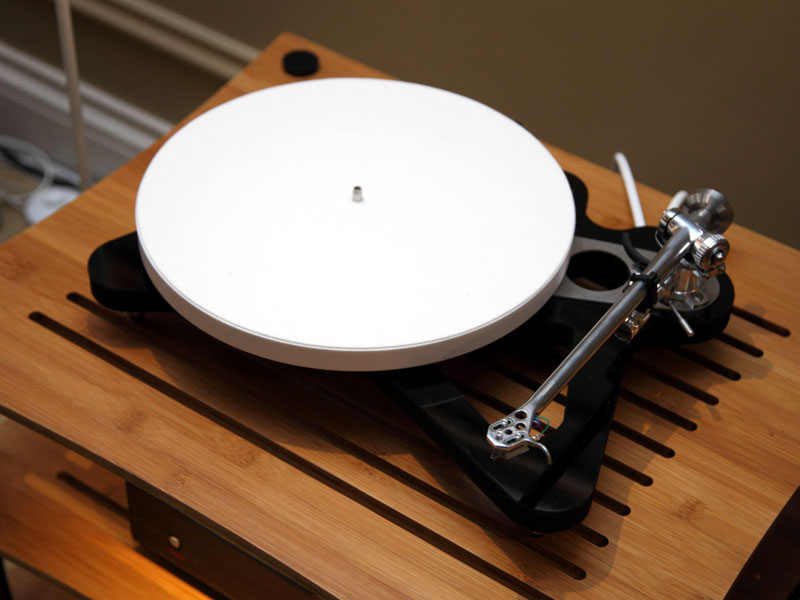 Keeping with the space age theme, I’d like to introduce the Rega RP-10. You might have noticed right away that something looks a bit different about the platter on this turntable – and if you did you’re right. The RP-10 features what is possibly the most complexly constructed platter ever. I’d like to quote Rega directly as I can’t do this beauty justice.

The RP10 uses a custom ceramic flywheel effect platter. The platter is produced from ceramic oxide powder which is compressed, fired and diamond cut to ensure perfect accuracy and flatness across the surface.

So basically, Rega has taken a chunk out of the space shuttle’s heat shield and turned it into pure auditory bliss. Well, not exactly but it does use a ceramic type material which is rather uncharacteristic in more grounded pursuits such as music. 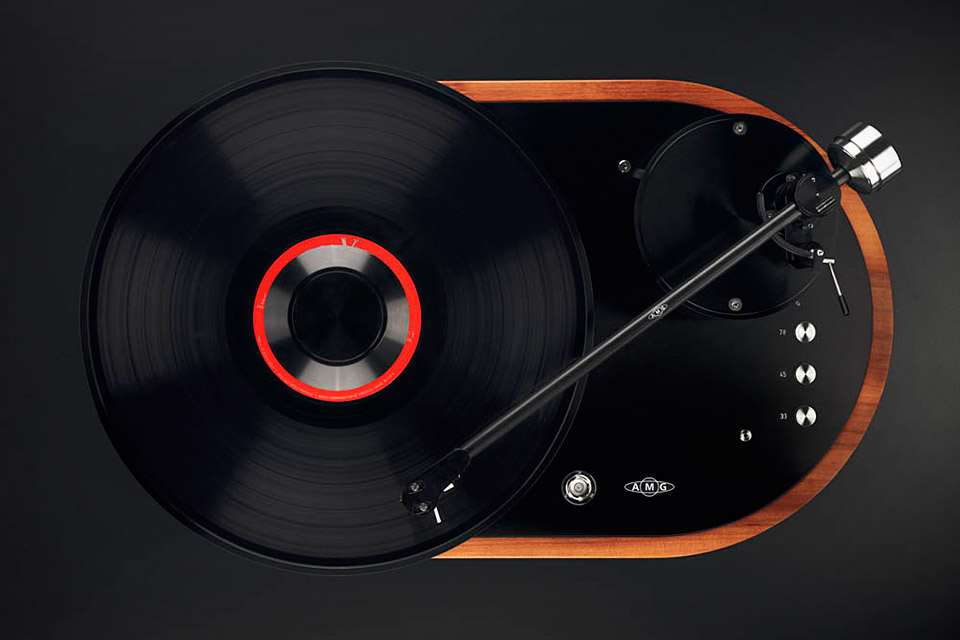 Coming in at $15,000 the AMG v12 is a sight to behold. Simply put the v12 combines the styles and grace of vintage units with the audio quality and flawless engineering of the future. Its style and price tag is only matched by it’s weight – at 54.4 lbs this table is beastly in every sense of the word. Not surprisingly the AMG v12 shares a likeness in name with the AMG Mercedes’ motors. Both are German and both are aimed at those who want the finest toys that life has to offer. 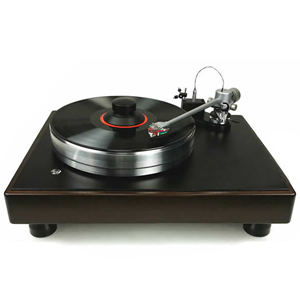 While the VPI Classic Direct is by no means the most expensive turntable in production today, it is probably the most expensive and highest quality model meant for listening purposes. For the price of a car, we can only assume that this turntable comes with a lifetime supply of auditory bliss the likes of which was never meant for the ears of mere mortals.