Discover A New Kind Of Festival with Serenity Gathering 2015

I kind of went to Serenity Gathering last year on a whim. I knew a few of the names like ill-Esha, The Polish Ambassador and Bluetech, but other than that, I was rather clueless. Then again, that didn’t really matter much to me.

Looking at this festival and how it promoted itself as a “conscious gathering,” I knew that music here came second to the experience – and not in the way that Insomniac wishes it was. I made friends so easily, with such little effort, that for an introverted guy like myself, “astonished” is the only valid adjective that comes to mind. I even ended up interviewing the founder of the festival because I met the right people there on the grounds, and it made the whole trip worthwhile. Even during the rains of the second day, friends loaned me their sweaters so I could make the 10-minute trek back to my car relatively dry.

I hope that festivals like Serenity Gathering become more prevalent in the future, but I don’t at the same time. Part of the magic is that so few people are there, it’s really like a small community. It isn’t like the hustle and bustle of EDC or Ultra; last year, less than 3,000 people attended, and this year they’re not looking for much more. Even still, the lineup for this coming year is looking mighty fine, and I’m more than ready to go again.

You can get your tickets HERE and check out the lineup below, as well as the 2015 teaser trailer. Serenity Gathering will be held at the La Jolla Indian Campgrounds, about an hour north of San Diego, from March 19-22. 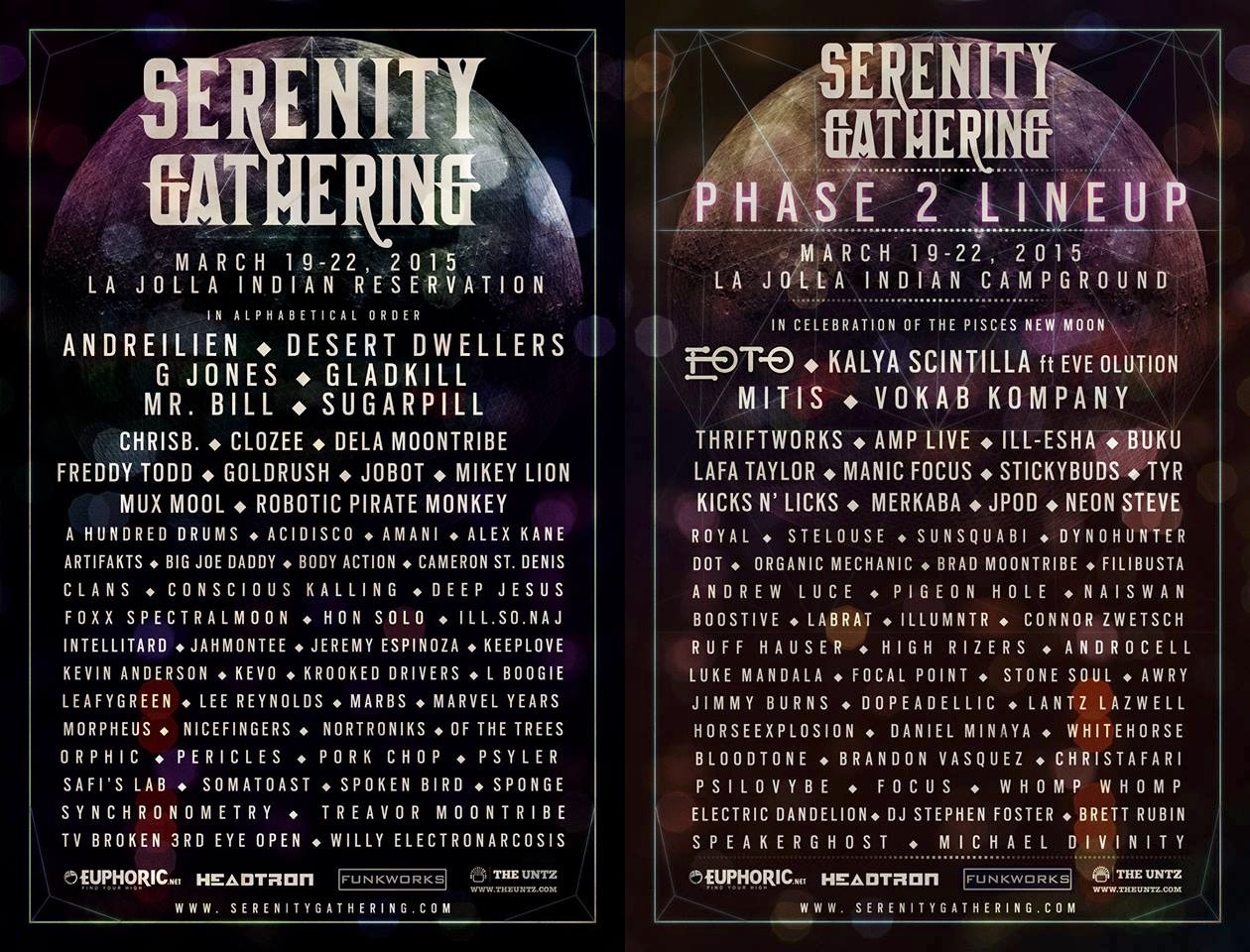