Stuart Hawkes, mastering engineer to the stars, or more specifically at Metropolis London revealed some very incredible information a couple days ago:

The new Nero album will be coming sooner rather than later!

On Twitter, the engineer revealed that he had just begun mastering the trio’s latest album, with release date and album title still unknown, but it’s amazing news nonetheless. The tweet has since been deleted.

The last that we heard, the album was due to arrive in 2014. Speculations ranged from “maybe the label didn’t like the album” (pfft, please) to “they wanted as much time to perfect it as possible,” and from the sound of Stuart’s tweet, it seems like the explanation is closer to the former.

Oh man, I am so excited for this. 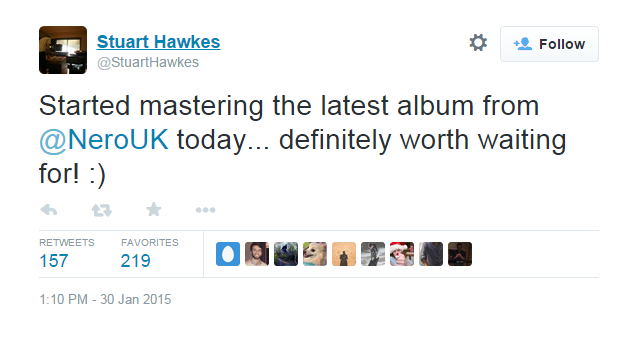