Tomorrowland continues its global expansion with the incoming kick off of its Brasil installment. The three day event titled Tomorrowland Brasil is slated to begin on May 1st and will last through to May 3rd. While tickets sold out in record time even prior to the lineup’s announcement, we are happy to finally reveal who will be playing at the massive event.

With Hardwell, Armin Van Buuren, David Guetta, and other AAA names, the lineup’s phase 1 is far from surprising as it mainly appears to capitalize on name recognition over musical discovery, but that aside, attendees are sure to have a great time. You can view Tomorrowland Brasil’s phase 1 reveal down below. 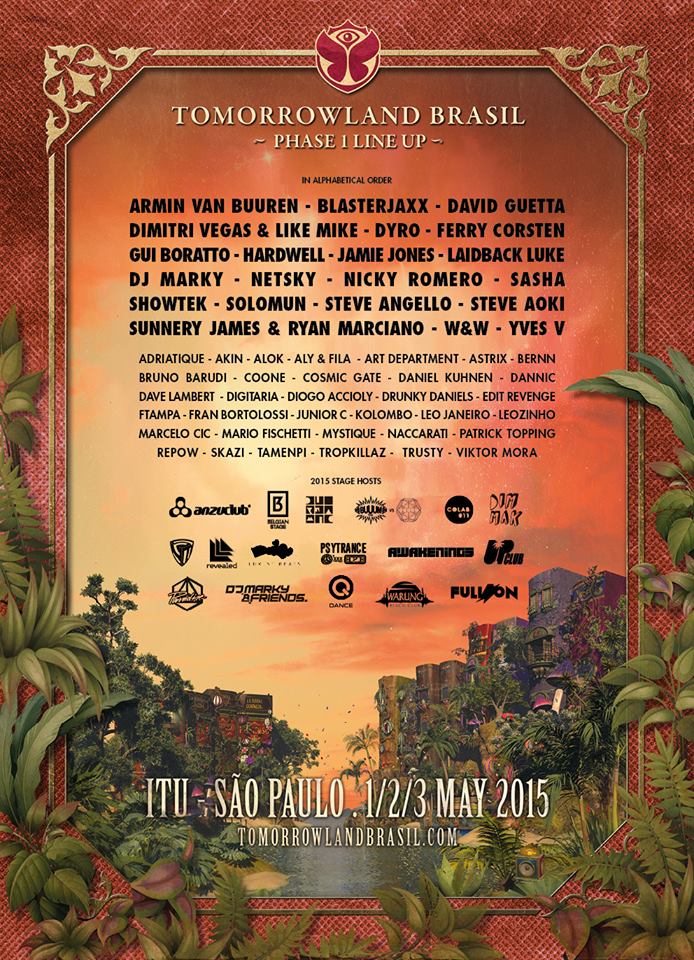 Your EDM Premiere: ALL MINE – Vol 1

Your EDM Premiere: ALL MINE - Vol 1