Yeah, you read that right, Sonny Moore aka Skrillex was leaked via Twitter as a headliner for the legendary Toronto-based Veld Music Festival.

The tweet was taken down minutes later but we were able to find a screenshot of it floating around in Toronto Rave Community (thanks to Jason Rhynold). If this announcement is indeed legitimate it will be a big one for the festival, as Sonny looks to takeover EDM in 2015 between his solo act as Skrillex and two duos Dog Blood & Jack U.

Both deadmau5 and Hardwell have already been announced for the Toronto based music festival. Veld is scheduled to take place at Downsview Park on August 1st and 2nd. Tickets will be going on sale tomorrow at 12:00PM. 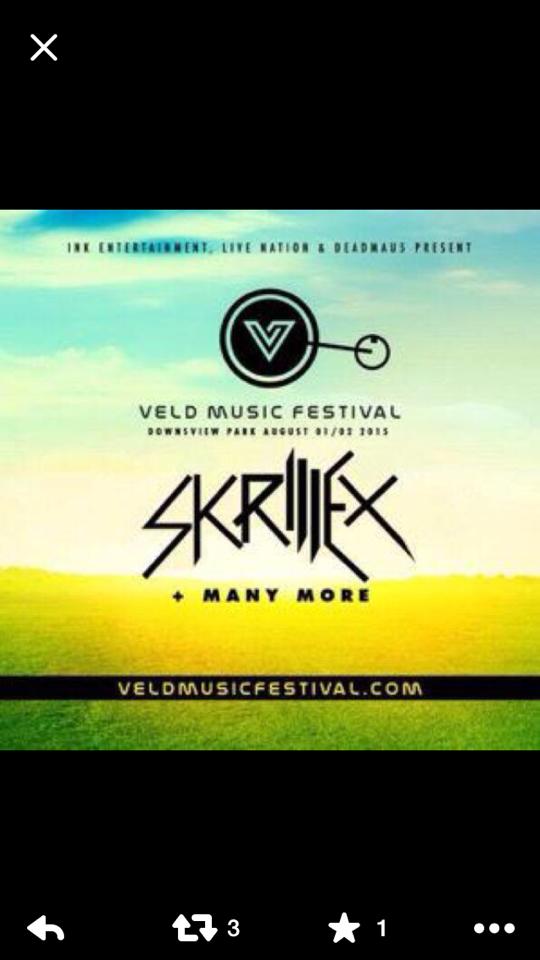