Get Lost Prepares to Celebrate 10 Years in Miami

by KSpence
in Events, Featured, Techno

In 2003, underground artist Damian Lazarus founded the Crosstown Rebels label, a place where producers like him could have a voice and share their music with the world. Their roster currently includes some of the biggest talent like Skream, Maceo Plex, Totally Enormous Extinct Dinosaurs (TEED), and more. Only two years after Crosstown Rebels’ inception, the gang hosted their first Get Lost party as an after hours affair during Miami Music Week, back when dance music was a much smaller, more intimate gathering of fans and artists. Over the past decade the Get Lost Parties have grown exponentially, remaining a staple for any underground fan in town for MMW. Next Saturday marks the 10th anniversary of this incredible party, which runs for a full 24 hours nonstop. There are so many unique qualities that set this apart from other events. For starters, the location and lineup were a secret at the time ticket sales commenced; fans had to purchase a $50 “ticket of trust” before either were announced. Second, the party is come and go as you please, an incredibly rare thing for concerts these days. Third, the schedule is practically tentative, as anyone can show up and play unexpected sets and b2bs with their friends at any time throughout the party. But how could one choose what times to attend Get Lost Miami, when the possibilities for good music are endless? It’s the question underground fans grapple with every year, as they pump a stream of energy drinks into their bodies while they fight to stay awake.

Tickets for Get Lost Miami are currently on sale, and though the lineup has been announced, the location still remains a secret. You can see the massive list of artists playing below: 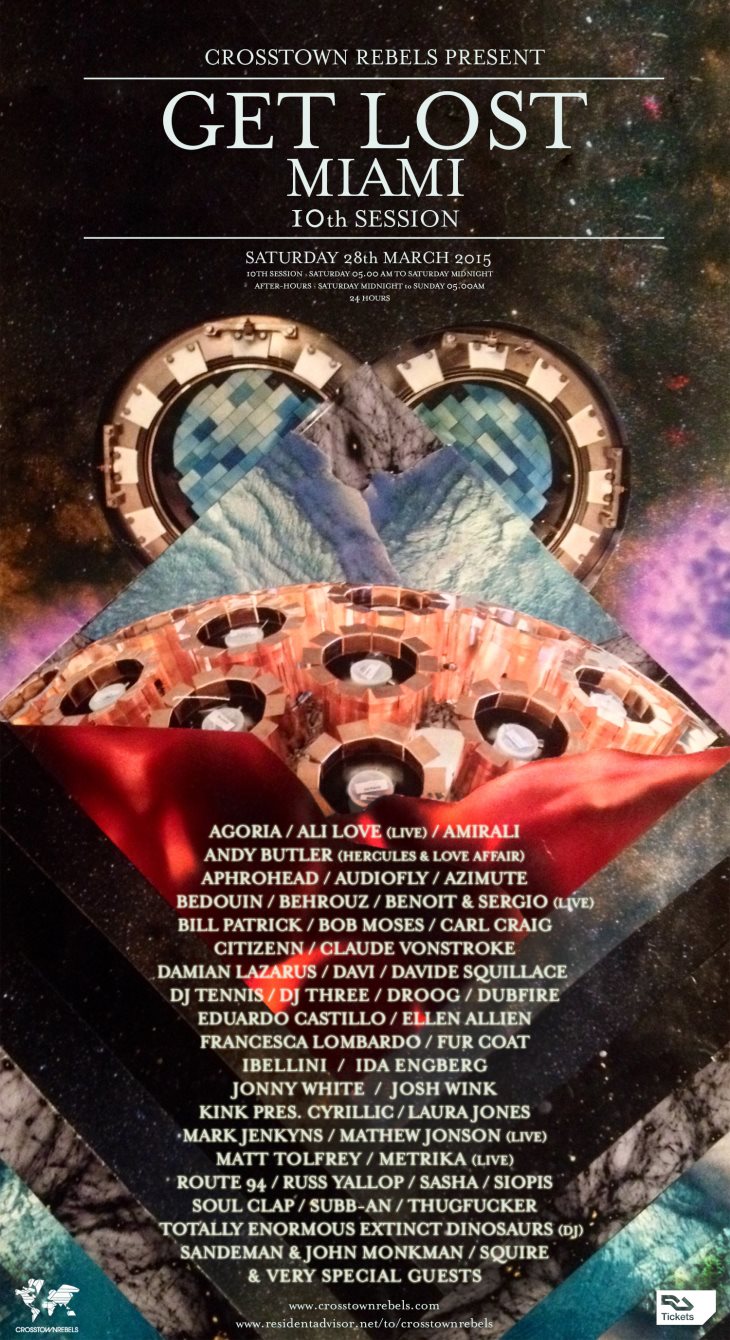 Your EDM Premiere: David Vrong – Bring Me All ft. Olivera

Your EDM Premiere: David Vrong - Bring Me All ft. Olivera