Last night proved to be an eventful one for of Dubstep’s leading artists, Borgore. Scheduled to perform at the Electric Lounge at SXSW, it would appear that a scuffle broke out between bouncers and Borgore that resulted in punches being thrown and Asaf being put into a chokehold.

Other than Borgore, Crichy Chrich was also part of the fight citing that he jumped in to help Borgore. The fact that a fight broke out between bouncers and artists is unacceptable, considering the artists are the venues’ paid guests.

Although the exact location of the fight is not confirmed, Borgore tweeted about the fight before deleting it early this morning:

“A bouncer put me in a chokehold and I hit him with something fom the ground so he left me but someone’s getting sued.” — Booty Monsta (@Borgore) March 21, 2015

We are still waiting on more information and will update this post as it becomes readily available: 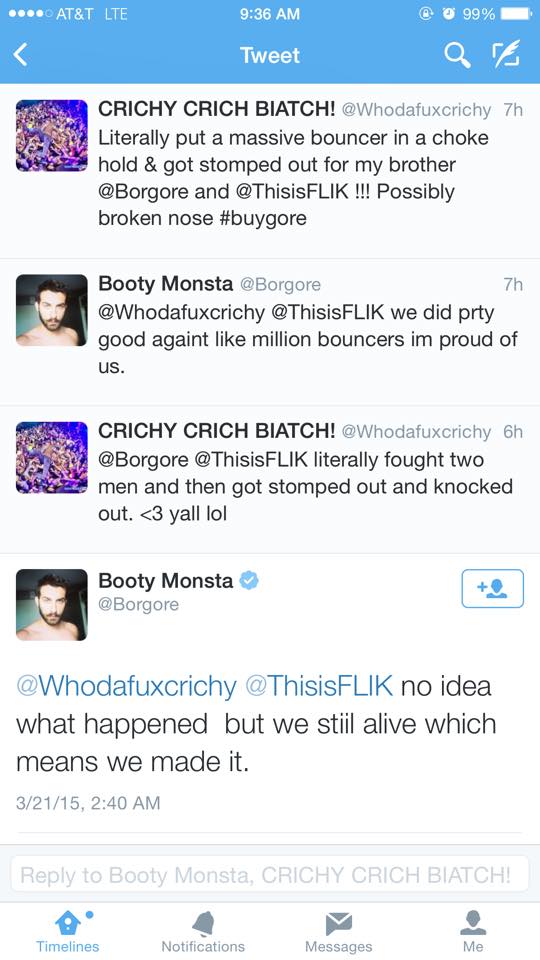