In this era, the daily lives and genuine personalities of some of the top artists and DJs are often greatly shadowed by their professional image and industry brand. We see very little of the actual, personal lives of people like Diplo and Skrillex. Even though the internet and rampant social media has allowed for nearly unlimited access to footage and pictures of these guys on stage, in studio, and at parties, we rarely get a chance to overhear a real conversation of theirs or their own unique perspective on the state of the music industry and their own careers. What we do see is what the brand-makers want us to see: ten second clips of Diplo throwing trap arms against a vague computer screen or high-quality, slow-motion videos of Skrillex jumping off the decks and wailing encouragement to the crowd. While these small windows into the lives of such artists aren’t necessarily fake or misrepresentative, they don’t nearly capture the whole picture that is Sonny Moore and Wesley Pentz as people.

Something that a lot of people forget, and something that I believe only adds to the starstruck feeling even more when considered, is that artists like this were once normal dudes like the rest of us. They worked their way through school, played boardgames with their parents, ran out of change at the vending machine, and bought tickets to the same crappy summer blockbuster movies as we did. What separated them, however, was their passionate and relentless dedication to honing their musical craft and spreading their sounds and ideas to the world. Given the chance to hear the history and tales from these artists’ rise to stardom, fans like us can gain a much more inclusive and broad understanding of the people behind the DJ names. Rather than basing our opinions on solely what the social media managers put out and instead listening to the full story, we can begin to look at these guys as humans first, and global sensations second.

Editorial-based blog Cuepoint recently posted a very (very) lengthy interview with the members of Jack Ü. While Sonny only made a couple short appearances during the conversation, Diplo let loose and detailed nearly his entire career history along with his thoughts behind his sound, travels, influences, and plans for the future. From his time reselling old records he stole from his school’s library, to his influence in Jamaica, to his claim of being the first “hipster,” the full interview is truly a music biz fanatic’s dream.

One of the most recurring points made by both Diplo and his interviewer Jonathan Shecter, was of the ever-rising tendency toward diversity in the dance music scene. Ever since his beginnings in Philadelphia’s party scene, Diplo mentioned that the crowd that showed up has never been one-sided.

When we rented out halls, community halls, and we did parties where you would have the art kids come, fashion kids, kids that are just were from the neighborhood, our friends, people we just invited. And eventually a word of mouth happened and these people would come and they would hear a Radiohead song mixed with a David Banner record or Missy and then the Clash. We were just doing whatever we wanted.

It was with this same mentality that the boys created the Jack Ü project. Rather than attempt to compromise their wide palette of tastes and styles, they choose to focus on their strengths and combine all of their influences into a coherent and fluid sound. 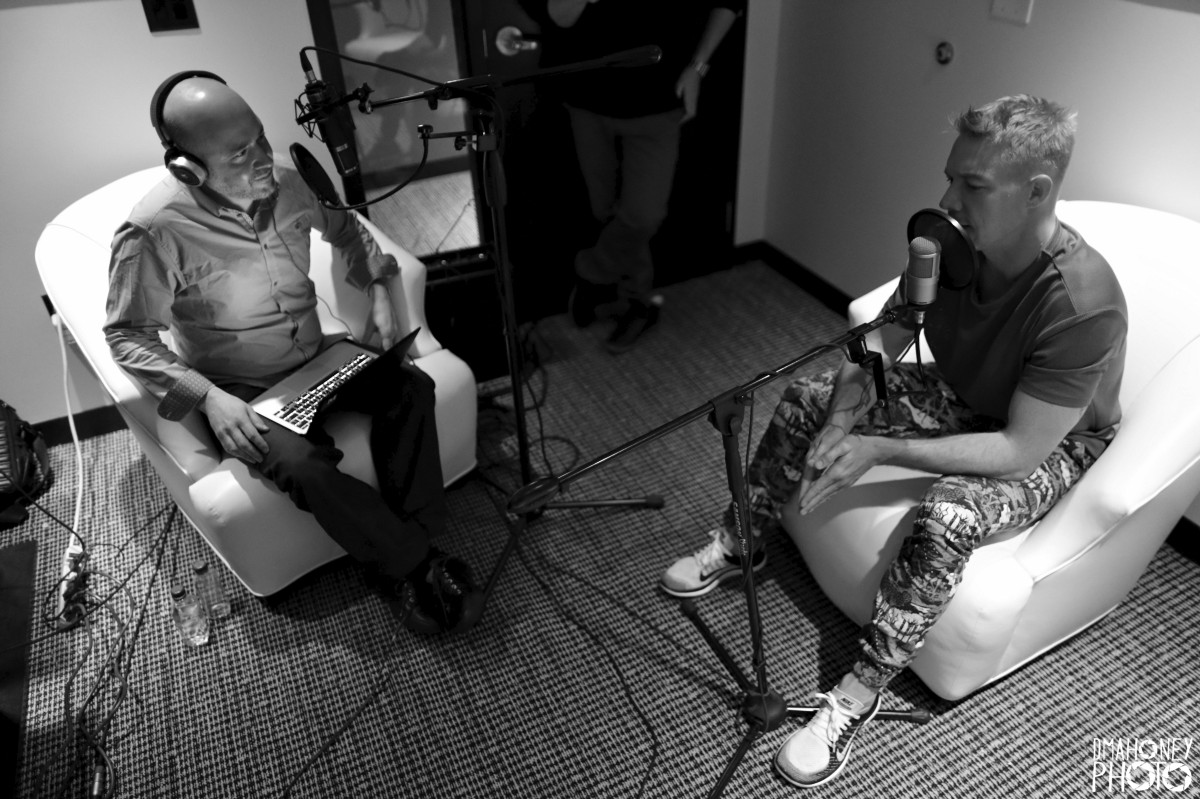 After the dust has finally settled over the big EDM boom from 2010-2014, it seems as though the true fans who have stuck around want something more than just a one-trick pony. Reaching new niches of listeners is the key to staying current, and with the inclusion of unexpected genres, mashups, and throwbacks, it’s no surprise Diplo has the DJ game down to a science.

Maybe Diplo represents just like eclecticness and being able to be strong. I think essentially being a DJ is about rhythm, and about taking the rhythm of a whole night and keeping people embraced and enthralled and into what you’re doing for the whole night. You’re never going to hear me play a straight up pop hit now that was big just to get a crowd reaction. If I do it I’m twisting it my own way, as kind of like my tongue-in-cheek way to play it. Because I play records that I love 100 percent.

To get the full story, visit Cuepoint’s site or listen to the recorded version in the player above.