This week Calvin Harris has been all over the news concerning his new realtionship with Taylor Swift, but for opening weekend, it will be all about the music. OMNIA Nightclub is the latest club to take over the Las Vegas strip and has already created quite the buzz due to its spectacular design, stunning visuals and all-star roster.

With tickets on sale now, opening weekend will make a statement to the world that OMNIA is here to stay. Don’t miss out on the grand opening and make sure to grab your tickets HERE. 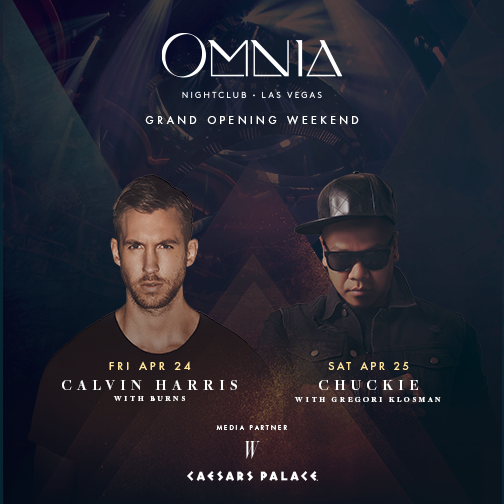