Coachella is right around the corner and with that comes the slew of new announcements and reveals. The most anticipated of them all though is that of its highly awaited set times. With a lineup including names such as AC/DC, Jack White, Drake, Alesso, Kygo and more, it’s no wonder fans of the event and artists want to make sure they get to see all the acts they’ve been waiting for. So enough talking and more drooling, we present you with the set times for Coachella’s first weekend! 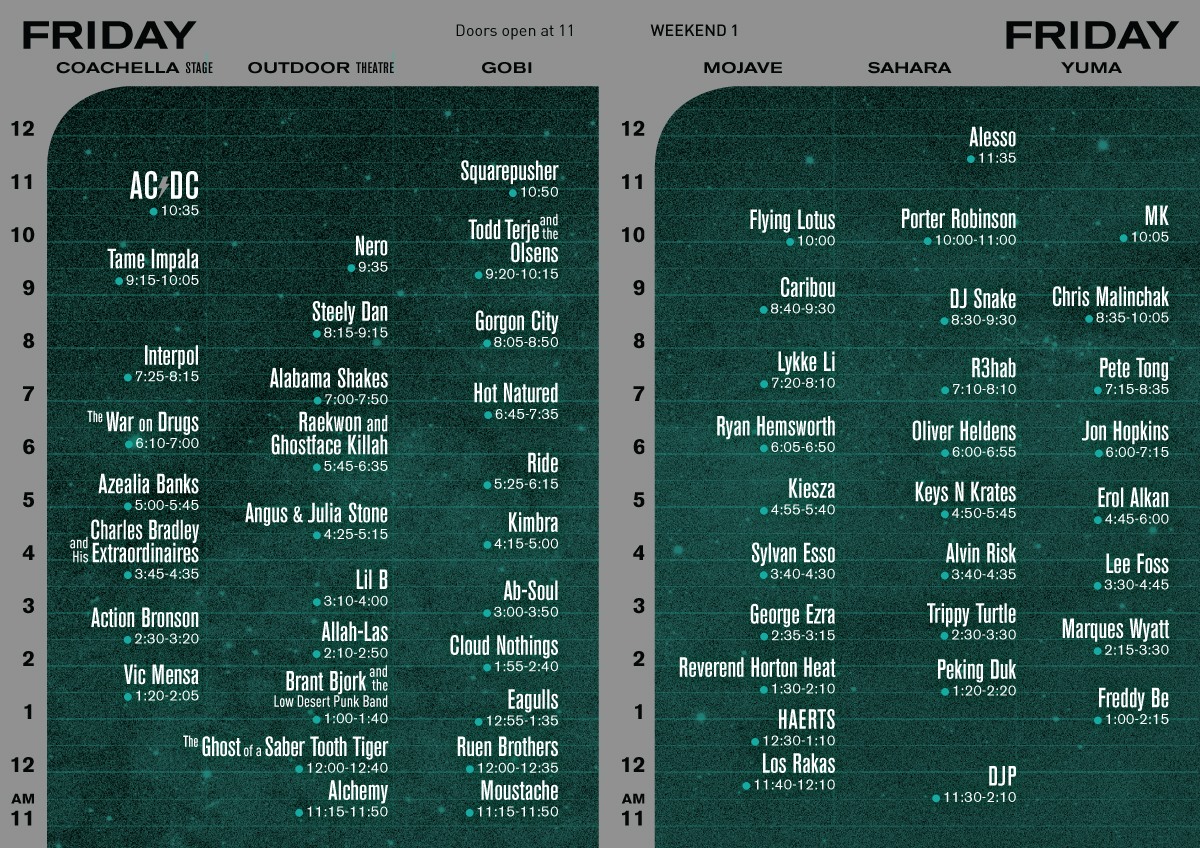 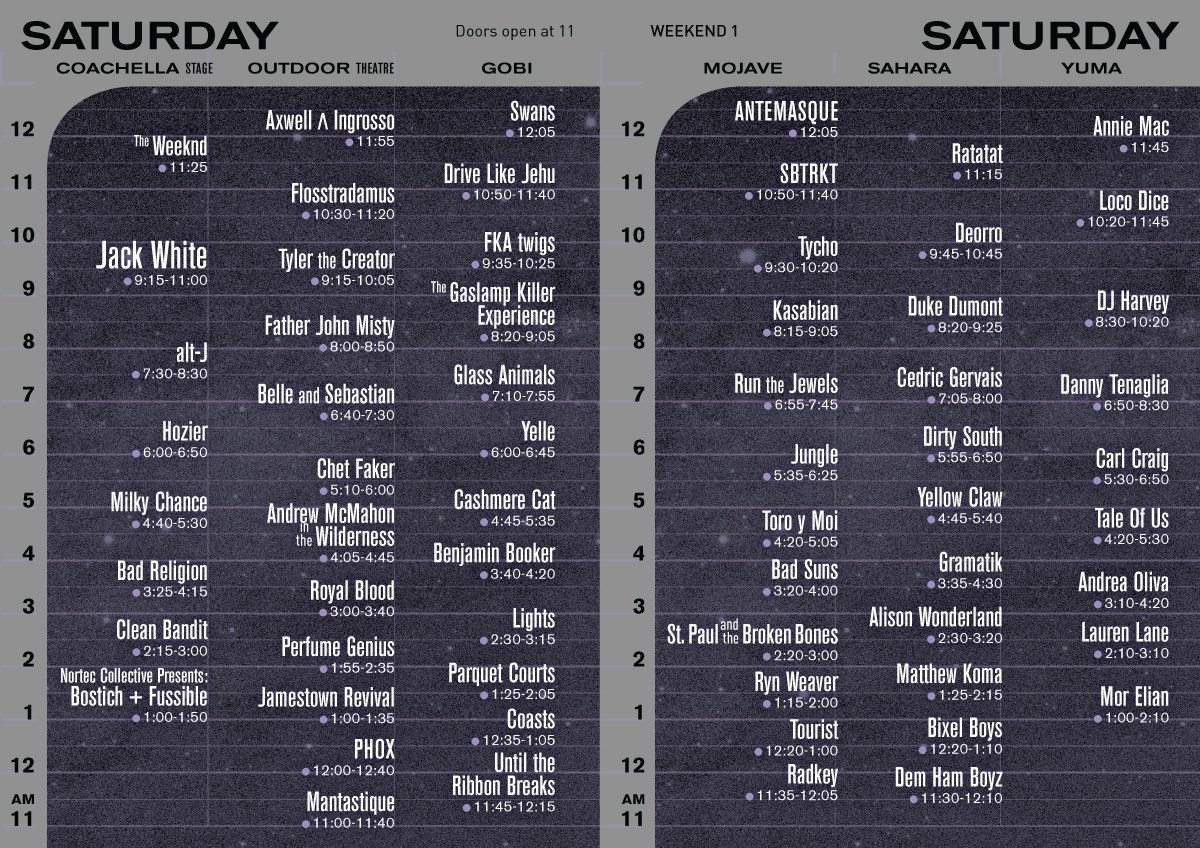 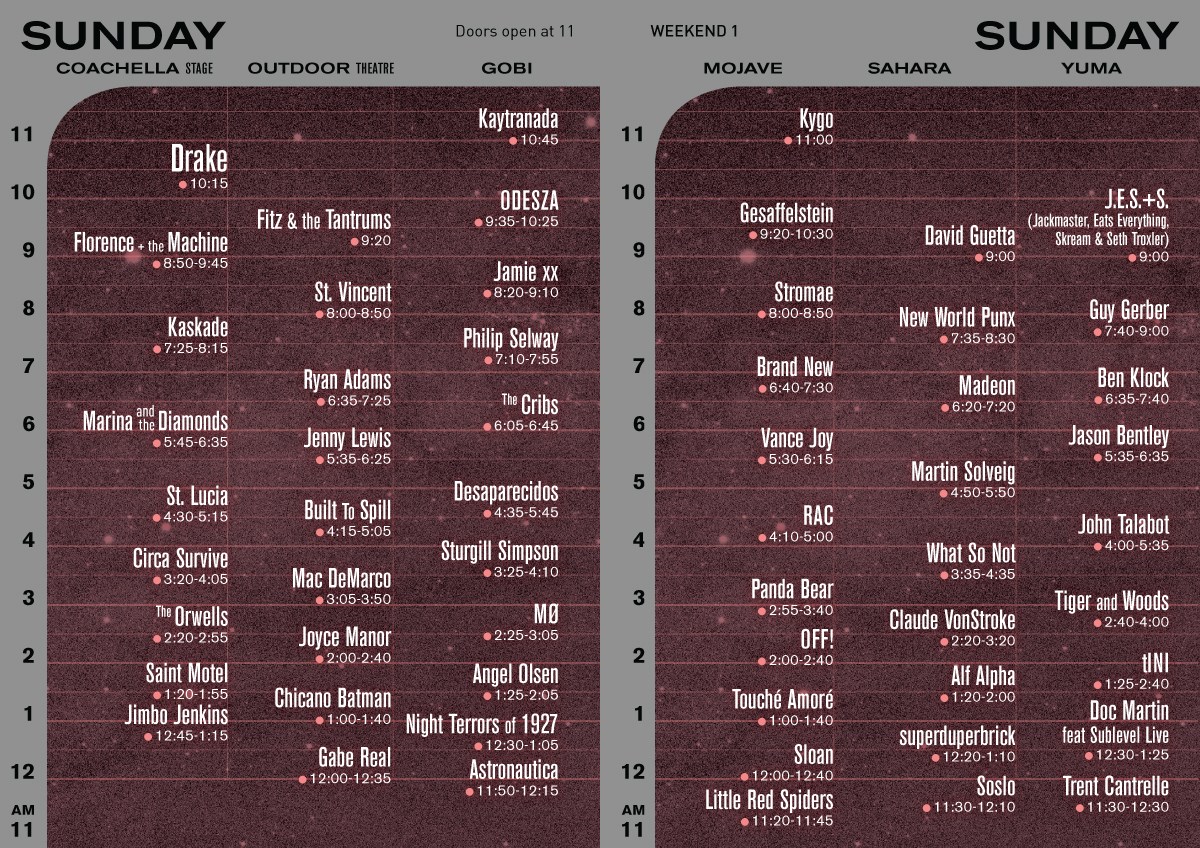