It’s hard to believe it’s been nearly 15 years since Bassrush first surfaced from the depths of the Los Angeles underground. Originally dedicated to showcasing a mix of futuristic drum & bass and old-school breakbeat vibes, Insomniac’s Bassrush family has since evolved into a world-class brand that continues to operate at the forefront of the ever-evolving bass music scene.

Just announced early yesterday, however, Bassrush intends to take the show on the road. With 14 dates lined up, the Bassrush North America Takeover is a true testament to all that Bassrush stands for. As ambassadors, the tour will feature 12th Planet, Loudpvck and Kove.

The tour begins next month in Detroit, days after Camo & Krooked, Funtcase, Lookas and more will slay the Hollywood Palladium in Los Angeles. Get your tickets here. 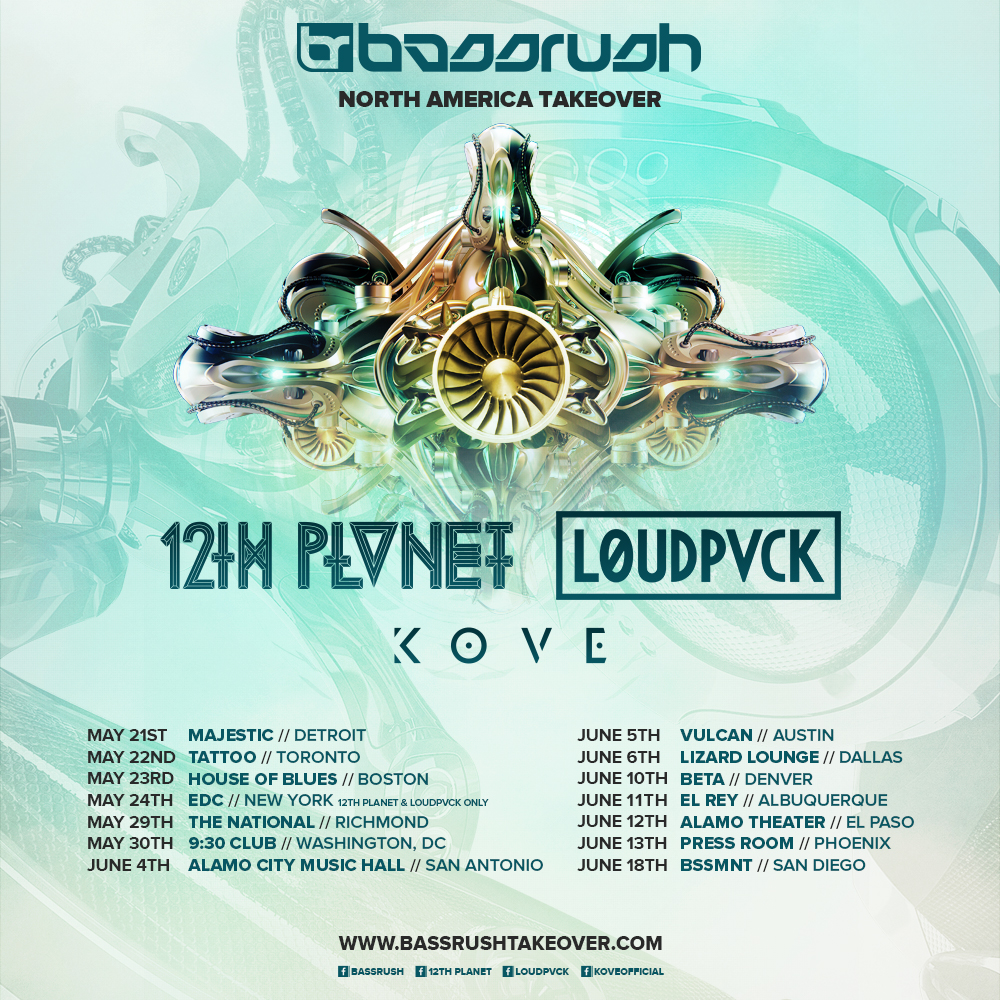