Insomniac, and its flagship festival Electric Daisy Carnival, are constantly showing other festivals how to run their own events. From organization to construction to merch, Insomniac has one of the tightest teams around. And a major draw of the festival is its stages. These immense towering structures quite literally go beyond what anyone has ever seen before. In 2014, EDC constructed the world’s largest stage, the main stage – kineticCATHEDRAL. Towering at 100 ft high and 440 ft wide, the testament to electrical and structural engineering was featured in likely over 1000 images across social media last year, and it continues to be shared thanks to its monstrous stature and presence.

But now that EDC is a “touring” festival, making stops in Mexico, New York, Orlando and the UK, how do you transport something that massive?? Well, the easy answer is that you don’t. In preparing for the various stop across North America and the UK, Insomniac had to go “back to the drawing board to reengineer the stage that made EDM history into a more functional touring stage.” The result was a modular version of kineticCATHEDRAL, scaled down to 90 feet high and 240 feet wide. Make no mistake, this monstrosity still weighs 200 tons and requires a fleet of “over 30 trucks” to move it across the country. (It was packed onto boats for the UK.)

In order to keep track of all of the various parts required to keep kineticCATHEDRAL up and running, Insomniac enlisted the help of UPS, which tracks each individual trussel or or hammer during shipment. UPS even assists with customs and permits, apparently, when traveling globally.

This has allowed Insomniac to remain one of the most influential event promoters in the world. By making kineticCATHEDRAL a traveling spectacle, fans watching EDC Las Vegas on the livestream are able to experience that magic for themselves. And since Insomniac is all about making the fans the Headliners, their entire vision is making the fans’ experience as magical as possible. 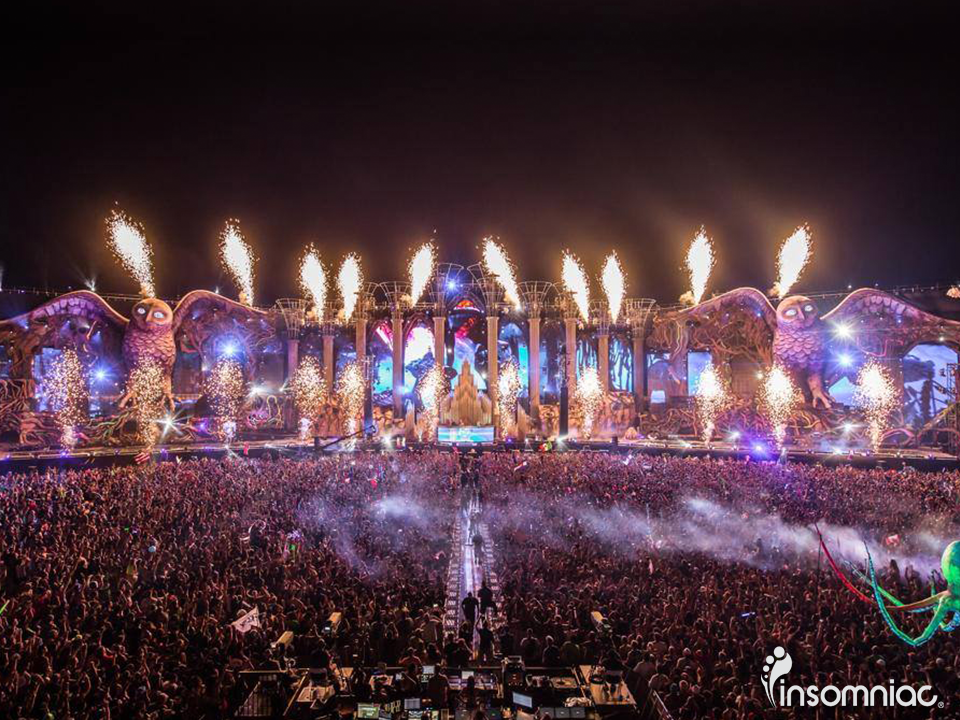