by Garrett Smith
in House

EDX, a revered veteran of the scene, has made a clear statement that he is bringing an end to genre confinements for artists through his music. With his massive Progression of Sound U.S. Tour just coming to an end, and his latest single, “Want You,” still making waves in the dance music community, the Swiss-based producer isn’t taking any time off, as he’s just announced a brand new tour and a new remix.

For his upcoming “Want You” North American tour, EDX will be traveling from coast to coast, playing eleven shows in 31 days, starting in Newport Beach and finishing in New York, while hitting a number of major cities along the way (tour dates below). The tour starts tonight and tickets are available here.

To give you a better idea of what to expect from the tour, have a listen to EDX’s “Indian Summer” remix of Sam Feldt’s “Show Me Love,” an upbeat, dance-floor-ready offering with a clear summer vibe. This remix is set for release on Spinnin’ Deep on June 1st. 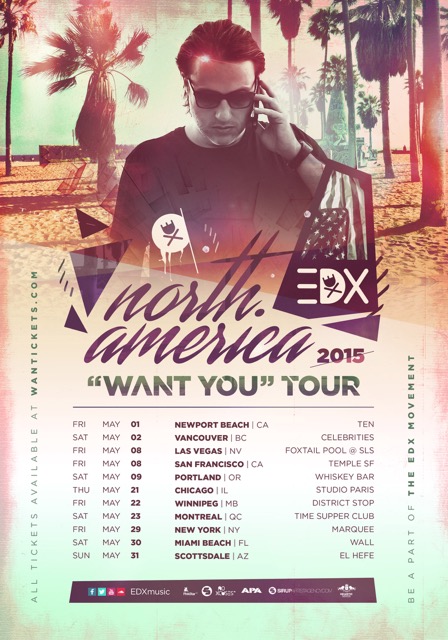