It’s no secret that Joel Zimmerman, better known as deadmau5, is a big fan of Canada’s very own Tim Hortons. From his coffee runs to repeatedly tweeting about the brand, Joel has inadvertently become quite affiliated with the coffee company. So it comes with little surprise that the man behind the mouse mask decided to perform at a private Tim Hortons event to celebrate the launch of their brand new summer drink, the Creamy Chocolate Chill.

Vice was on the scene and went on to describe the party as follows:

On the dark stage opposite the donut buffet, Deadmau5 pulls off his signature mouse helmet and can see clearly the crowd at this Toronto show: about 100 people in suit jackets sipping wine, beer, and what looks like giant chocolate milkshakes. There are no strobe lights. No girls on shoulders. No guys on Molly. Tonight’s recreational drug of choice is sugar.

“He’s been a great supporter of Tim’s for a long time,” Clanachan says. “It’s a cool relationship to have.”

You might also be wondering whether this invaluable amount of promotion by Joel is a result of a paid partnership, but to that David replies that their relationship is solely based on respect for each other, that and apparently a lot free Tim Hortons’ gift cards.

You can read Vice’s full coverage of the event here: Vice 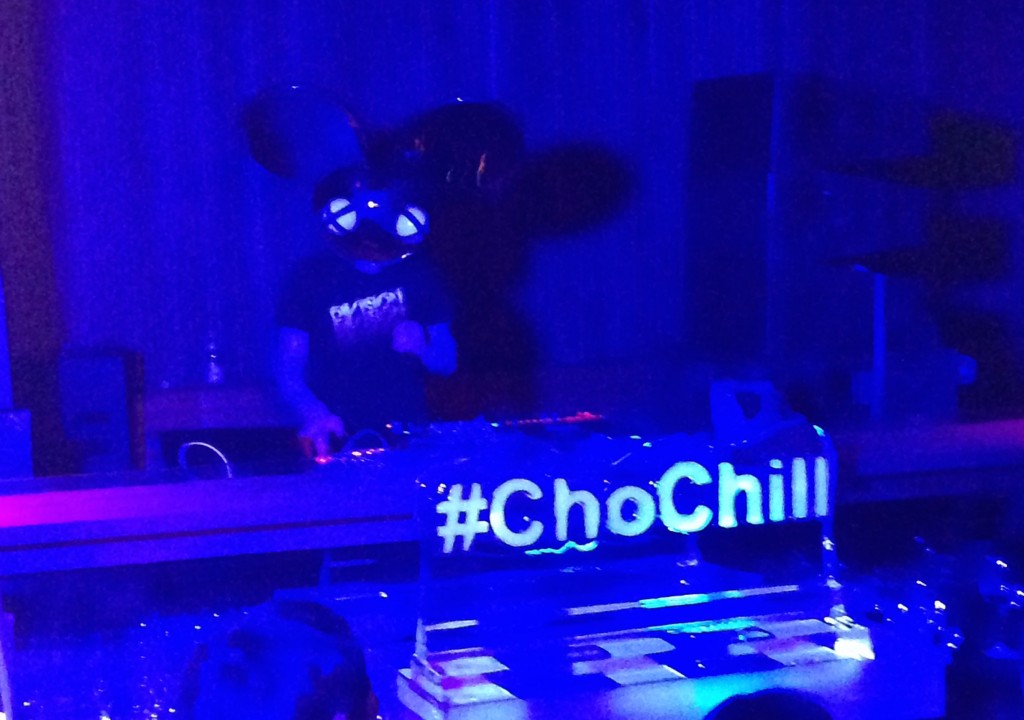 Insomniac Records is Back with New Arty Release

Insomniac Records is Back with New Arty Release