We have been at the edge of our seats wondering what Zedd is up to – posting mysterious tweets and teasing fans with surprises. After the many teasers of tracks from his sophomore album, True Colors, it was time to bring the music to a live audience. The wait is finally over and the secret is out as some of the tour dates for the highly anticipated True Colors Tour have finally been released. Sure enough Zedd is set to play some of the biggest venues across the country; namely LA’s Staples Center and Miami’s Bayfront Park Amphitheatre.

However the excitement doesn’t stop there as Zedd is adding him name to the short list of DJs that will have played New York’s Madison Square Garden. His date is set for October 2nd, and joins the ranks of Swedish House Mafia, Bassnectar, Above & Beyond, Jack Ü and Hardwell. The pre-sale tickets will go on sale May 14th at 9am PST, so be on the look out for the password to ensure early ticket access. This is an arena tour that you will not want to miss out on. Check out the flyer below to see if Zedd is passing through your city. 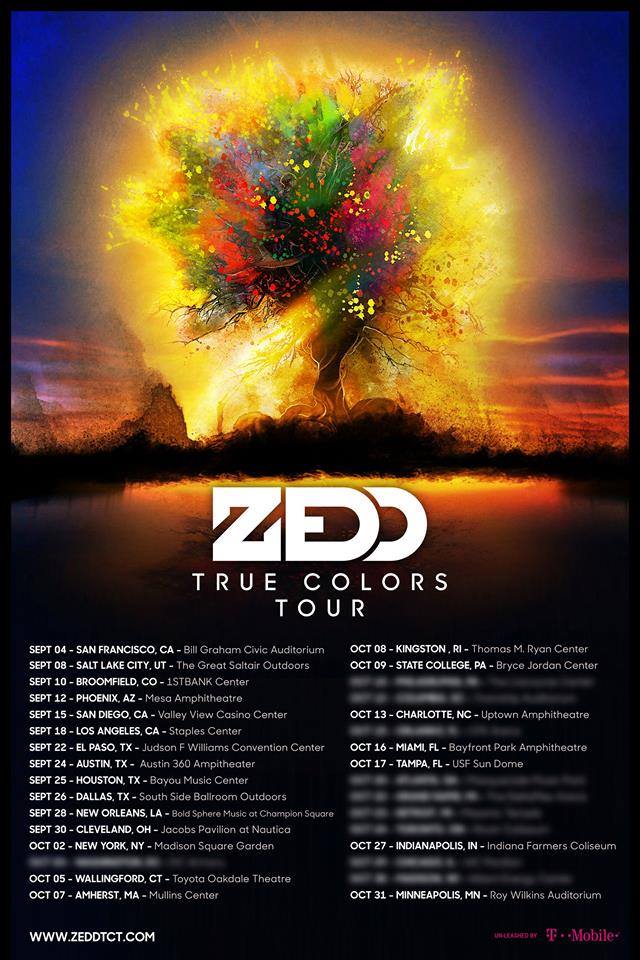 For more information on the tour/artist, check out Zedd’s Official/Facebook/Twitter/SoundCloud.