Social media makes everything quite transparent to others when you actually use it that way. Privacy settings are available on most services, but that safe guard goes away once you start commenting on the posts of others.

The feud between Insomniac & HARD figureheads is no secret anymore as news made its way across the blogosphere about their impending legal battle. However, we expected that feud to remain behind closed doors. Contrary to that hope, the harsh words have made their way over to instagram, as well.

If you weren’t aware, Gary Richards also moonlights as producer/DJ Destructo and performed in Los Angeles at Exchange LA this past Friday – a venue whose talent is booked by Insomniac. Now if that doesn’t sound like a conflict of interest, then I don’t know what does. As Magnetic Mag astutely points out, though, “the booking must have occurred when tension between the two was low. It was much too late to back out, so the show went on.”

After the show, Richards took to instagram to thank all of the participating parties: the opening acts, the venue, and the photographer; leaving out one lonely standout, Insomniac Events.

Rotella chimed in with “you forgot to thank @insomniacevents” but it didn’t stop there. Check out the screenshots below and form your own opinion. 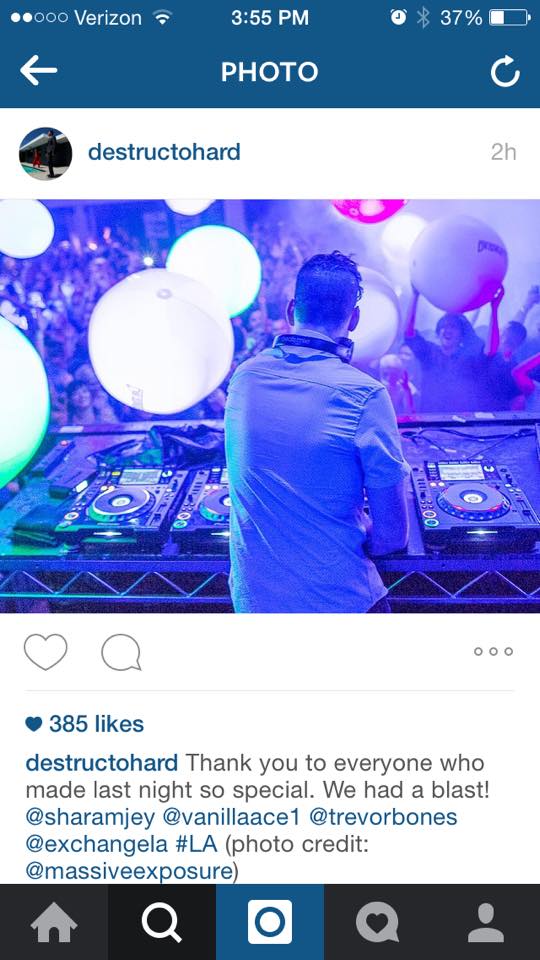 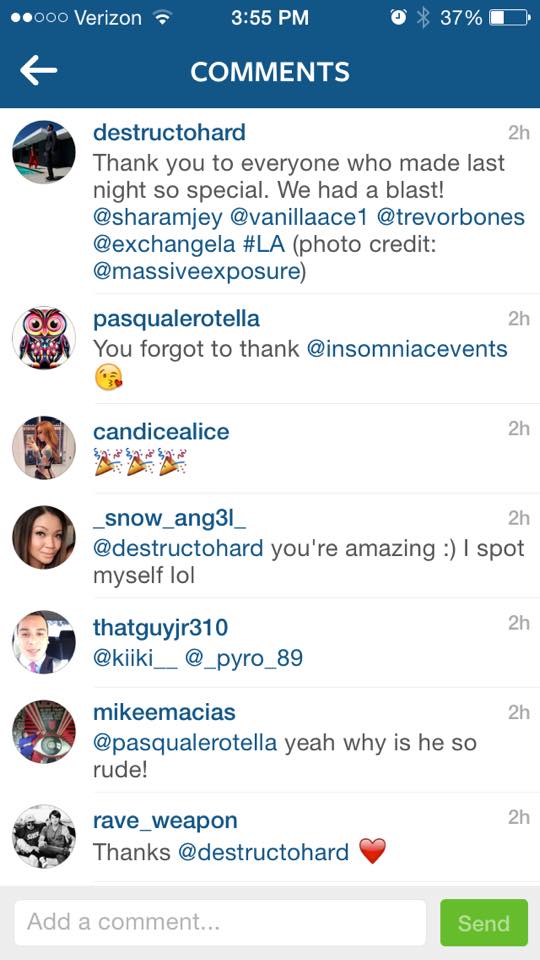 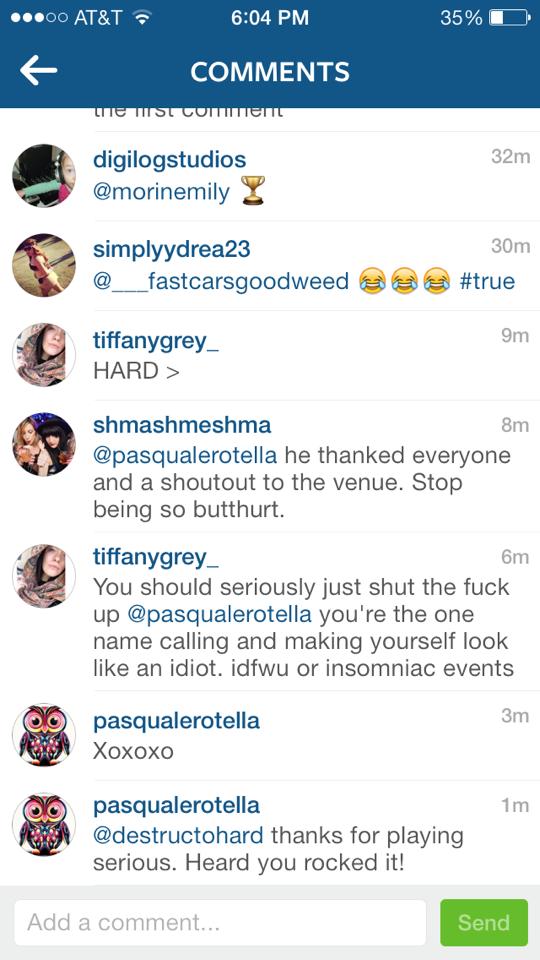