Global unrest and war plague our planet. Religious intolerance, racism, genocide; humans can be extremely unkind to one another. One of the most beautiful things in this world is how hate and judgement dissipate while on the mystical grounds of two of the world’s biggest parties: Tomorrowland and TomorrowWorld.

The amount of love and unity that can be felt when 360,00 people from 150 different countries unite in Belgium is legendary, almost palpable. The air is alive, love is freely given, and intolerance isn’t tolerated. Some people in this world have never experienced love and happiness at this level, if they did the atrocities mentioned prior would never happen.

Recognizing the power of the music festival culture last Wednesday May 27th was United Nations Secretary-General Ban Ki-moon. The message “Let’s work as one towards dignity for all,” was engraved on a wooden board and mounted on the grounds’ 600 meter-long One World bridge designed by Arne Quinze (see featured picture). 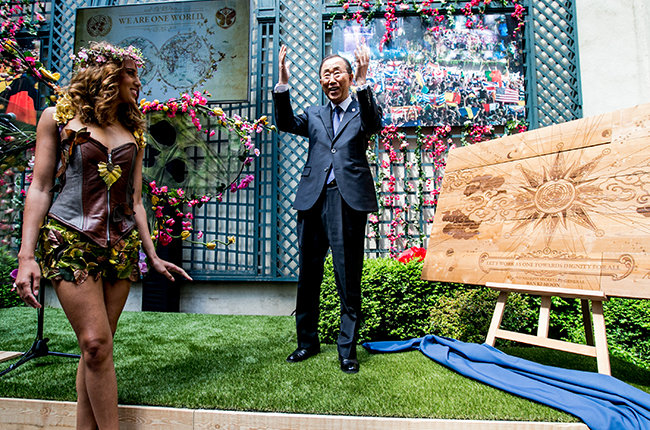 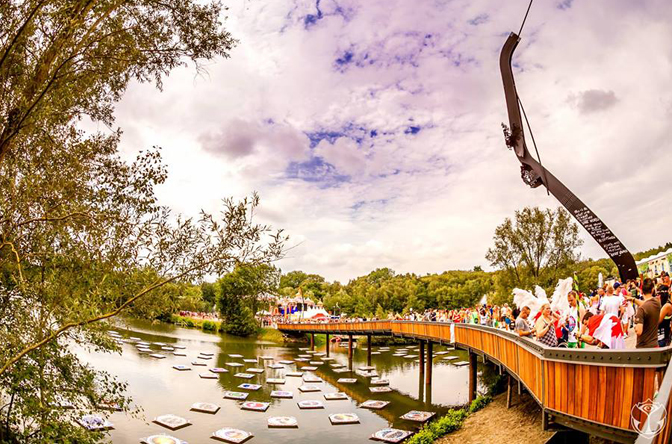 “Young people today are growing up in a world full of change. Tomorrowland demonstrates that it’s possible: tens of thousands of people coming together in peace and respect for one another to share a weekend,” said Ki-moon.

Ki-moon also met with Tomorrowland and TomorrowWorld founders Michiel and Manu Beers in Brussels to discuss the parallels between their brand’s values and how music festival culture has been able to reach to the core of the millennial generation so well.

“The One World bridge now displays 210,000 positive messages from everyone from our neighbors in Boom, Belgium to faraway friends in Australia,” said Manu Beers. “We are very honored to receive the contribution from the Secretary-General of the United Nations and we intend to continue to spread this message for many years to come.”

Single day tickets for the American sister festival to Tomorrowland dubbed TomorrowWorld are now on sale. Pick up your tickets today and prepare to lose yourself in ultimate happiness and incredible wonder in Georgia’s Chattahoochee Hills this September 25-27th. 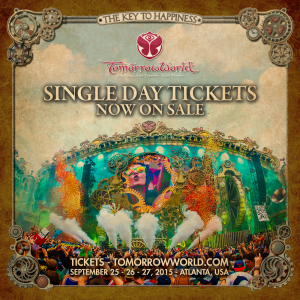 TomorrowWorld is known for curating the best line up you will see anywhere in the world consistently every year. 2015 will be no different as the absolute best names in all genres of dance music have been chosen to headline the 3 day epic festival. 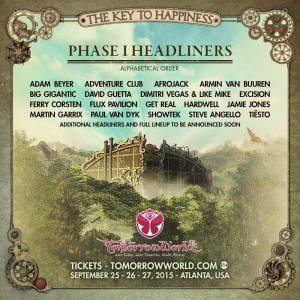