A lot of organizations strive to be the best and most reliable source on a lot of things. Angie’s List did it for contractors and utilities, Yelp wants to corner the market on restaurants and food (at least they think they do), and Global Drug Survey hopes to be the foremost source of information on current drug trends worldwide.

Why is this an important issue? Because knowledge is power.

Accepting that the hidden masses of those who use substances are not the focus of government research or public health interventions, we seek to inform the wider drug using populations about their use of substances in a way that is meaningful, relevant and useful.

“Findings for 2015” is a bit of a misnomer, as the study was run between November and December in 2014. However, future trends are fairly easy to predict considering GDS’s 15-year role in information aggregation. However, over the course of that month, GDS surveyed over 100,000 people and acquired over 4 million minutes of data.

A few of the findings follow common stereotypes, such as risk of dependence on alcohol is highest in Ireland; or more males smoke cigarettes than females.

Some good news is that use of research chemicals has been declining. 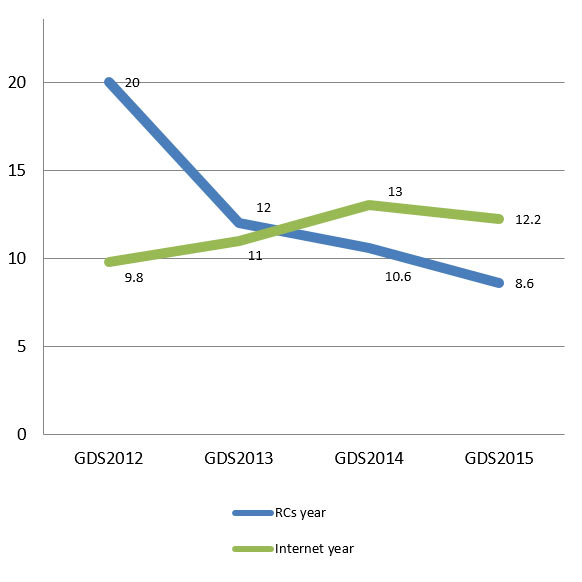 Unfortunately, there was an increase in the amount of people seeking EMT assistance following MDMA use. 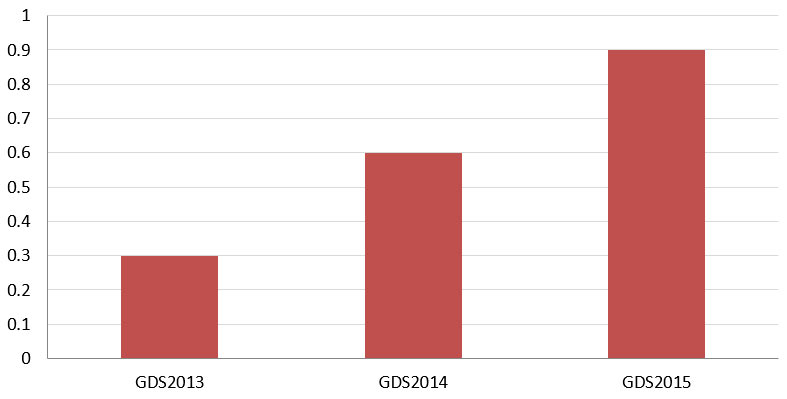 This could be partially due to the increased doses of capsules and the amount of pills that people consume. The “recommended” dose for MDMA is no more than 100mg, but manufacturers are putting upwards of 300mg in their capsules, and the UK tops out use in other countries with 0.42g/session.

“What they’re doing is basically a pissing contest. One told me it was a competition between manufacturers and a race against themselves. The other described his 330mg pill as a flagship product, as a way to get known in the scene. They felt that users would know to dose them, and that the amount of MDMA would eventually stabilize around 200mg.” 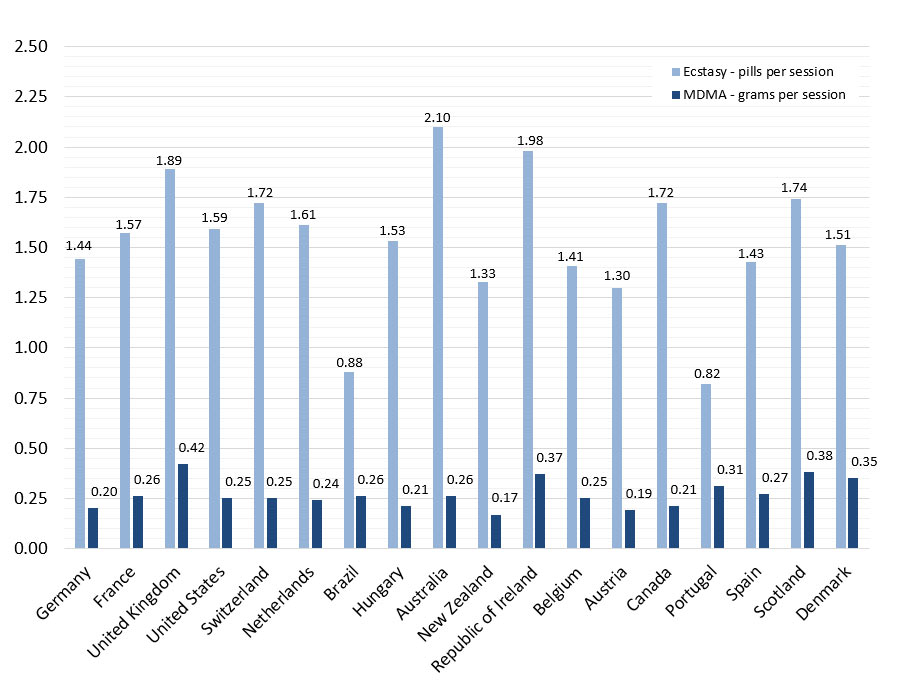 There’s a bunch more information on their website that you can scan through, but overall, it would seem that drug use has remained constant, while increased access to the dark net has aided in various categories such as quality of product, satisfaction with purchase, and preventing overspending.

The Bud Light Whatever, USA Mixer Was One Epic Party | Are You #UpForWhatever EDC Vegas?

The Bud Light Whatever, USA Mixer Was One Epic Party | Are You #UpForWhatever EDC Vegas?