It’s all PLUR and games until someone whips out a confederate flag. 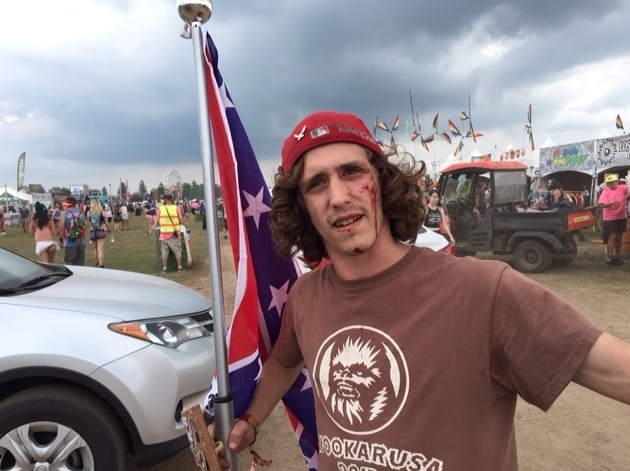 Maybe this guy hasn’t been watching the news lately. Maybe he was trying to troll people. Or maybe, he really just didn’t give a shit and is actually from the South. Either way, he did not start his weekend at Electric Forest off the way he wanted to. The unidentified man above was punched in the face by another festivalgoer yesterday for walking outside the gates with a Confederate flag. While I’m not one to condone any type of violence, especially if the man above wasn’t actually provoking anyone directly, as a black woman I don’t condone any type of racism either.

Moral of the story: don’t be a dick at a festival. Respect everyone around you, or prepare to get rocked in a face.