Have you ever wondered what it’s like to get married at a music festival? A week ago, it was reported that Electric Forest might have seen the first gay marriage at a music festival. It seems that the air in Sherwood Forest was full of love, as news of another wedding from the forest has emerged, complete with your [not so] typical wedding photos.

It’s almost impossible to distinguish who is a stranger and who is a close friend in these pictures. The electronic scene is built upon universal acceptance and love, and this wedding really embodies the core values of the EDM community. It’s truly beautiful to see the community come together like this; the lucky couple will definitely be telling this story for years to come. 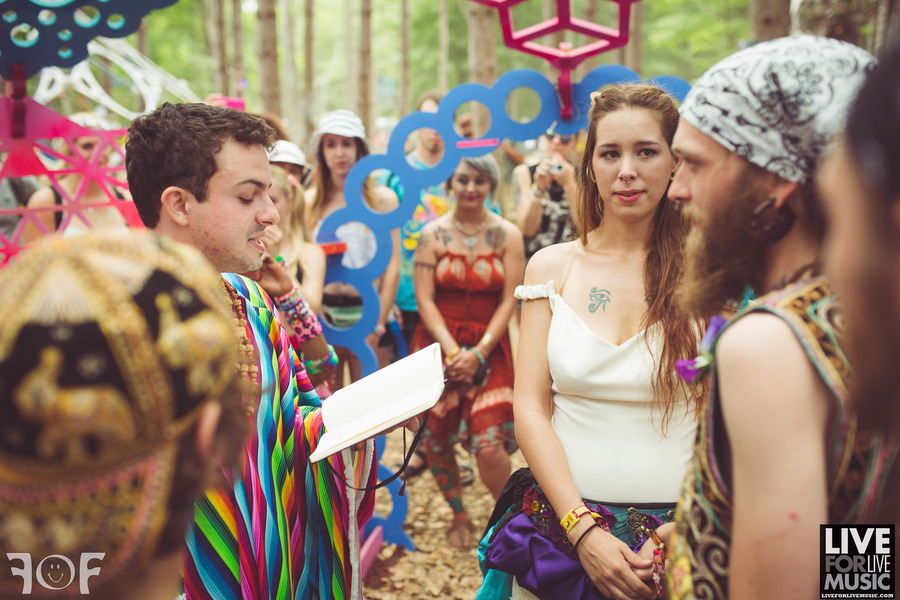 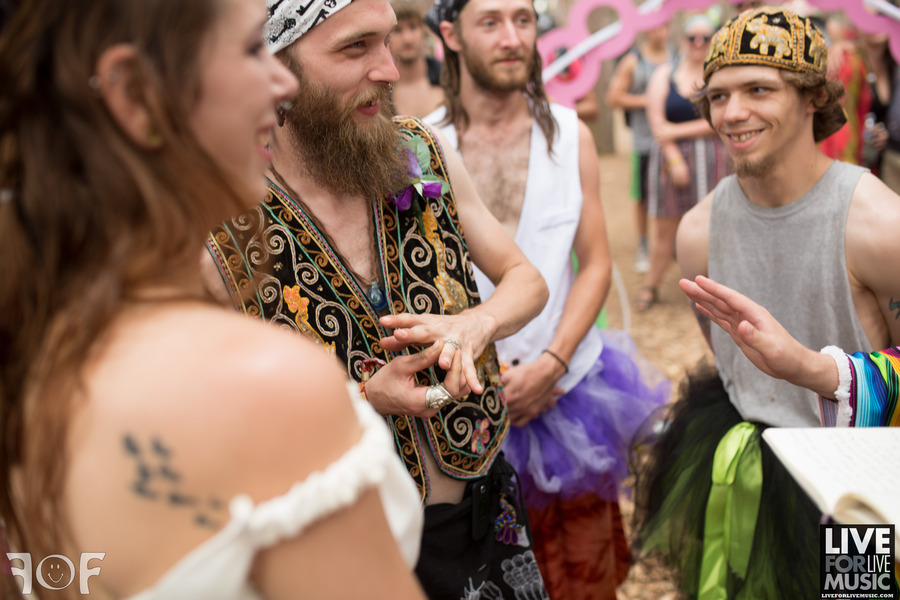 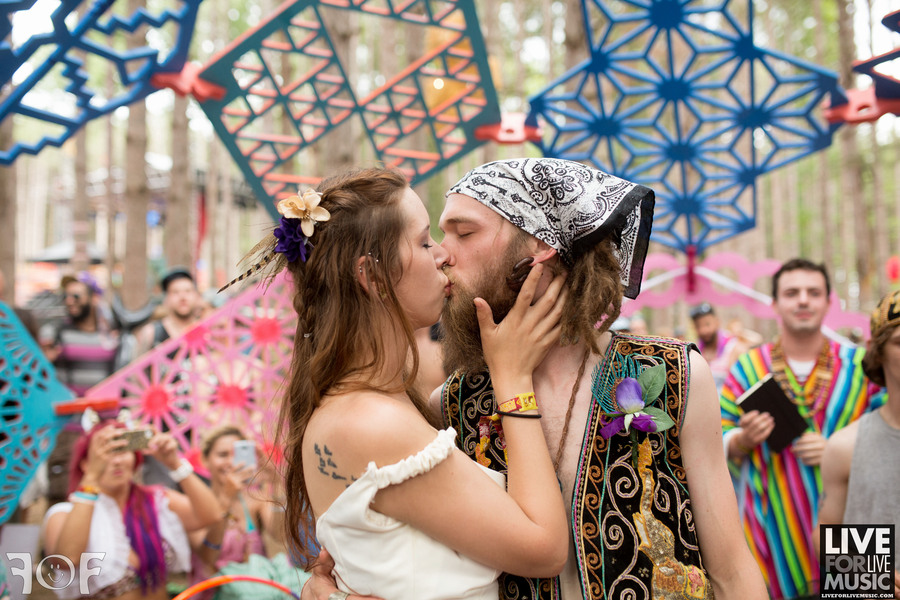 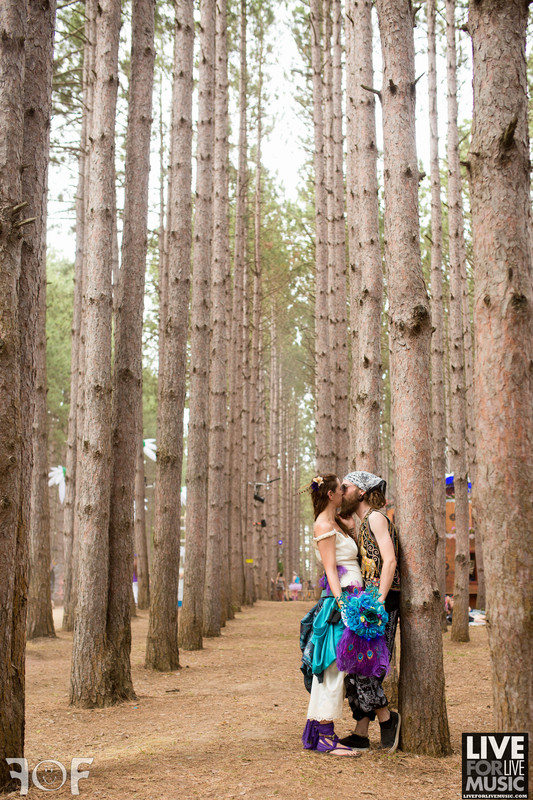 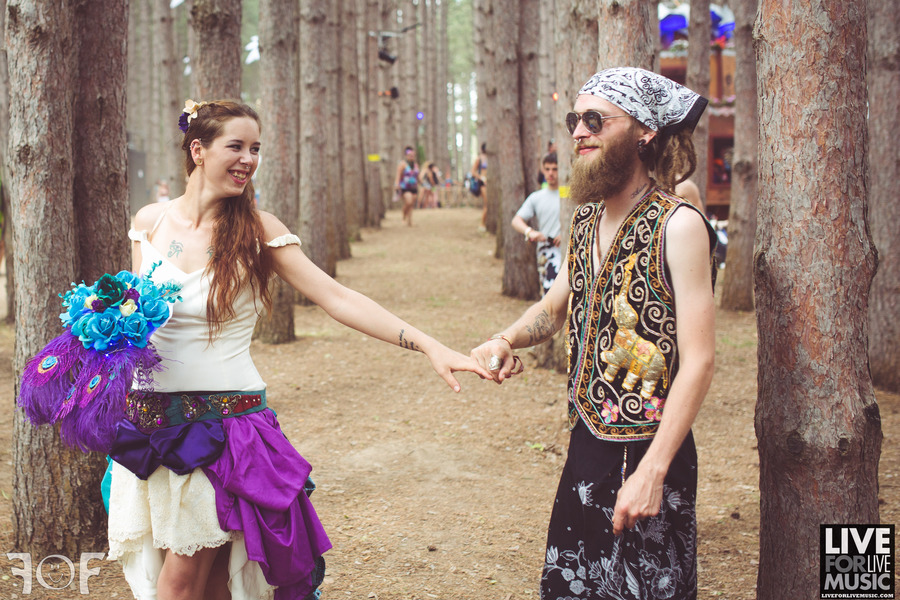 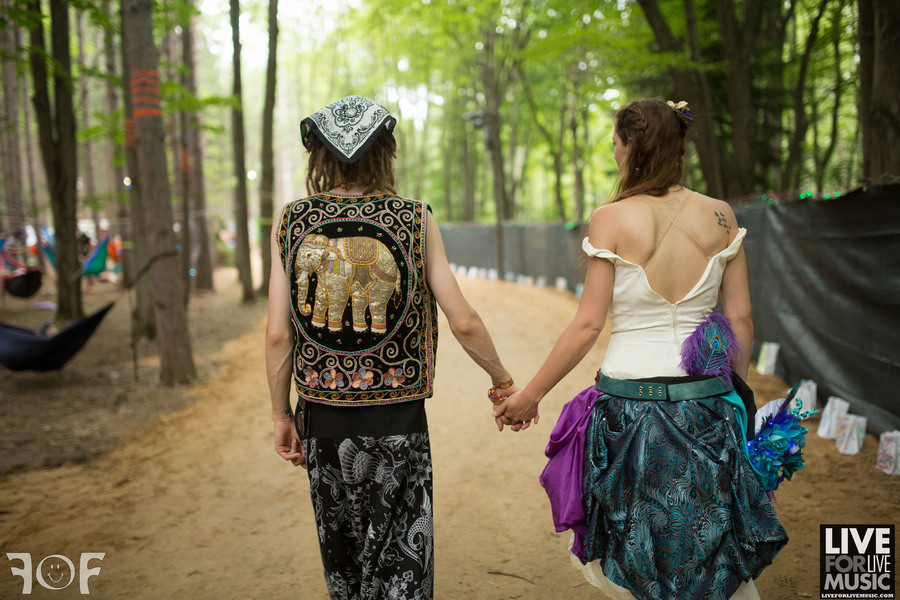 Check out what George Greenstreet, the man who presided over the wedding, had to say:

Welcome, everybody! We’re gathered here today… to pregame for Skrillex, obviously… but while we’re here we might as well join two beautiful souls in eternal matrimony.

They say love is everywhere, but at music festivals it’s certainly more concentrated. Thousands of beautiful people from all over the world coming together with no purpose in kind except dancing, connecting with others and maybe lighting a spliff or two. It’s an atmosphere of total acceptance and radiant positivity, and in that spirit Samantha and Justin have decided to have their special day here at Electric Forest.

Sam and Justin first met when they bumped into each other at a water park rave in Columbus. They got along great, but unfortunately never caught each others’ names. Rookie mistake, guys! However, chance intervened and Justin popped up as someone Sam might know on Facebook. They say love works in mysterious ways, don’t see why Mark Zuckerberg can’t lend a hand!

A three hour drive separated Samantha and Justin, but that was never going to keep them apart. They made the trip to see each other every weekend and through their mutual passion for music, their love blossomed. Before they knew it, that love had brought their beautiful daughter Karliah into the world.
Today, they’re going to be celebrating one more milestone in their spectacular relationship- pledging themselves to each other for a life of adventure and fulfillment. While the road here has been magical, it’ll be nothing compared to the road that lies ahead.

While Samantha and Justin are happy to have so much family here, unfortunately their blood relatives are unable to attend. They would particularly like to mention Samantha’s father Mark, who passed away two years ago. While he won’t be able to walk Sam down the aisle today, she’s bringing him along in spirit in the form of his wedding ring on her anklet. Let’s all celebrate extra hard in Face’s memory.