The University of Huddersfield has just honored Richie Hawtin with a doctorate for his exemplary work in the field of music technology over the course of his career. His most recent contribution came in the form of an educational program called CNTRL, which toured college campuses in an effort to introduce the faculties to the world of electronic dance music.

What made this award truly special, however, was the presenter chosen to hand it over. Sir Patrick Stewart, British thespian and one of entertainment’s most beloved figures, used his position as the university’s chancellor to personally award Richie Hawtin his Honorary Doctorate. 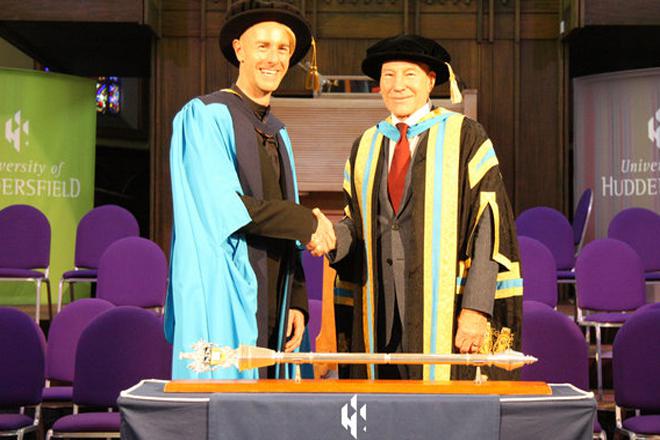 This comes as the third award Richie Hawtin has received in the last year. In addition to the Association for Independent Music’s “Outstanding Contribution to Music,” he was given the “Sake Samurai Award” by the Sake Samurai Association in Kyoto, Japan.