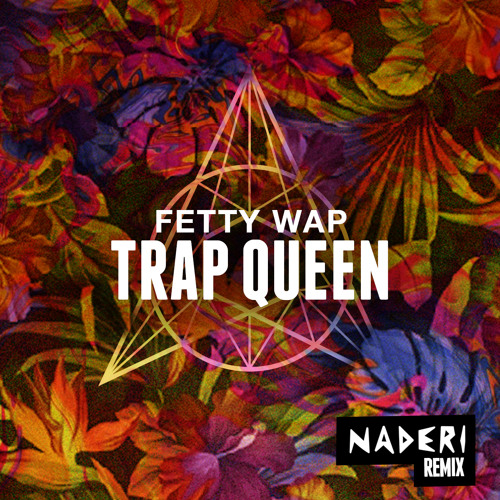 Australian native Naderi has been a longtime supportive force behind such acts as Flume, What So Not, Carmada, GRMM, and Nicole Millar. While he has only released a few of his own tracks, to the delight of his steadily growing fanbase, Naderi’s studio prowess makes his work immediately comparable to some of the highest quality productions. For his fourth release, he’s created a walloping future bass remix of Fetty Wap‘s instant classic “Trap Queen“.

It begins with foreboding, echoey vocal cuts and faraway atmospheric swirls. Soon, the voice cleans up, and is accompanied by warm piano chords and the consistent, light thump of a kick drum. The vocals are looped, and a powerful swell explodes into the break. Glazed and full synths push to the front of the mix, while complex percussive arrangements litter the space alongside Fetty’s chopped chorus. For a few bars, the intensity is reduced to a simmer as the piano is reintroduced. Naderi plays with different synth patterns and sonic combinations until the percussion is removed entirely for a short respite. A second rise brings us back to the drop and the cycle is repeated.

The full track can be downloaded for free here.