I’m not too shy to say that I’m among the group of people who have said that “trance is dead,” at least in the form that it once was. Though I don’t listen to trance, I too long for the days when Tiësto was pure and Armin van Buuren did more than the bare minimum.

Insomniac felt the same way, and so they created Dreamstate, their first ever all-trance festival.

Trance fans were understandably worried about the lineup, fearing that it would be similar to EDC’s trance, a popular offshoot called ‘trouse’ that is more similar to mainstream music than pure trance. But as Dreamstate’s Facebook page slowly rolled out the lineup, two artists per day, the energy was palpable. You could feel fans responding positively to the reveal of John O’Callaghan, or Orjan Nilsen, or Will Atkinson.

The energy and positivity creating by the lineup resulted in all tickets for the festival selling out within four hours of them going on sale.

I think it’s safe to say, unequivocally, that trance is not dead, but thriving. If you didn’t get a ticket, well … too bad. 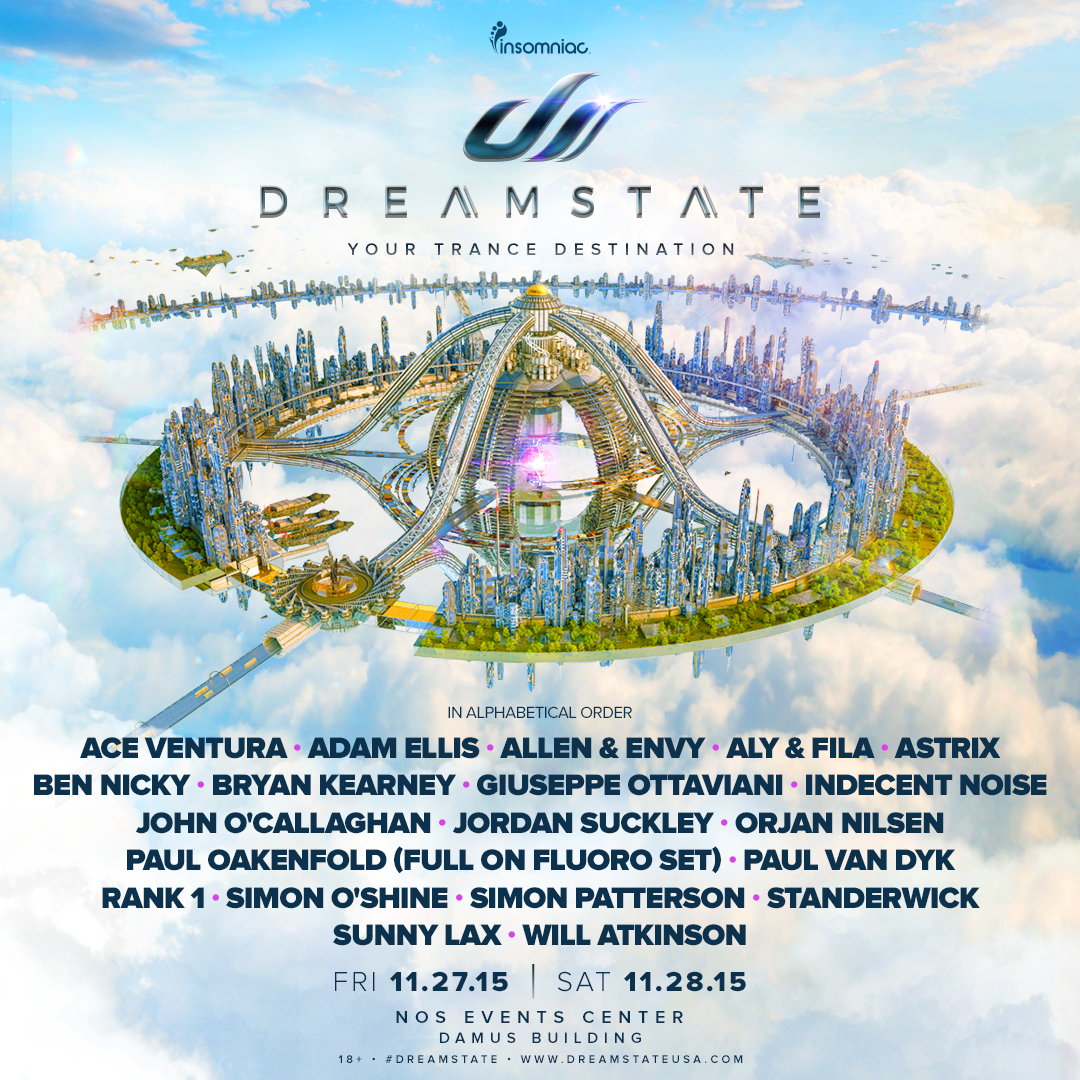