by Your EDM Staff
in EDM News, Featured, Video

Yesterday we reported on one of Las Vegas’s most popular hotels, The Cosmopolitan, after its “Bamboo Pool” spontaneously ignited, billowing smoke and spewing flames from the 14th floor on which it resides. Although still under investigation, the 100+ degree heat apparently combined with some sort of spark near the pool cabanas and artificial plants which resulted in the proliferation of the inferno. 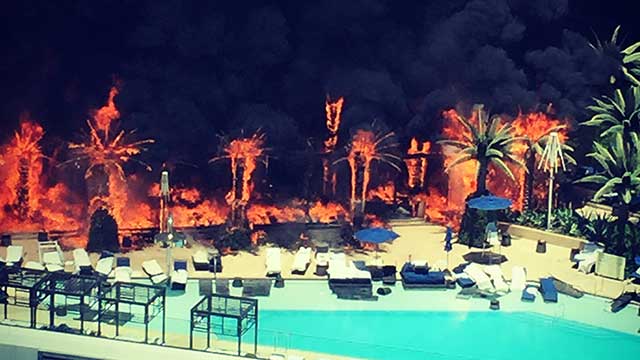 Although the area was quickly evacuated, and the fire was subdued after half an hour, at least 2 people have been reportedly hospitalized for smoke inhalation. Check out a video of when the fire first started and the resultant aftermath below… it’s pretty intense.

As you can see from the picture below, the conflagration could be seen from all over Las Vegas. 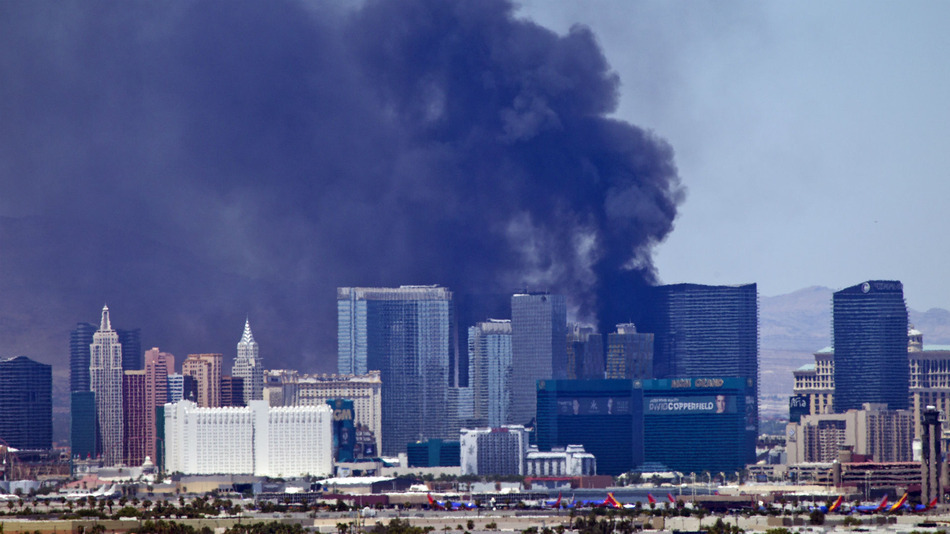