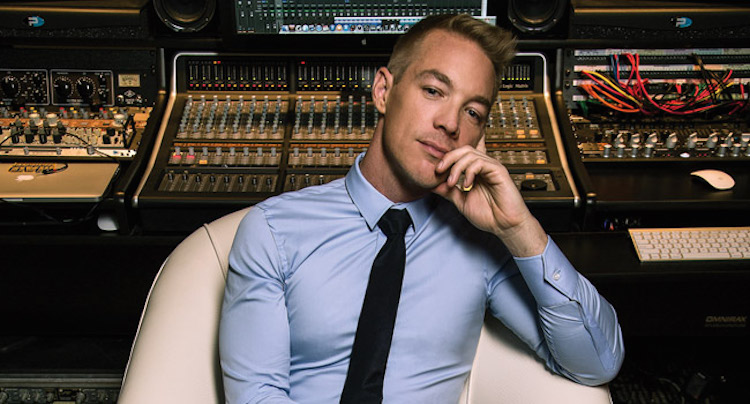 As a Los Angeles/Valley native, it’s nice to hear Diplo talking so fondly about some of my own haunts, like Burbank’s Bob Hope Airport or the Van Nuys private airfield, which I passed every week on my way to the driving range.

Stepping outside, where a shiny black Tesla was parked, Diplo pointed down the quiet suburban street to a karate studio and a gun store.

Diplo recently did an interview with the LA Times, speaking about his success as not just an EDM DJ, but a musical producer who has worked with M.I.A., Madonna, Usher, Beyoncé and Sia, among others.

“I’ve never, ever, ever called someone up after they’ve sent me a track and said, ‘Do not give this to anyone else, please!'” said [Sia]. “But that day it happened.”

In the face of his success, he has become an outspoken icon in the dance music world, showing up in a large variety of publications and online media news sites. As a half of the supergroup Jack Ü and the frontman for his reggae-inspired group Major Lazer, Diplo is juggling a lot at once, not to mention having his own label Mad Decent that will have its own annual nationwide tour soon.

Recalling a recent trip to Jamaica, where he said he heard countless remixes of “Lean On,” he insisted, “I’m not just excavating stuff and taking it home to my library. It’s a back-and-forth conversation.

The interview goes on to talk about the future of Diplo’s career, and how he might need to rebrand to get to that next step. For now, though, Diplo is taking full advantage of his position as a tastemaker and producer, relating, “I saw Usher at the gym this morning, and he put me in his car to listen to some music — like, ‘Wes, what do you think of this?'” he said. “People respect my opinion now to the point where I have a little leverage. I have to take advantage of that.”

With this overwhelming growth in his career on multiple fronts, it’s only a matter of time before holdout Rihanna finally says yes to a collaboration with the EDM DJ/producer. Referring to “Lean On” he boldy states “maybe we’re getting to the point where she can’t ignore us anymore.”

Read the whole piece from the LA Times here.