Get Ready For Asia’s Biggest Festival At Sea

Festival cruises have experienced a rapid increase in popularity, as they combine two vacation staples in one convenient package: cruises and music festivals (obviously enough.) Events like Holy Ship! are seeing increased attendance each year, so it was only a matter of time before promises of bigger and better shows started to appear. One of these promises comes from It’s the Ship, which boasts the title of “Asia’s largest and foremost festival at sea.”

Launching off in Malaysia, the festival will take place on a Royal Caribbean cruise ship, named MS Mariner Of The Seas. As the largest festival cruise in the largest continent on the planet, it’s only fitting that It’s the Ship have a star-studded lineup. Happening on November 20-23, this year’s show features sets from Adventure Club, Ferry Corsten, Carnage, and Far East Movement, and the headliners will be Kaskade and Showtek. It should be noted that Ferry Corsten’s set will be one of his “Full On” shows, which consists of a B2B set with an artist of his choice, regardless of music background. Ferry’s It’s the Ship set will feature tech-trance heavyweight Mark Sherry, an announcement sure to excite trance fans planning to attend.

Check out the full lineup below and head to It’s the Ship’s full website for more information and to purchase tickets! 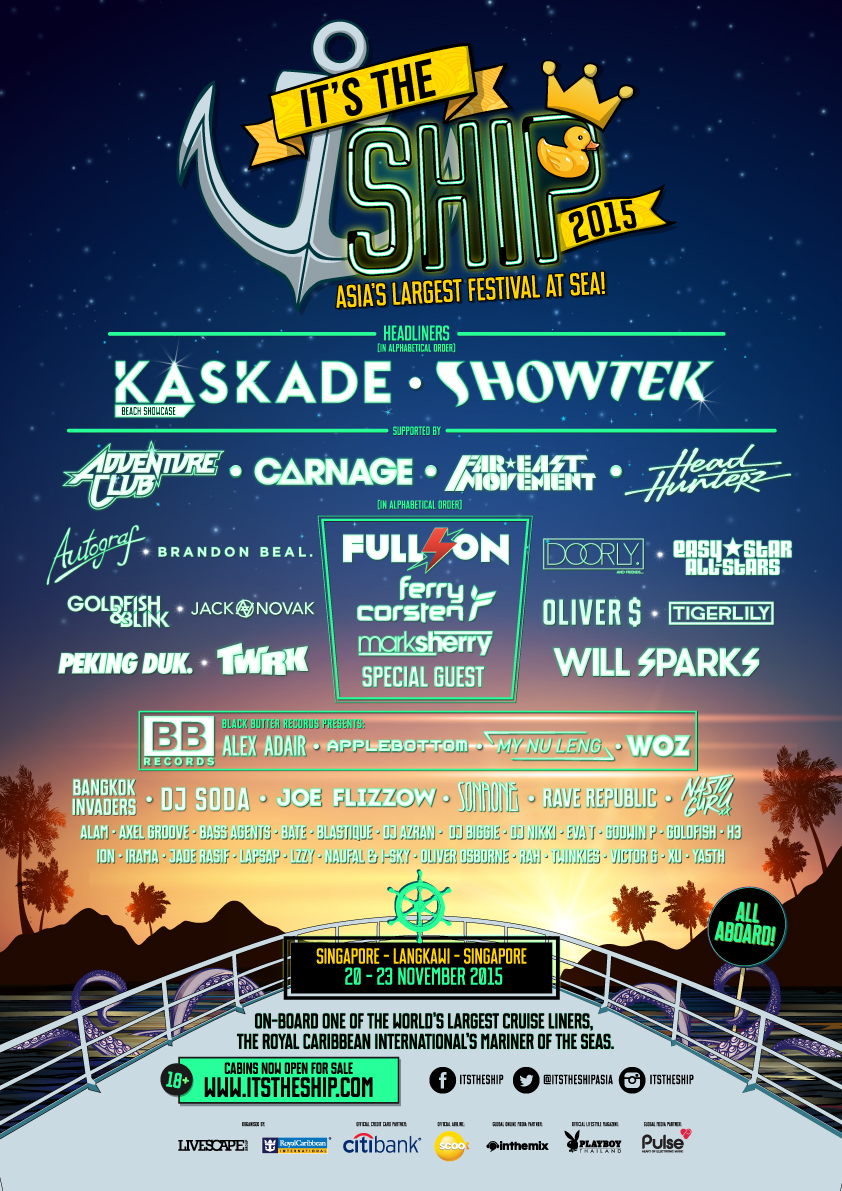