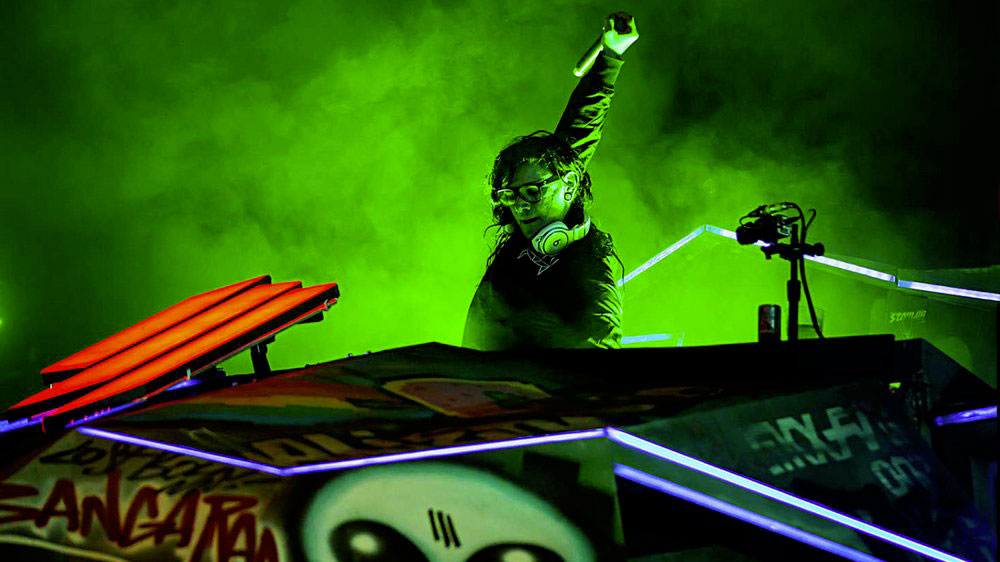 The United States was not the only country to experience the electronic music resurgence over the past several years. Many Asian countries developed scenes for EDM, and some of the best clubs and festivals in the world now reside in countries like Japan, Singapore, and China. India emerged as a front runner among these individual scenes, and the country drew artists such as deadmau5, Above & Beyond, and Armin van Buuren in the past two years alone.

However, one major producer remained an elusive white whale for Indian EDM fans, until now: Skrillex announced today that he will make his India debut this fall with four headlining shows. The VH1 Supersonic Arcade series is helping bring Skrillex to cities like New Delhi and Mumbai, and the dates mark a significant piece of his all-encompassing Asia tour for this fall, which includes an appearance at Ultra Music Festival Japan. Skrillex will also touch down in Shanghai, Singapore, Kuala Lumpur, Saigon and more during September and October, hitting a whopping 11 countries in less than 30 days.

Check out the full tour announcement below: