Tensnake has just announced dates for his upcoming fall tour in North America, and we couldn’t be happier. After dominating shows at Pacha Ibiza, Denmark’s Tinderbox Festival, and ANTS in Barcelona, the English producer will be returning stateside for string of clubs and festivals.

Starting August 1st in Full Moon Festival in New York, the tour features stops at Chicago’s Spy Bar, Insomniac’s Nocturnal Wonderland, and Vancouver’s Imperial, ending on October 17th at Kingdom in Austin, TX. While we anxiously await his return, relive Tensnake’s set at the Mixmag London Lab to quench your house needs. Scope the full list of tour dates below, and be sure to look out for new Tensnake material releasing soon. 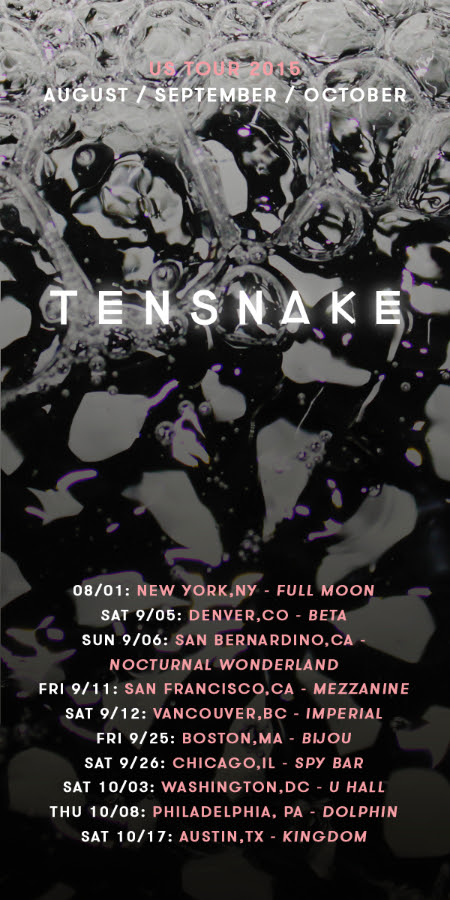