Stateside, the duo known as Jack Ü has dominated the festival circuit. Even across the world, the new power duo has been making a name for themselves for the last year and a half. But, for some odd reason, Jack Ü has never been booked at one of the dance meccas of the world, Ibiza.

However, it appears the white isles cannot deny the power of Jack Ü any longer. The duo’s first booking has been confirmed as next month they will take part in an epic 5-year anniversary party including the likes of Chase & Status, Oliver Dollar, Riva Starr and more.

With tickets still available, you can be sure Jack Ü will play an intimate and personal set for their debut. 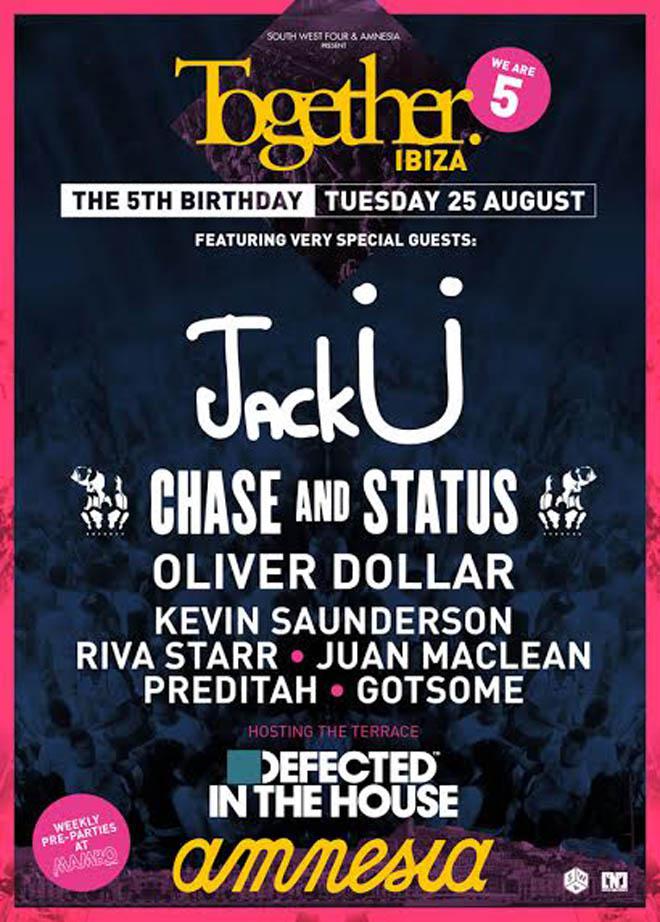 Also, keep in mind, there are multiple residencies going on in Ibiza throughout the summer. This special party falls on the same date as Hardwell performing his Carnival residency.