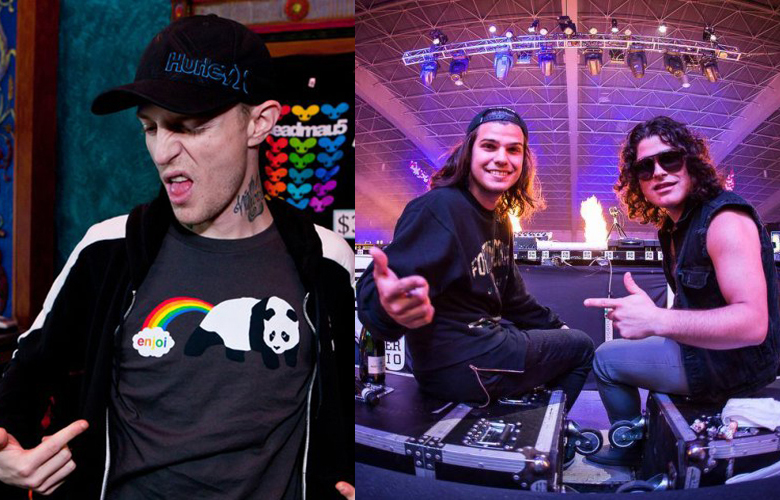 Deadmau5 and DVBBS don’t have much in common, but all being Toronto natives, it appears they have some sort of positive relationship betwixt them. The proof is in the pudding at ÎleSoniq music festival in Montreal where the notorious Zimmerman continued his recent tradition of stage-crashing with a short appearance during DVBBS’ set.

Who knew confetti cannons had safetys on them? I didn't.

Wielding a confetti cannon, production crew and DVBBS member, Alex, attempted to help him figure out how to work the massive device only to be knocked back by an unexpected and clearly unintentional firing in hilarious fashion. Mau5 later tweeted about the event claiming that it was the safety that threw him off.

Check out the video below… we just can’t get enough of the failed stage crashes from mau5.

HOW THE FUCK DOES THIS THING WORK ??? @deadmau5 #MTWOOZY