In 2012, Azealia Banks released the song ‘F*ck Up The Fun’, which was produced by Diplo.

In 2014, DJ Master D filed a lawsuit against both parties claiming that his intellectual property (i.e., the beats) were stolen.  Master D said “Diplo took the beat after a failed deal couldn’t be reached on both sides. Despite no deal being reached, Diplo continued using the beat without permission.”

Listen to both tracks, and it’s pretty easy to conclude that Master D is being truthful.

However, that’s not what this story is about. In a series of tweets that have since been deleted, Azealia Banks calls out Diplo, claiming that the producer still owes her $20,000 in reparation for his part of the lawsuit. 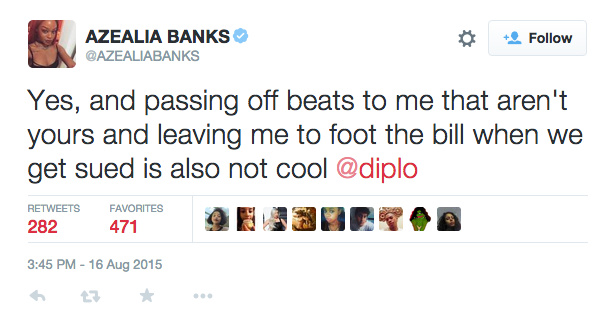 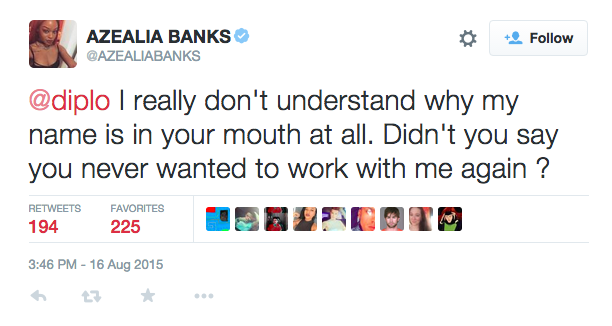 As far as we, or any other site, can find, the tweets are seemingly unprovoked. No tweets from Diplo can be found regarding this spat, though we’re not completely ruling it out either.

Banks has a history of beef with other artists. You can check out a list of alleged aggressions here.