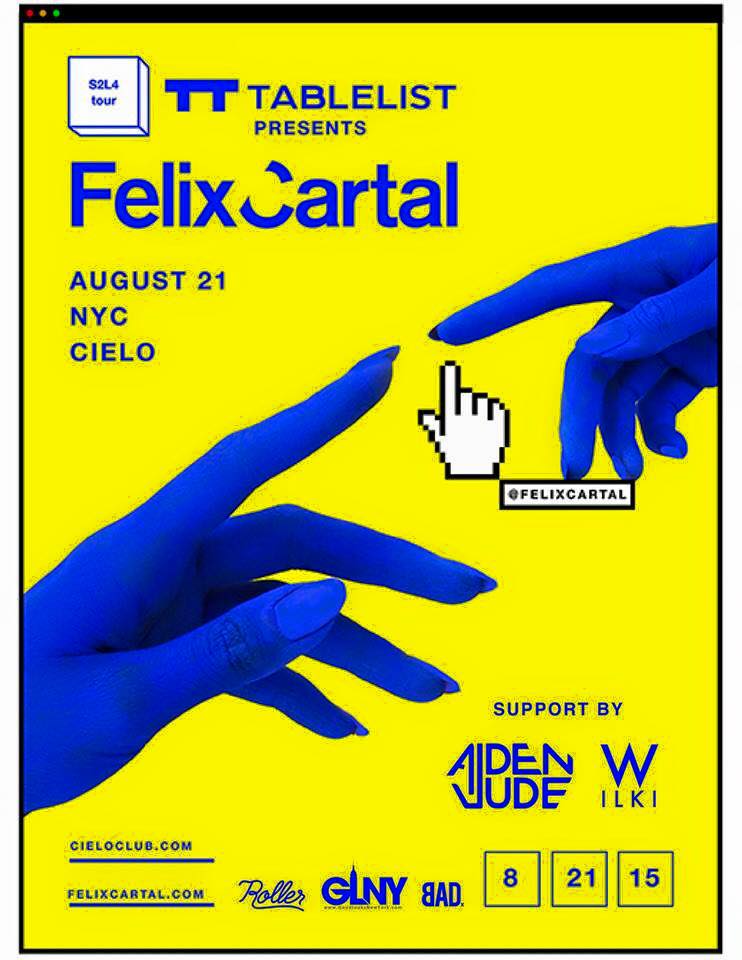 Win Tickets To See Felix Cartal This Friday in NYC!

The art of songwriting has been slowly lost with the growth of EDM. Repetitive, carbon copy tracks have replaced the beautiful breakdowns, strong lyrics and a general sense of musicality found in almost any other music genre. But still, there are DJs who identify not only as producers, but songwriters, who have much more to bring than just a quick vocal sample and a Pryda snare. Felix Cartal is one of those artists.

If you’ve been following Felix on SnapChat over the past few months, then you’ve already been salivating over all the new music he’s been working on. We finally got the first taste last month with “With You” ft. Natalie Angiuli. Last week, Felix continued that momentum with “Something to Live For” ft. Nikki Yanofsky. Like most of Felix’s music, this track is so much more than traditional EDM. Power vocals from Nikki Yanofsky paired with his production skills create a delectable song that can easily translate to mainstream radio and would still be suitable in a club set.

We’re giving one lucky fan a chance to win 2 VIP tickets and a Meet and Greet with Felix Cartal this Friday at Cielo in New York City. All you have to do is enter the contest below. Pick up a copy of “Something to Live For” ft. Nikki Yanofsky now, and check out what other cities Felix Cartal’s “Something To Live For” tour is stopping in here.