(All Photos By: Brittany Krieble)

This past Saturday, I attended the 2015 installment of Indiana University’s Welcome Week Block Party, hosted by the Union Board, Residential Programs & Services, and Residence Halls Association. I had mixed feelings about attending the show because I found out that a lot of my friends would not be going so it looked like I was flying solo. To my surprise, I found out that rather quickly that several of my friends are on the Union Board concert committee so thankfully I wasn’t chilling backstage alone. My friends also introduced me to several of their friends in UB so everyone was welcoming! Fortunately, the entire night ended up being a blast.

Phoebe Ryan was the first artist to perform. You’ve probably heard her collaboration with Tritonal on “Now or Never” or remixes of her hit single, “Mine”. The Jersey-raised singer/songwriter looks like a typical female singer you’d see on the Vans Warped Tour – tiny with exotic hair color (Phoebe’s is green and black), a dosage of black eyeliner, and the “punk” style wardrobe. She seemed a little bit out of place at Indiana University, but nonetheless the crowd loved her performance. It was clear that not a lot of people in attendance knew her music, but when she sang her world-renowned mashup of R. Kelly’s “Ignition” and Miguel’s “Do You”, everyone went wild. The final song was “Mine”, which all IU students chimed in and sang along. 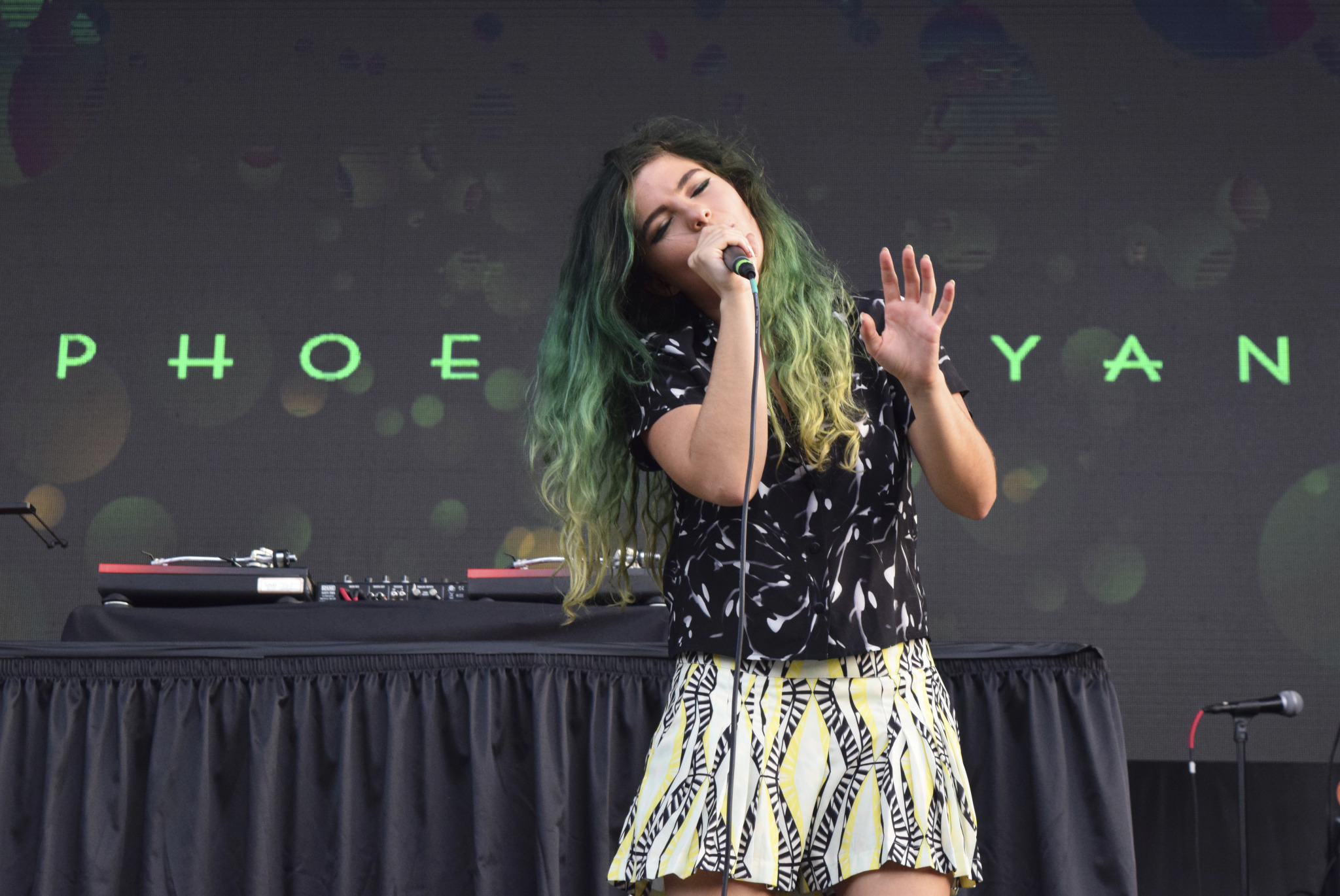 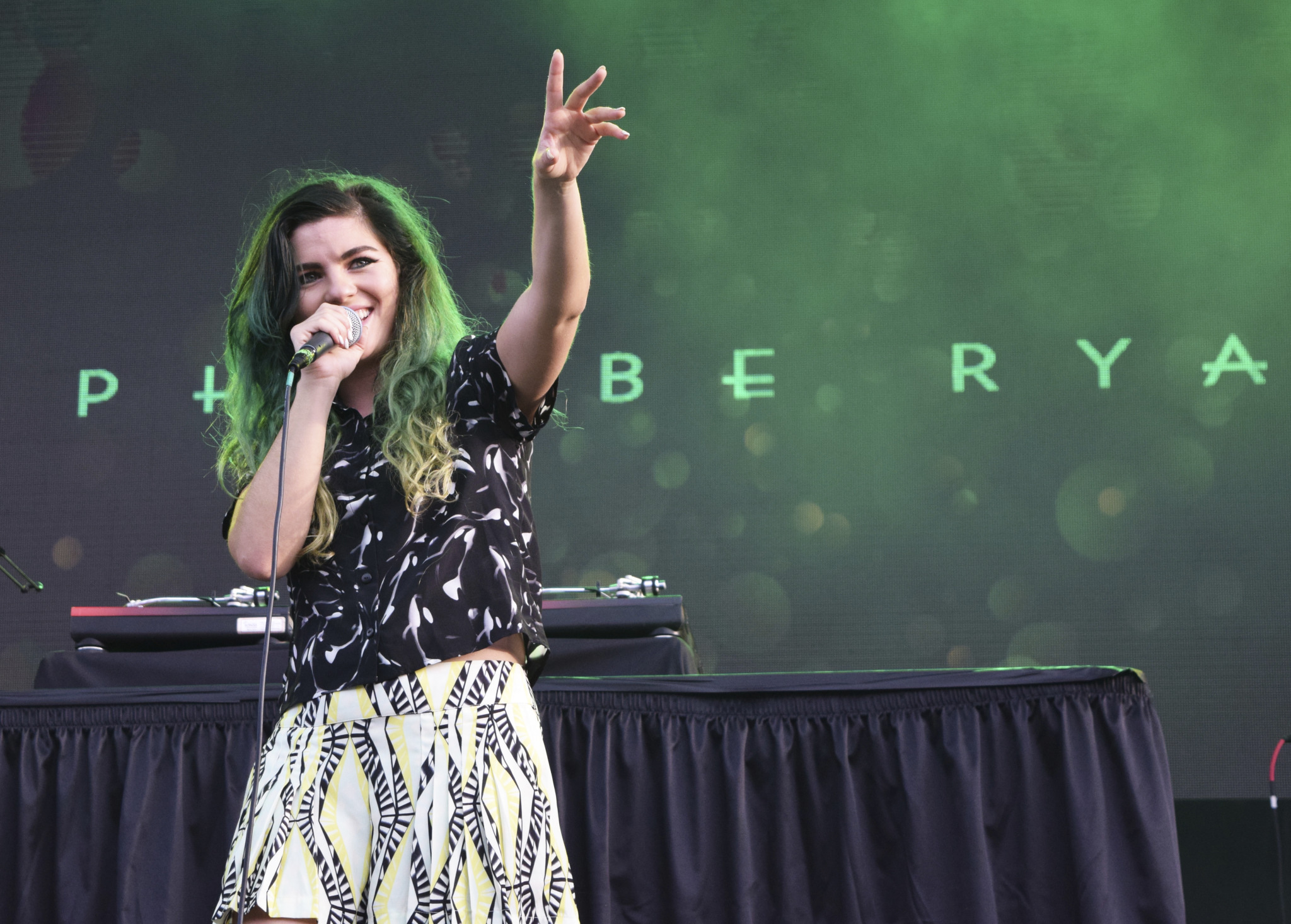 Up next was the ever-so-crazy white rapper, Action Bronson. I have always heard things about this guy and have watched some videos from festival performances, but I still had no idea what I was in for. Now I see what all the hype is about. Even though I’m not the biggest fan of rap music, I fully enjoyed his set because he’s great at engaging the crowd. Towards the end, he challenged people in the crowd to throw their water bottles in the air and to even hit him. This whirlwind lasted for probably a good 15-20 minutes…utter chaos is all there is describe it. The only song I knew was his live rendition of Biz Markie’s classic, “Just a Friend”. I wish I knew more of Action’s music so that I could have appreciated his set more, but it was still very fun to watch the crowd reaction. 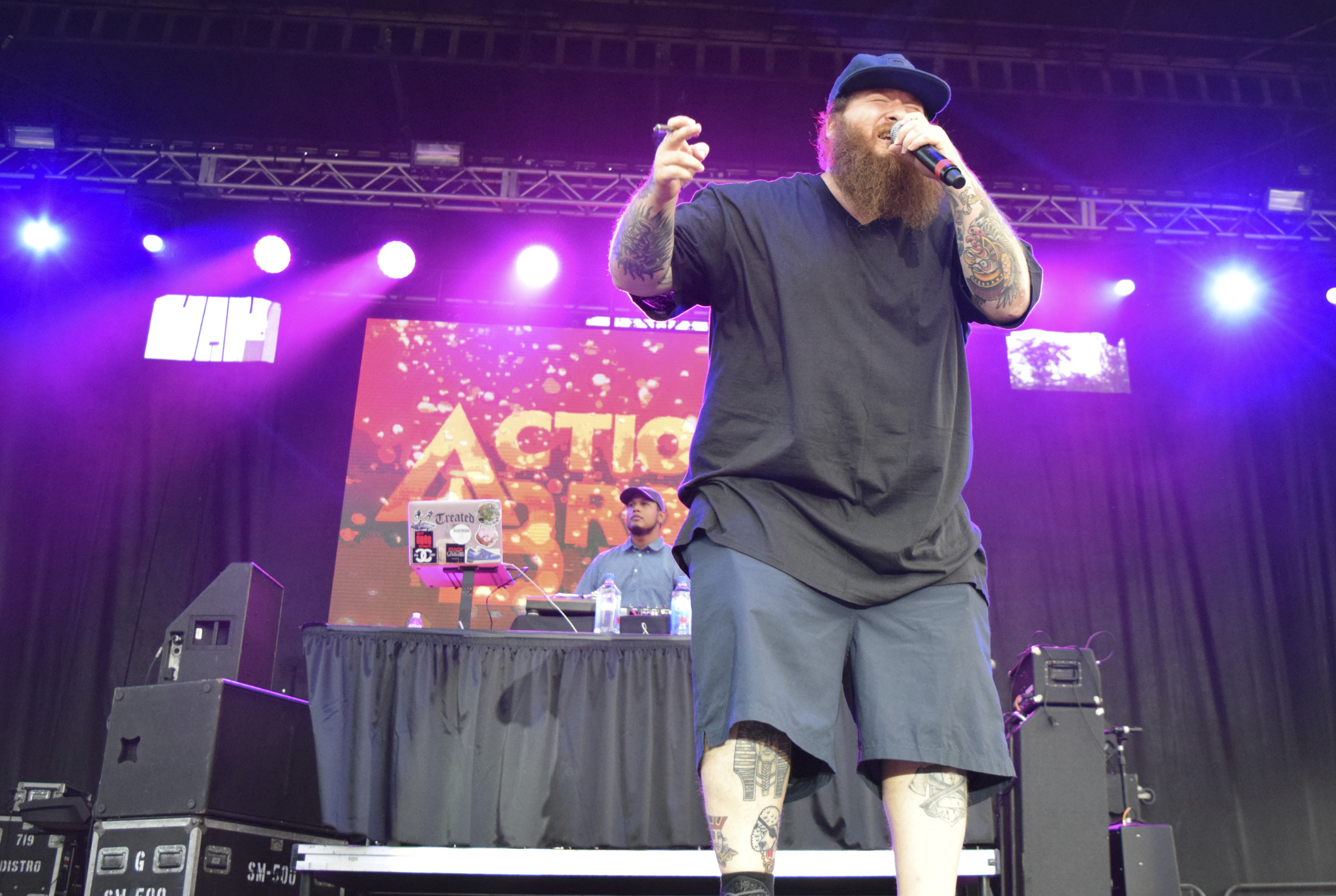 The main headliner for the night was indie-pop group, Capital Cities. I’ve heard of them before, but didn’t really know any of their music. It seemed like they were a big hit amongst the rest of IU students though, as everyone stayed for their set and sang along to pretty much every song. I did know their final song “Safe and Sound” (most people probably do), and then they ended by playing the Cash Cash remix, which I hadn’t heard before. This remix went SUPER HARD. Everyone went wild and started waving towels/t-shirts in the air. It was a very fun end to an awesome set. Unfortunately, a lot of people left after Capital Cities finished and did not stay for the final act. 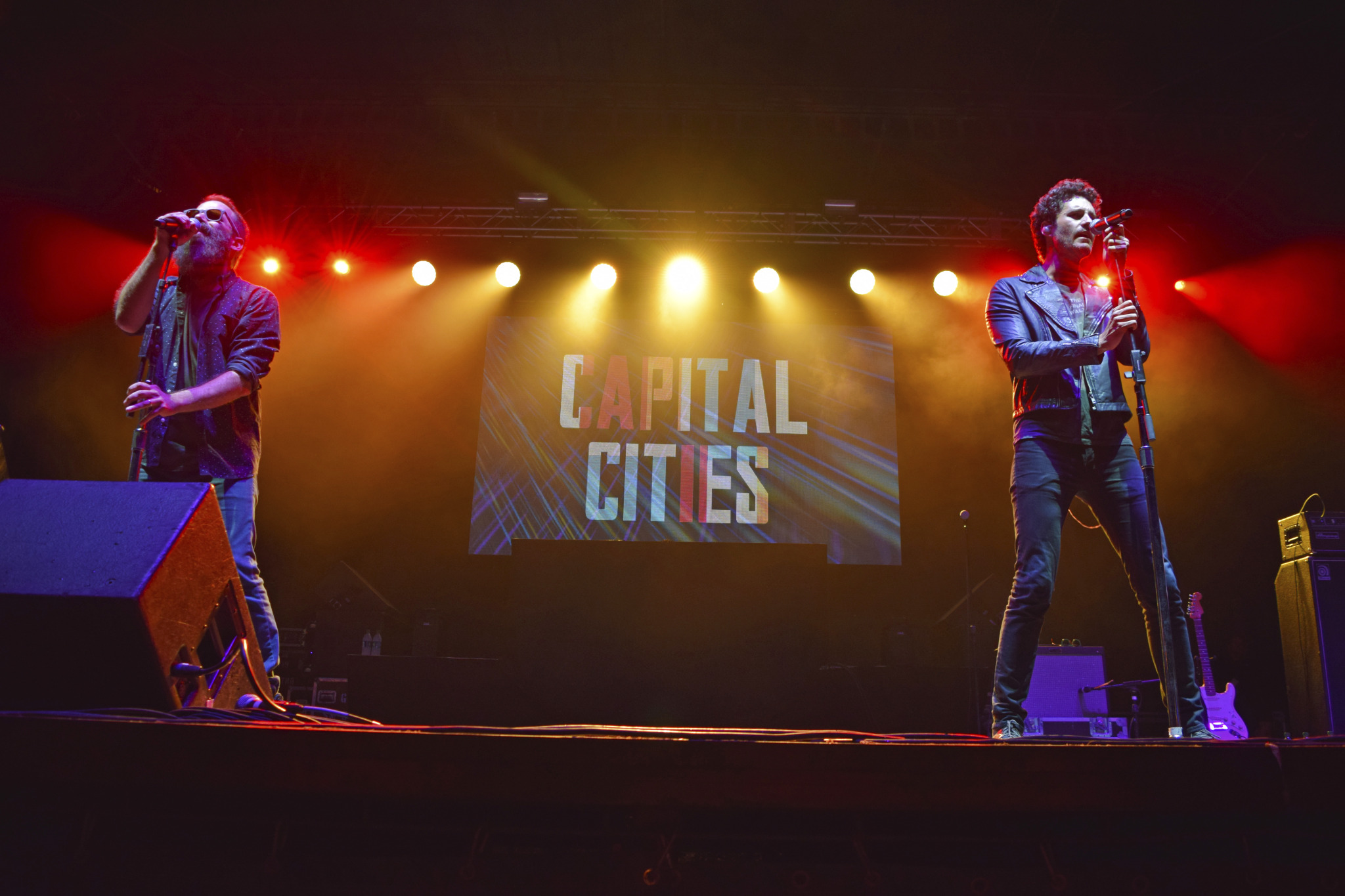 One of my favorite artists in electronic music, Adventure Club, was the final performance of the night. This Canadian duo is known for their incredible chillstep and melodic dubstep originals (my favorite) so I was most excited for their set. At first I was pretty disappointed because the first 20-30 minutes, they didn’t play any of their own material and only mixed in different forms of big room (festival trap + high energy electro/progressive-house songs). A majority of headliner DJs do this nowadays, but I wasn’t expecting Adventure Club to follow suit. I haven’t seen them in years, though, so it was hard for me to predict what they would play. You could see the crowd getting tired and bored very quickly. However, about 30 minutes into their set they finally dropped some originals and began to take the crowd on a journey. In the middle of their set it was much more emotional because they played chillstep and melodic dubstep – two euphoric genres that really evoke different emotions within individuals. Needless to say I was happy! For the last 10-15 minutes of their set, they brought the energy back up. Once their set ended, the remainder of the crowd chanted two things: “One more song!” and “Play Crave You!” And so…that is exactly what Adventure Club did, which topped off the night for everyone. 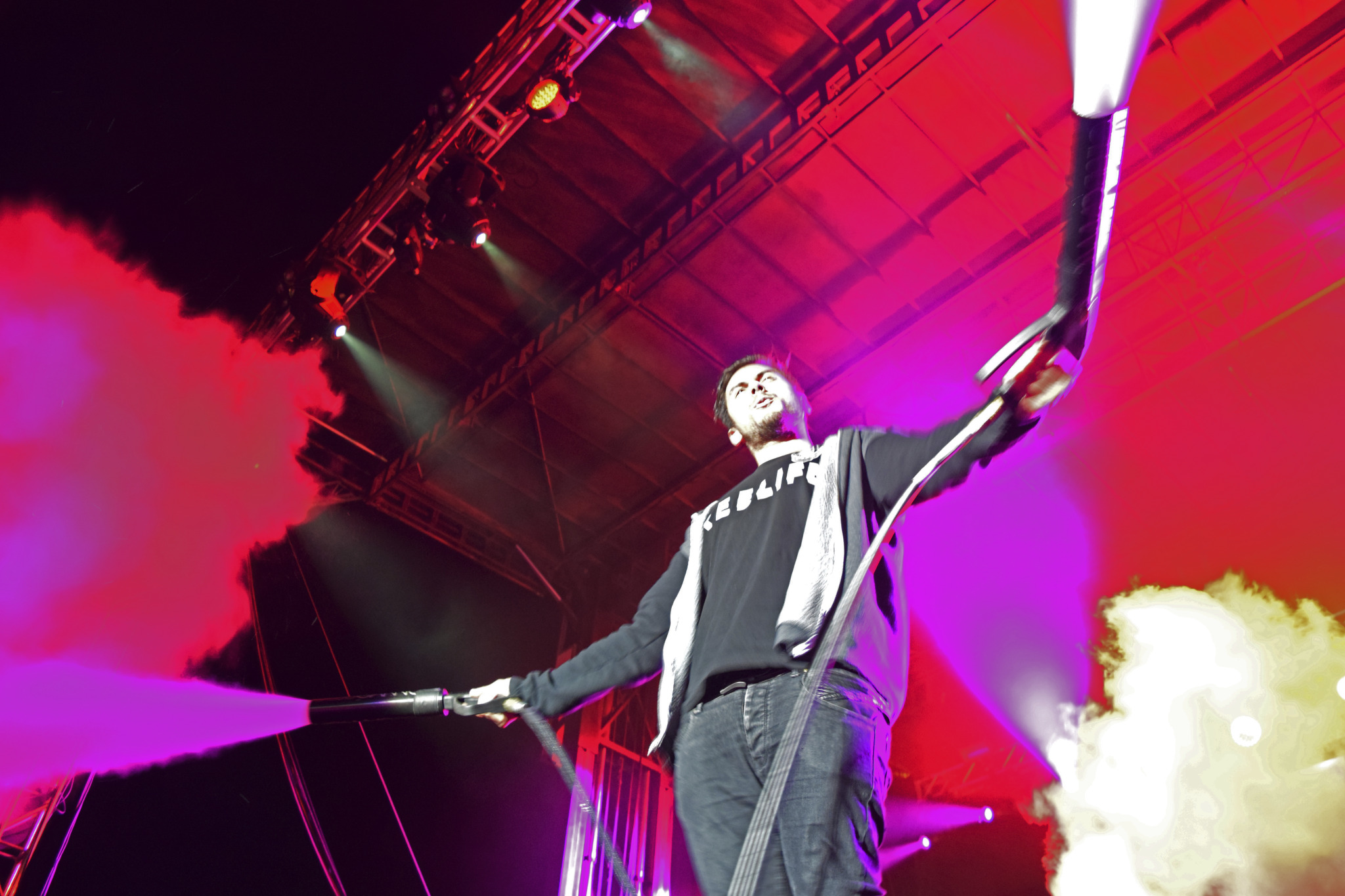 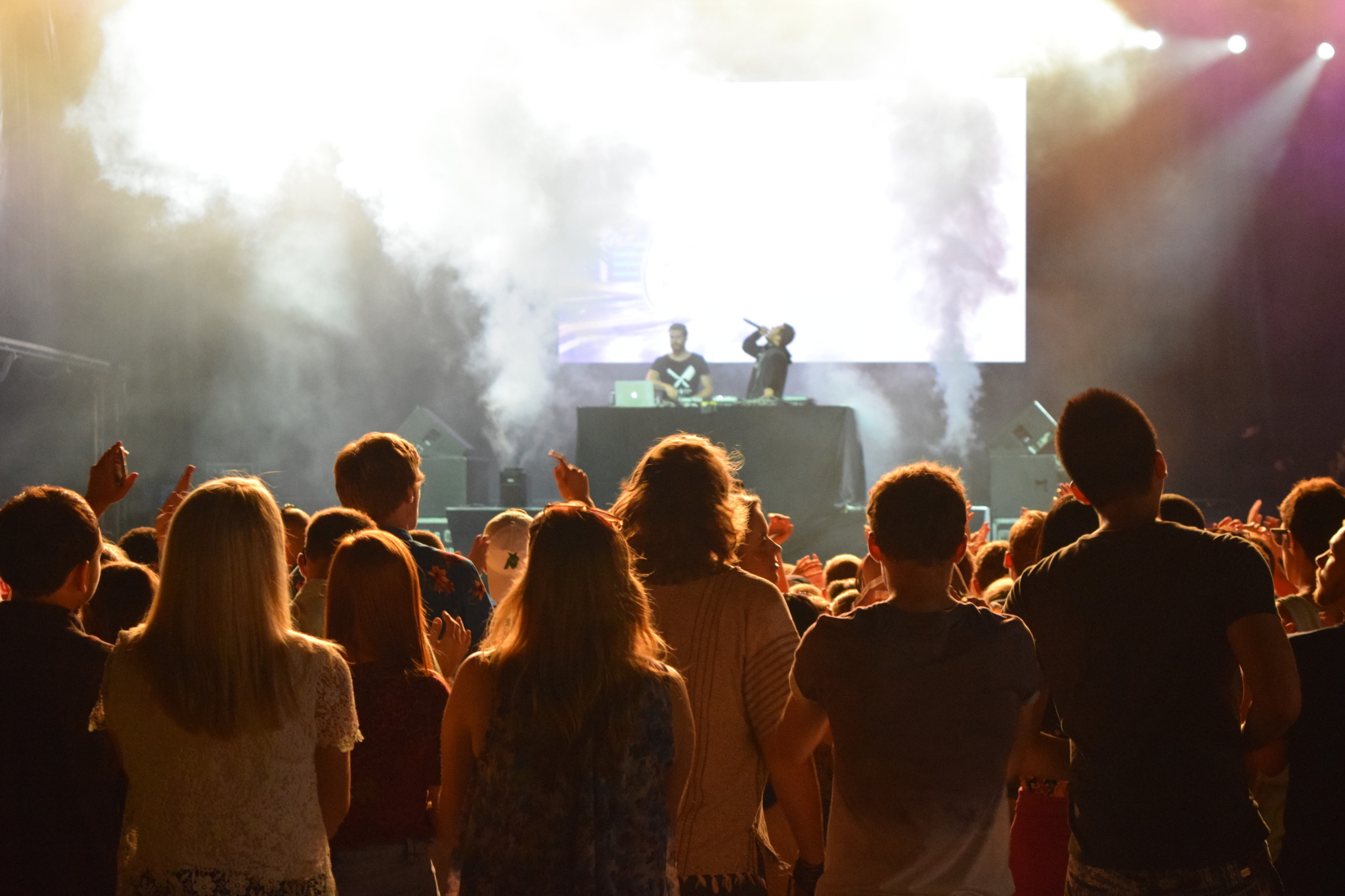 Overall the Welcome Week Block Party was an awesome time. Even though I was a bigger fan of the lineup last year (B.o.B. and Krewella), the crowd was way more into it this year, which made for a better experience. I also really liked how diverse the lineup was this year – singer/songwriter, rapper, indie-pop group, and EDM. This was a perfect combination for IU students’ diverse music taste. I was rather impressed with how smoothly everything went this year. It only took a few minutes for me to pick up my press pass and everyone in Union Board was very helpful with directing me where to go. I look forward to seeing what Union Board has in store for the rest of the year and hope they can even outdo themselves for the Little 500 concert!