Chicago-born, Nigerian-raised brothers Taiwo and Kehinde Hassan embody uniqueness in every aspect of their current position within the music industry. As a pair of twins under the moniker Christian Rich, they’ve successfully established themselves as ultimate tastemakers, businessmen, designers, producers and everything in between. Their Grammy nominations, close work with such high profile artists as J. Cole, Drake, Pharrell Williams, Earl Sweatshirt, and Childish Gambino, and consistent business savvy have proven Christian Rich’s polished adaptability and ambition. They self-describe their process as “designing music,” a statement that is made clear upon first listen of any of their work.

Following years of collaboration and production for other artists, Christian Rich have just released their debut, original album. Titled FW14, the 13-track work is comprised of a veritable cornucopia of genres, rhythms, vocalists, and influences. Jazz, hip hop, R&B, dance, disco, pop, and bossa nova each make a noteworthy appearance and infuse with one another in the brothers’ own image. Centered around a core theme of science fiction, space, and the human journey, the entire LP is best listened to in one go. Although the tracks may seem stylistically distant from one another, a closer inspection uncovers the true idea held within FW14.

No matter the setting or the time, the human experience is endured by all of us. As Christian Rich described during our following interview: “It can be this galaxy or another galaxy, but whatever galaxy you’re in, you go through some real shit.” FW14 can now be purchased through iTunes.

How do you feel about the album now that it’s finally finished? Relieved? Nervous?

Well not nervous, it’s good that we’ve gotten it off of our chest. The way we do them, we just do them and move on. There was a timestamp so you can’t really obsess over it. Especially a full LP, we just tried to make it cohesive with all the different sounds and influences.

You’ve worked on so many projects in the past, what was different about your mindset while creating your own full album?

Sort of. So we’re working with other artists, and had a lot of thoughts in advance thinking about which songs would be radio hits, album thrillers, you know. For the most part, it usually turned out to be pretty unique. With the album we liked to test the sounds, because you know, there’s just some sounds that are hard for people to understand. Like there were some songs that we pitched to artists and they were just like, “Um…” They didn’t get it. People ask us a lot about our production, asking us “is this the best work you’ve ever done in your life?” And I’m like, even up to date with songs we’ve done with other artists, it’s not our best work. It’s some incredible work, but it’s a challenge because you have to kind of please the client. At the end of the day the artist is the label’s client, you’re working for them. So with our album, we’ve stepped closer to what we really want to hear from ourselves and just in general. We really tried to test and push the limits of where we think we should be now.

Yeah sometimes. But what I do like about labels is that they’re in unison with the artist, they really can propel a song way further than an independent label can or self promotion. There’s advantages and disadvantages, but I definitely appreciate them. Like, for example, ‘Senioritas’ the song we did with Vince Staples. That song was done within a month, the label had their album together, put a single out, we shot a video and people were getting crazy on it. And I can imagine if that was an indie artist, it would have all been a lot harder. Not that we don’t like indie artists, but we just appreciate sponsors. Creatively though, it does get a little stifling.

How did you go about choosing your vocalists for the album?

Well everyone on there are friends, so we just collected the group over the last few years. I’d like to think that we’re good A&Rs when it comes to putting vocalists on songs. JMSN is someone we’ve known since like 2009, 2010, we got closer and more cool a few years ago but we’ve known him for awhile. Denitia and Sene, we met them when we were creative directing at Red Bull last year and produced a song for them. We had that one sitting around for awhile. And a lot of the stories are like that. So it was just kinda the people we knew and we came together to see what sounded good on this track and that track. When it comes to doing the albums and vocals, it’s really just a matter of who we’ve cultivated with and who we really want to work with and then we just try to get the best sounds out of the album. If it doesn’t fit it doesn’t fit, but for this album everything shaped the way we wanted it to.

How did go about trying to represent the concept of science fiction in FW14? What was your vision for that?

Well, to start we reached out to Jacob Escobedo who does all of Broken Bells’ artwork, I had his other work sitting in my room and I just kept looking at it like “I want something like this, just the way it feels.” He was down, and the concept was several different things. He was always good at drawing women and characters and things, so I told him that I wanted a woman to be the theme of this album. And then we really tapped back into what I do every day, what I really like to watch everyday, like to read, like to think about. I read those Philip K. Dick shorts, Total Recall, Minority Report you know. So we just tried to tap into what we always wanted to see as kids and create if we had a chance to do it. We were sci-fi kids. I’ve seen every Twilight Zone episode you know, what really brought it on was when we saw Interstellar. I was just like ‘oh shit’. It really brought us back and reminded me when we were kids in Chicago, we would go to the Science and Engineering Museum and we would watch space films in iMax. Just sit back and watch all these stars and different planets and stuff. There are people who do sci-fi stuff with artwork, but on our album I really wanted to show people that element of us. No one really digs that deep into their artwork anymore. It’s a moving piece, we’re turning the woman into a comic strip, a cartoon. We take it very seriously, we really try to take people into another world. It can be this galaxy or another galaxy, but whatever galaxy you’re in you go through some real shit. 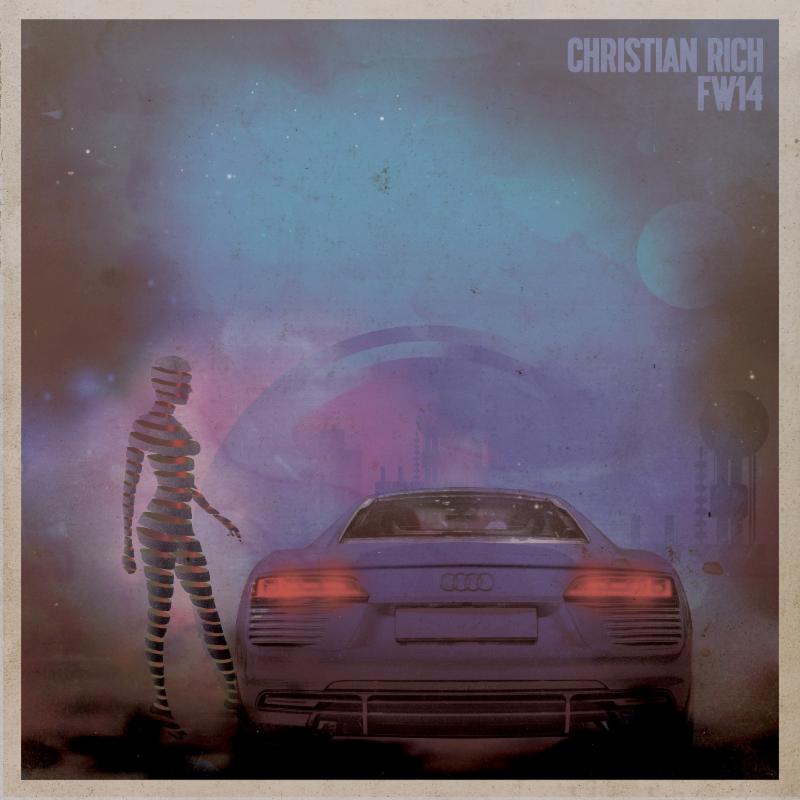 How do you anticipate bringing this music into a live atmosphere?

As far as live shows go, there’s two aspects. You know, if you’re doing a DJ show or a festival you’re going to be playing “High”, “Forever Ever”, the uptempo stuff, even “Bells”. But then the rest of the album, we’re having a set up. We’re going to have keyboards, my drum pads and all that stuff, it’s going to be more atmospheric. The lights are going to come down, and we’ll play a show. We’ll have a few vocalists come out, depending on the date and city. I want people to think of the album like if you go back to Daft Punk’s album. A lot of the album is smooth, very downtempo stuff, but they had like four or five songs that are uptempo that make people think “okay they’re dancers”. But if you go back to Voyager, it’s very slow and moody. I went back and studied the Daft Punk albums and I was like “oh man, I see how Daft Punk came to the last album that they did you know Random Access Memories, and it was mostly slower because that’s what they always wanted to do. They always wanted to show people you know like we love dance and house music but we like making it cohesive, too. So, with us we’ve proven our work through the different artists we’ve worked with. And there’s so many people that go for the easy kill with their albums, a lot of them don’t even put albums out. And for us it’s like, do you wanna hear an entire album with 128 BPM songs, or do you want to go inside and outside of moods, telling you a story, painting you a picture. You can be turn up on the next album, but we have a story to show in this one.

Now that the album is finally out, what’s your next move?

Well, we’re going to be touring, setting all of that up now. We’re also working on the next album right away, kind of have some ideas floating around that we’ll work on. Probably going to focus on one vocalist, I might do some more singing on this album. But yeah touring and then producing. We already started producing. It’s funny, we had our album and then we already had to start producing for other people. And it’s hard to go in and out of those moods, so I think we had to stop for a good three or months, stop drinking you know, it was a lot of hard work to get this all done.