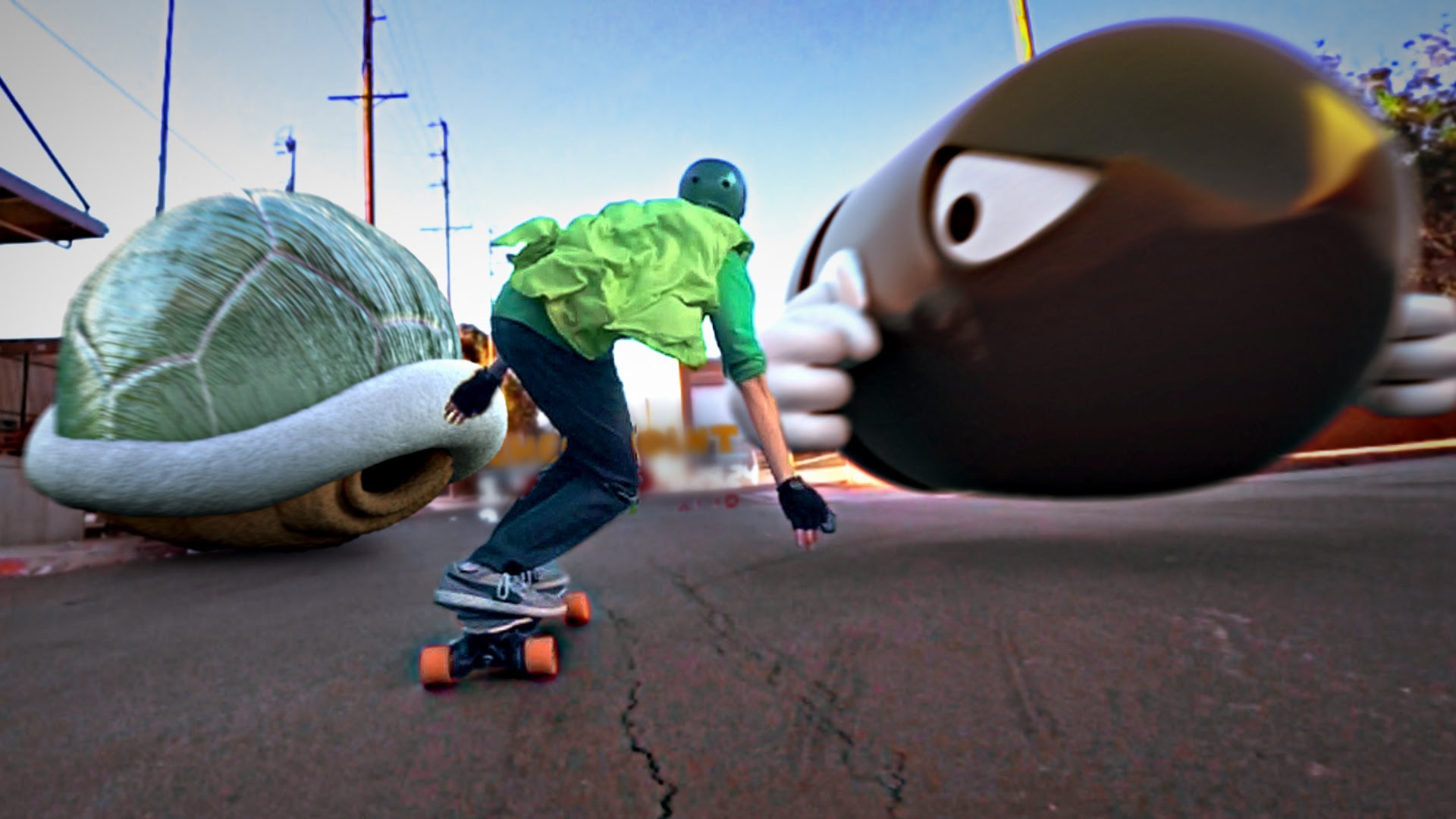 EDM music videos are an admittedly weaker aspect of the genre. Many EDM music videos resort to following the male gaze, fitting in as many suggestive shots of scantily clad women as possible. Artists like Savant steer clear of this trend, opting for a more artistic approach to the music video art form. The music video for his track “Kali 47” utilized stunts, impressive visual effects, and bleak cinematography, and it went to represent the best of the genre. Seven months later, the prolific producer follows it up with a music video that parodies Mario Kart.

For the music video to his track “Vario”, Savant enlisted some help from internet video company Corridor Digital to dream up “Mario Skate”, a play on the successful Nintendo racing franchise Mario Kart. The video retains key elements from the Mario Kart series, notably crazy track design, dangerous obstacles, and golden coins, but places them in a live-action setting with a real skateboarder. The effects never look tacky, thanks to some clever editing and direction. The action follows the “Vario” perfectly, and gives a whole new dimension to the original song. Take notes, Spinnin’.

Watch the Mario Skate music video for “Vario” below: