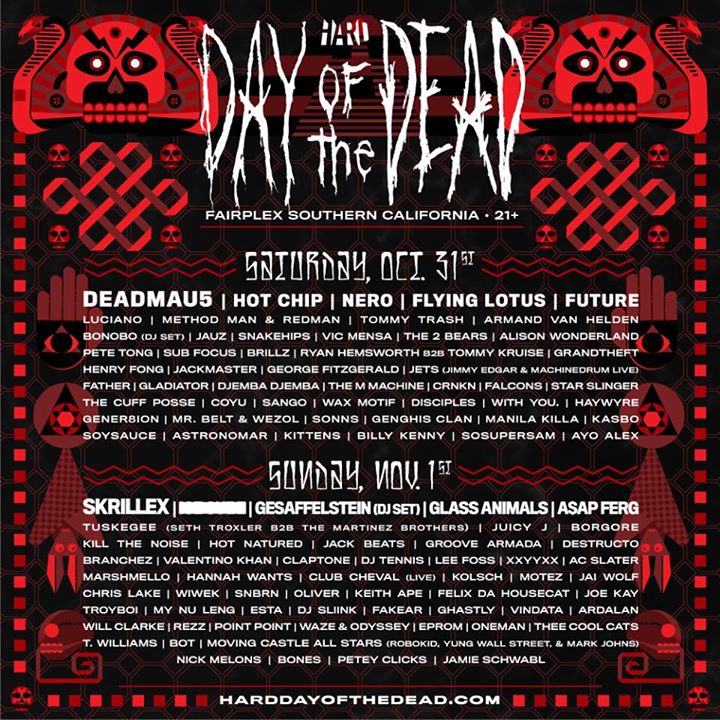 Featuring a lineup that’s somewhat close to the proposed leak a couple weeks back (at least the headliners), HARD has officially released its lineup for Day Of The Dead.

Featuring repeat favorites like Skrillex, Deadmau5, Nero (all three of which were headliners at DOTD 2013), Kill The Noise, and Gesaffelstein, the lineup does feel a bit stale. However, there are always some solid additions that make it all seem worth it, such as Ryan Hemsworth b2b Tommy Kruise, mystery producer marshmello and newcomers Disciples. Also featured are Alison Wonderland, Ghastly, Oliver, and Moving Castle All Stars featuring Robokid, Yung Wall Street & Mark Johns, all of which should draw considerable crowds.

This is surely not a final lineup, but I doubt that many more will be added considering the festival is being forced to shorten its hours.

Single-day and 2-day tickets are on sale NOW.