Nestled along the Western edge of the Malay Peninsula in Southeast Asia and sprouting upward from within its dense, fertile jungle lies the burgeoning city of Kuala Lumpur. A rapidly expanding melting pot of culture, language and ideals, it continues to mold its collective identity even 160 years after its founding. Piercing skyscrapers and centers of affluent, metropolitan business lean comfortably against derelict housing structures and makeshift, roadside eateries. Despite KL’s abundant representation of opposing extremes however, certain spots are striving to cultivate an all-inclusive atmosphere that unites all who enter under one mentality. These are the places that will surely determine the ultimate direction of the city’s newly imagined cultural movements. One such frontrunner – an already weathered veteran of the region’s nightlife scene – has just reopened its doors to a loyal and enthusiastic base of attendees at an astounding, new location along Jalan Tun Razak. This is Zouk Kuala Lumpur, the largest super nightclub in all of Asia. 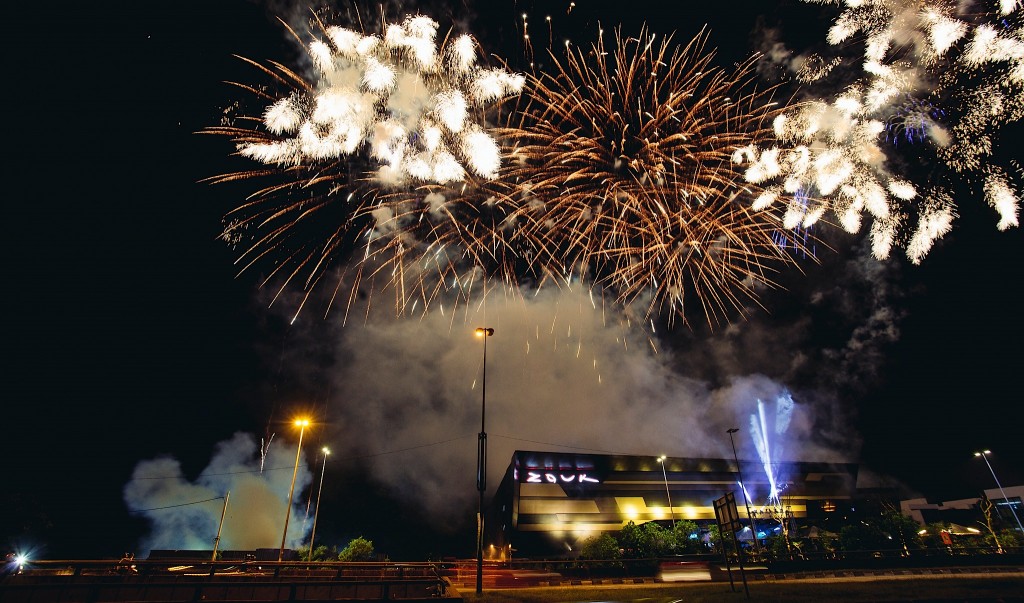 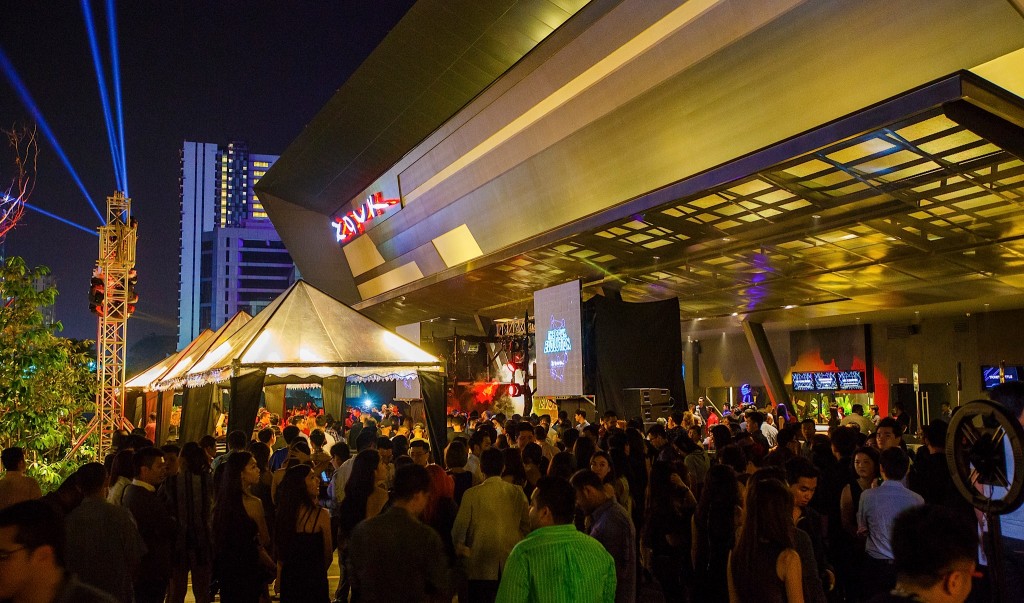 The Kuala Lumpur branch of Zouk was established in 2004, and has been welcoming clubbers from all around the world ever since. The original venue was located at Jalan Ampang in a building half the size of the current model, but was abandoned for greener pastures earlier this year prior to the expiration of its land lease. Following a month-long transition period, the new club opened its doors to the public on August 21st.

The newly-built Zouk is anything but modest. At a walloping 106,000 sq ft, the enormous building is home to 11 different venues and an expansive parking lot underneath. It took $10 million and three years of construction to complete, and has since been endorsed by the Ministry of Tourism and Culture as an official Malaysian landmark. Co-founder of Zouk KL, Cher Ng, describes the club’s main concept:

What we’ve done with the new Zouk KL is designing one cool massive venue that tailors to the needs of various demographics as well as provide an experiential outing of the Zouk brand for foreign visitors. Each room has its very own unique identity and focus, from the sound and lighting to its interior appearance.

From the kitchens and myriad bars to the light fixtures and furniture to the DJ booths and dance floors, everything in Zouk KL exudes opulence and grandeur. The outside of the building is sharp and angular, with intersecting lines and independent pieces that converge to form one unique shell. The entirety of the outside wall tilts forward, creating a canopy over the floor below. The Zouk Cafe Bar sits on a terrace in front, overlooking the soon to be built TREC entertainment and lifestyle enclave, an assortment of high-end shops, restaurants, and venues. The Beer Garden is an extension to the cafe, and runs alongside the outer wall of the venue. They both begin operating before the club opens, and serve as perfect spots to grab a bite and drink prior to heading inside. 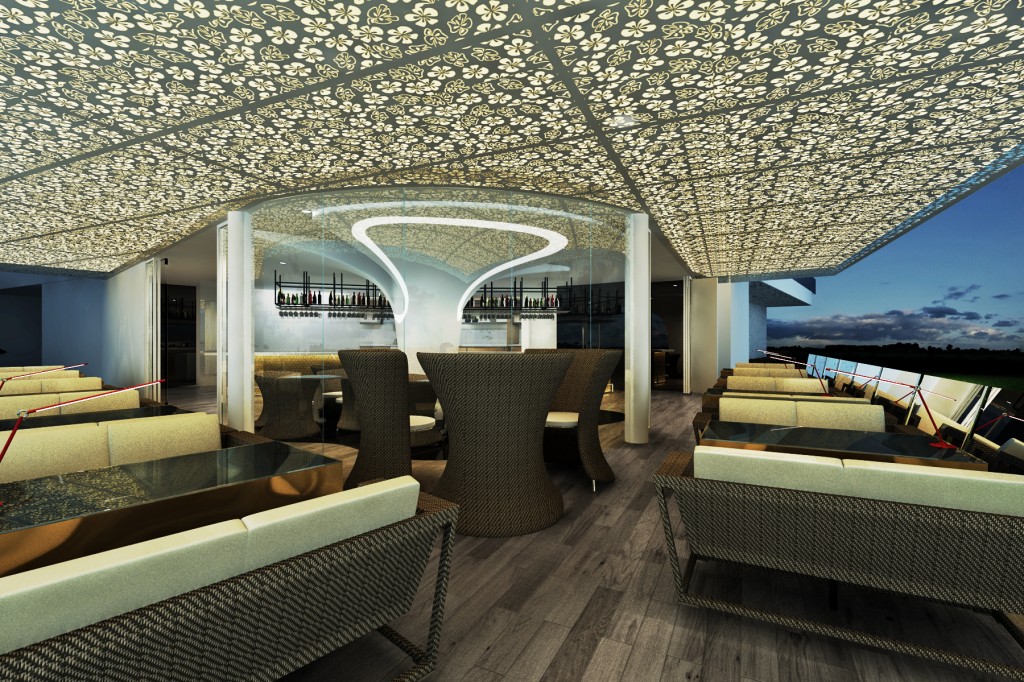 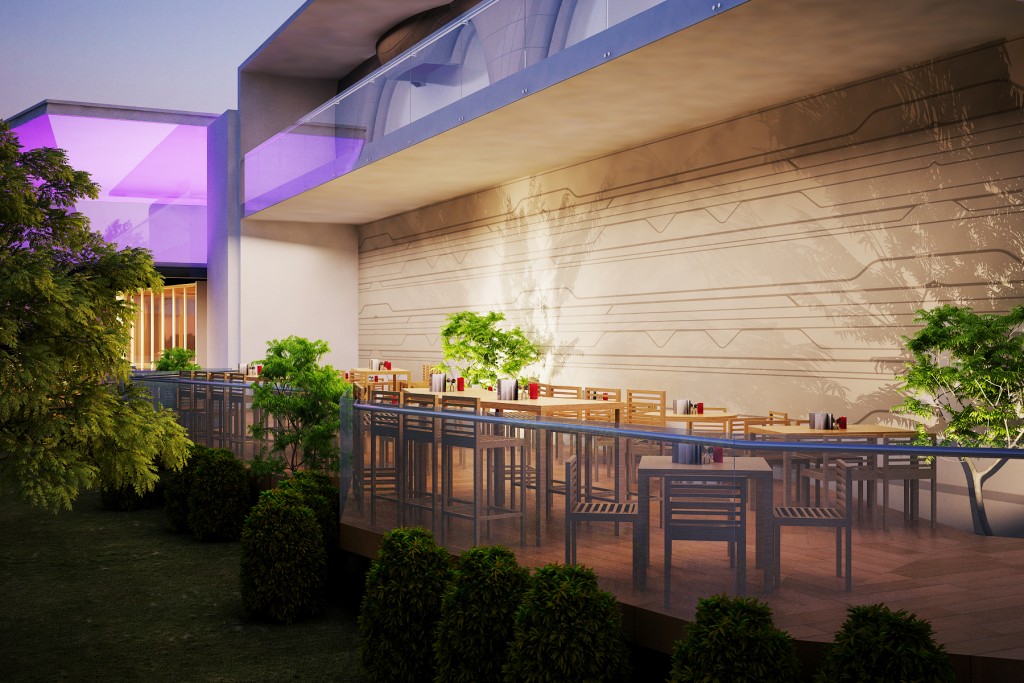 Upon entering the building, clubbers are immediately met with a modern artistic piece placed in the center of an intersection of entrances to the different venues. Down one of the lit hallways, the Main Room can be found soaked in red lighting and an intense ambience. Tables, benches, barstools and short barriers divide the massive space into intimate sections, while over a million LED lights shine from above. 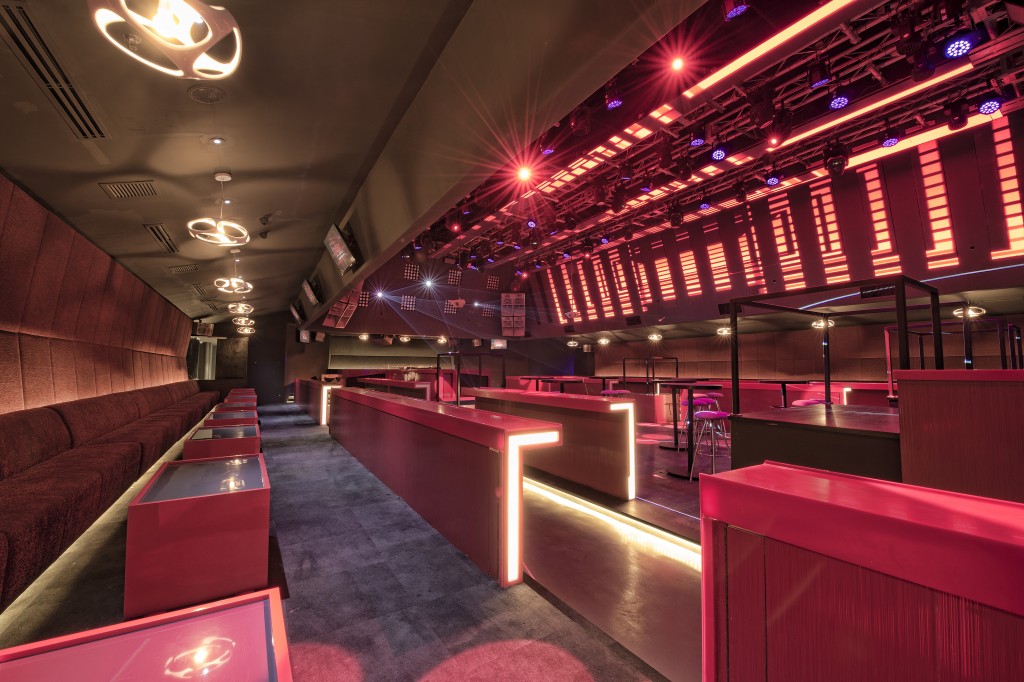 The Member’s Lounge and Velvet Underground share the ground floor, and offer a more style-conscious and downtempo atmosphere for its patrons. Both rooms are decorated with dark, alluring colors and cozy furniture to match. Also on the bottom floor is a crossover concept room from the old Zouk venue, Phuture. With a neon aesthetic and suspended track to hold live dancers, this room is one of the most enticing in the club. The long bar has gaps in its construction, and can be seen from inside the Member’s Lounge. 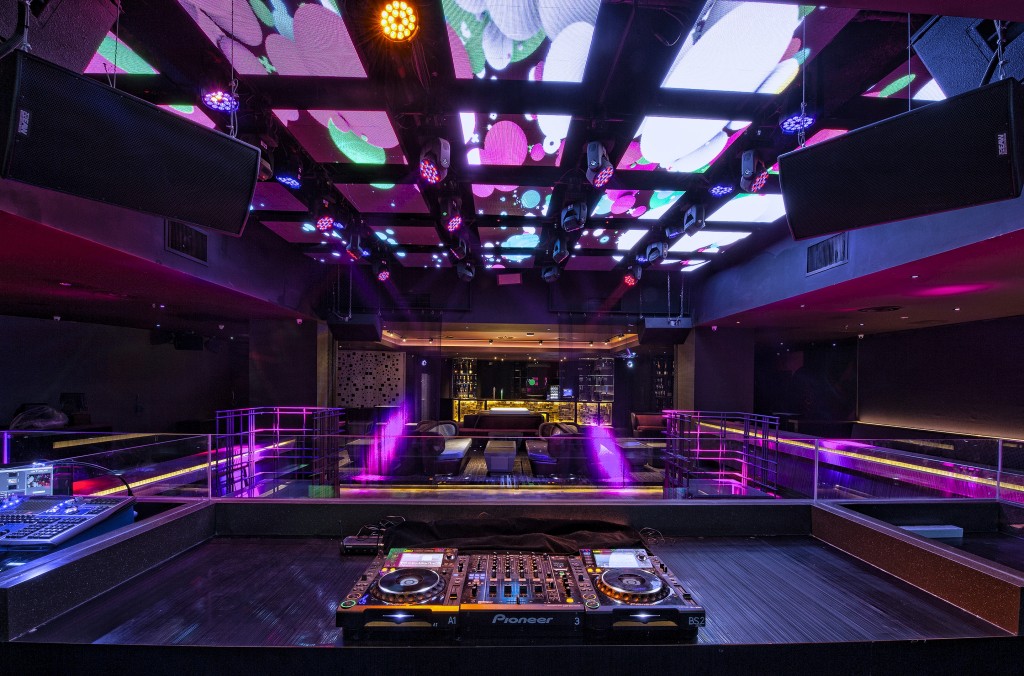 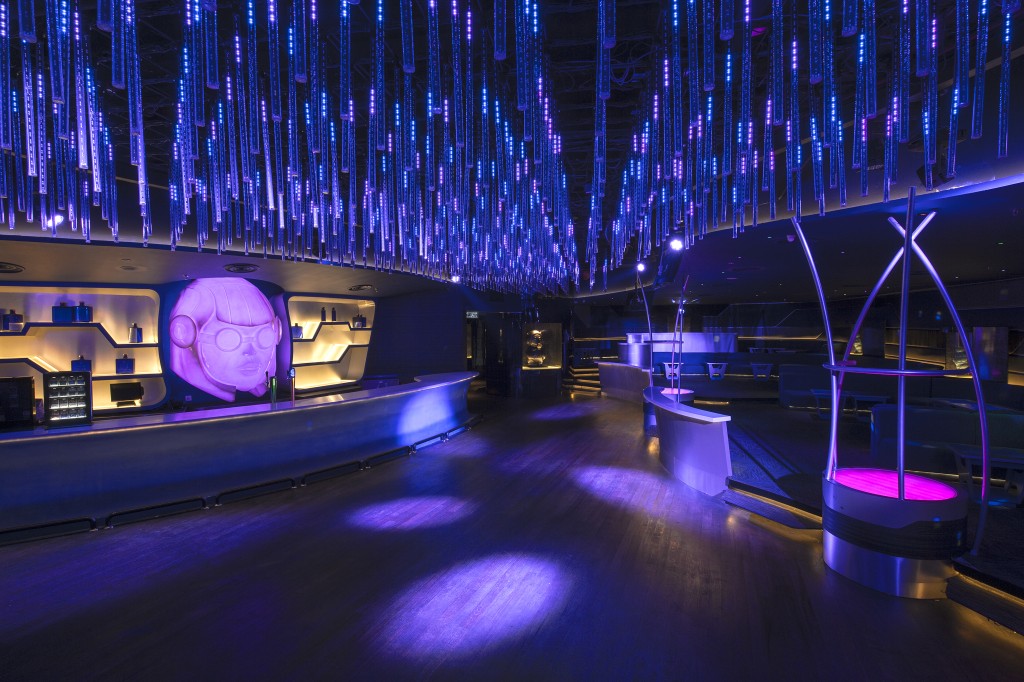 From the main entrance, a staircase leads up to a hip-hop oriented venue called Ace. A large, triangular bar sits in the center while private booths line the walls. The DJ booth is raised against one wall, and was designed to accommodate the region’s most talented scratchers. On another part of the first floor, the Apex Lounge serves a more social clientele. It boasts a menu of delectable Japanese tapas, and has its music compiled by longtime resident of the club Blink. The lounge’s ceiling is lined with strands of soft lights that ripple outward and against one another. The effect is an underwater atmosphere that subtly counteracts the leather furniture and more refined design. 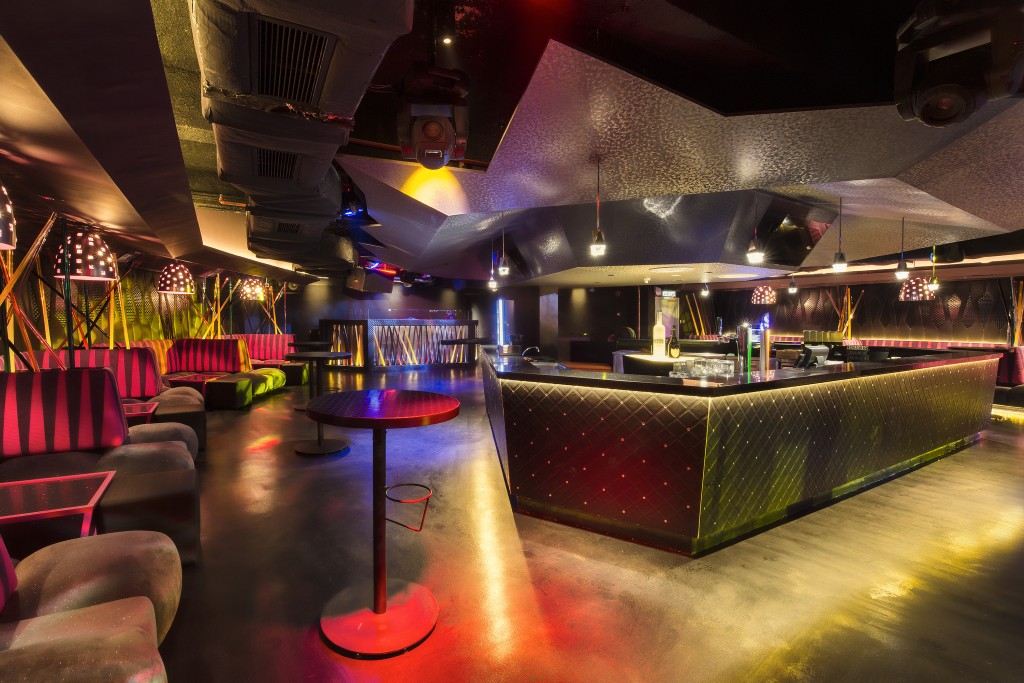 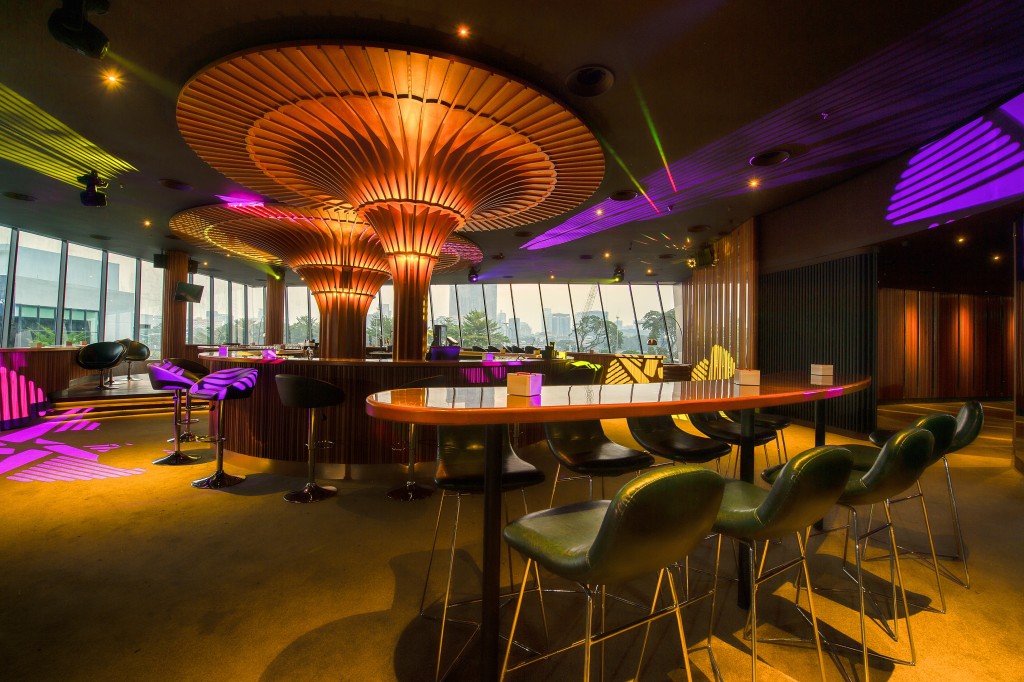 Finally there’s Imperial. Entrance to this exclusive room can only be gained through the pre-purchase of bottle service and a reservation. From the underground parking lot, the elite attendees will have access to a private elevator that takes them straight to Imperial, but only after they utter the secret password given to them by the club. Once inside, they have the option to hire a VIP concierge service, security, and unique bottle rituals for their table. There is even a champagne bar in the back that holds over 1,200 bottles of Dom Perignon for display. The venue’s most extravagant feature, though, is the slide that takes patrons down into the Member’s Lounge. An oversized cushion waits for them downstairs in the middle of the room. Clearly, Imperial is meant for a very specific demographic. 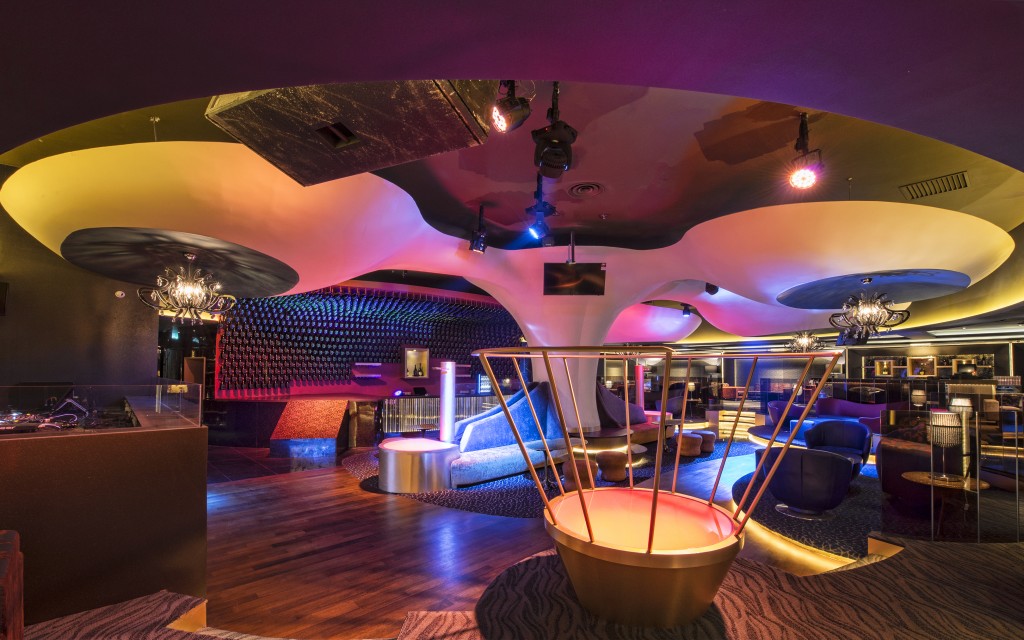 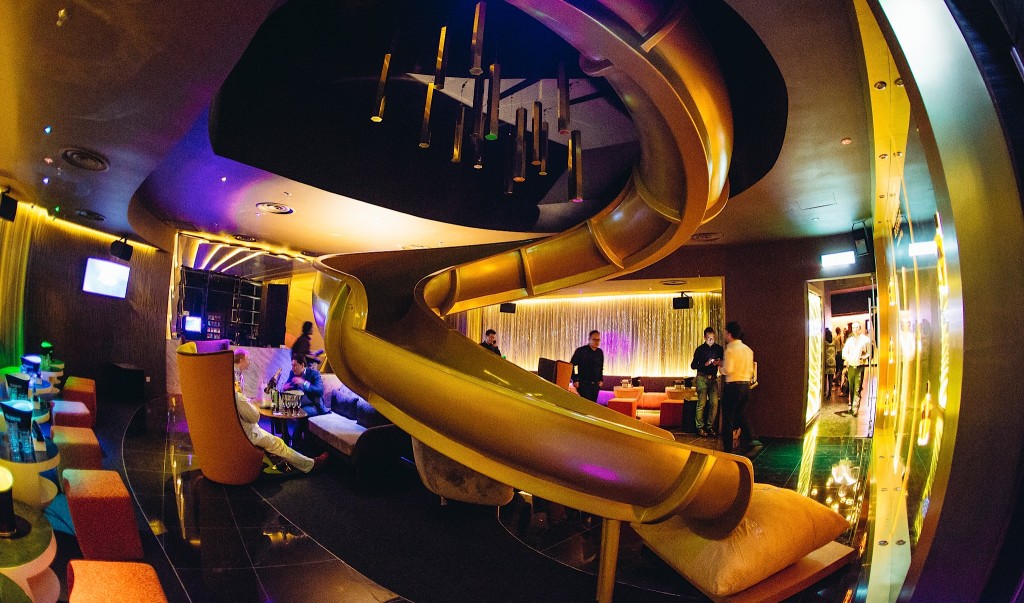 The sheer scale of Zouk KL quickly became its defining characteristic as I approached the front entrance on the 20th for a private showing to select guests and media. Overdressed in a new suit that was bought the week before, I held out as long as I could before loosening my tie and taking off my jacket. The humidity was intense, and the air conditioning inside the club made little difference once the rooms became packed with attendees. The other press members and I first headed to the Cafe, and debated taking shots before going inside. We opted to ease into the night, and instead waited for the busy servers to bring us our drinks. Eventually, we stepped through the doors and took a quick look in each of the ground floor rooms. After finding out that the bars were charging us at the welcome event, we migrated upstairs to Ace. There we stole a ‘reserved’ booth and enjoyed drinks in relative solitude while listening to the DJ spin old school hip hop classics while another shouted encouragement to a sober audience.

The fireworks show and opening ceremony took place in front of the building, on a large stage built specifically for the event. Glasses were raised while Cher Ng and the Zouk brand founder Lincoln Cheng gave welcome speeches, highlighting the great accomplishment they’d worked toward during the last three years. We were escorted to the Main Room at last, and were given a proper treatment at one of the low set tables. The music grew louder to accommodate the growing crowd as the night went on, and we began to yell into each other’s ears to make conversation. Throughout the night we made our way from room to room, staying to dance or mingle, or quickly move on to the next one. The transitions between venues brought new onrushes of energy each time, making the actual act of walking around the club one of the most exciting parts. I left the venue with weak legs and a smile on my face. My only regret leaving Zouk that night was forgetting to pick up my gift box on the way out.

Even though I had a fantastic experience at Zouk, I remain uncertain about its future in Kuala Lumpur. The size of the venue and lavish, diverse interior are undoubtedly its biggest attractions. But the 60,000 sq ft club space will require a staggering attendance every night for it to stay in business. Although it is an official tourist attraction, and will likely see record numbers pouring through its doors during the initial honeymoon period of its existence, I’m left wondering if they’ll be able to fill their rooms week after week. The enormous space requires an enormous crowd to complete its effect on the patrons. No matter how many LED lights are strung from the ceiling, a club that feels empty to its attendees won’t make them linger.

Regardless of my present concerns, Zouk KL was an experience of a lifetime. The club itself is a true wonder to behold, an interactive piece of art that comes to life when the doors are opened. The diversity in music being played, atmosphere of the rooms, areas to explore and stay put, and excitement coming from the crowds makes it the dream stop for any lover of nightlife. There is a palpable fascination among those who enter to search the maze of venues and discover the spot that best fits their identity. This aspect is something not found in most nightclubs, and cannot be easily recreated. The freedom to choose and be oneself within its doors is what makes Zouk KL unlike any other club I’ve attended.

If you’re searching for something completely new and exhilarating, let it be in Kuala Lumpur at the largest superclub in Asia.