Nocturnal Wonderland celebrates its 20th anniversary this year, cementing its spot in history as the United States’ longest running electronic music festival. Featuring headliners like Armin van Buuren, Bassnectar, Pretty Lights, and Datsik, the festival promised to be one of the most explosive yet.

Entering the festival on Friday, I was immediately enamored and taken aback by just how magical it all was. The production parking lot was situated right next to the Labyrinth stage, a looming tower of “cards” amidst five massive LED screens. As I entered, Tujamo was already well underway, giving the crowd a lot of reasons to dance and move about.

Making my way around the festival grounds in my newly acquired “Oh, you mean Sonny?” shirt, people were extremely friendly and ready to help me out, as I was completely turned around. I found my way to the Ground Control tent, where two young women were kind and able to help me find my bearings, and handed me a map. Free water stations were right next door, with eager volunteers manning the water pumps to keep the line moving and uncongested, unlike other festivals this summer. 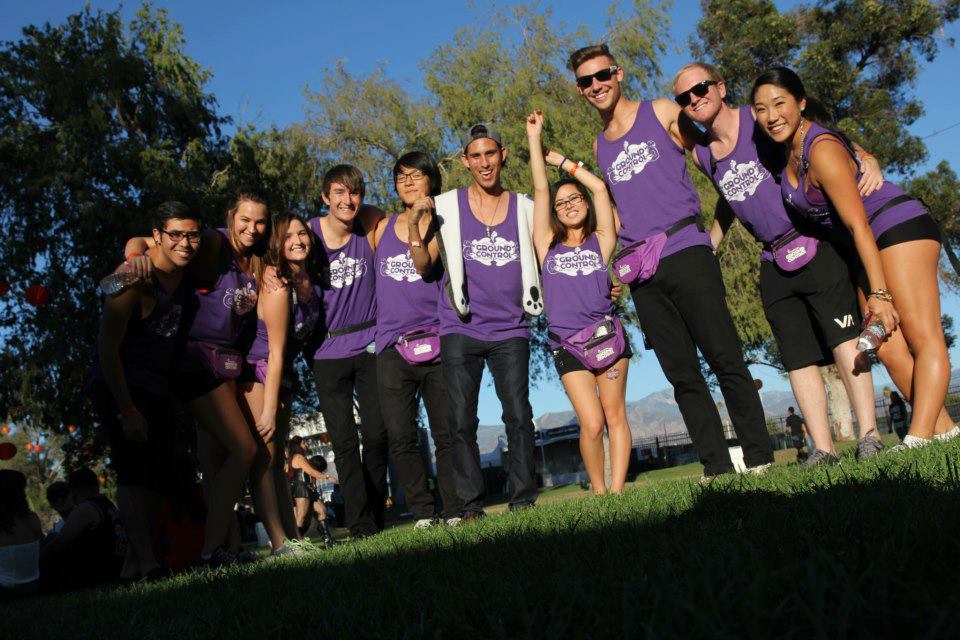 One of the more surprising features of the main thoroughfare was the abundance of mental health and safety booths. While neither DanceSafe nor Bunk Police, or any harm reduction group, were present, booths were provided to Consciousness Group, an organization serving sober and clean festival goers and ravers; and to To Write Love On Her Arms, an organization focused on bringing mental illnesses like depression, PTSD, and bipolar disorder into the public consciousness. For an organization that had absolutely no obligation to provide precious real estate to these organizations, I was very impressed with their bravery and openness in letting these groups share in the spotlight.

Read more about To Write Love On Her Arms here

The first stage as you pass the Labyrinth is the Temple Of Om, a modest structure with a large Buddha figure situated behind the DJ booth. Rather than immerse visitors to this stage in intense lighting, much of the visual stimulus was left to the scenery, imagination, and presentation. Heading in even further, you would find the only “indoor” stage of the festival, Sunken Garden. The tent was home to Basscon on Friday night, an introduction in hard dance styles of electronic music featuring absolute legends like Lady Faith and a special back-to-back closing set from Darren Styles and Gammer.

As I headed up the hill at the San Manuel Amphitheater & Grounds, toward the Queen’s Grounds and Upside-Down Room, I took a moment to turn around and look back at the sunset – this venue is unbelievably beautiful. 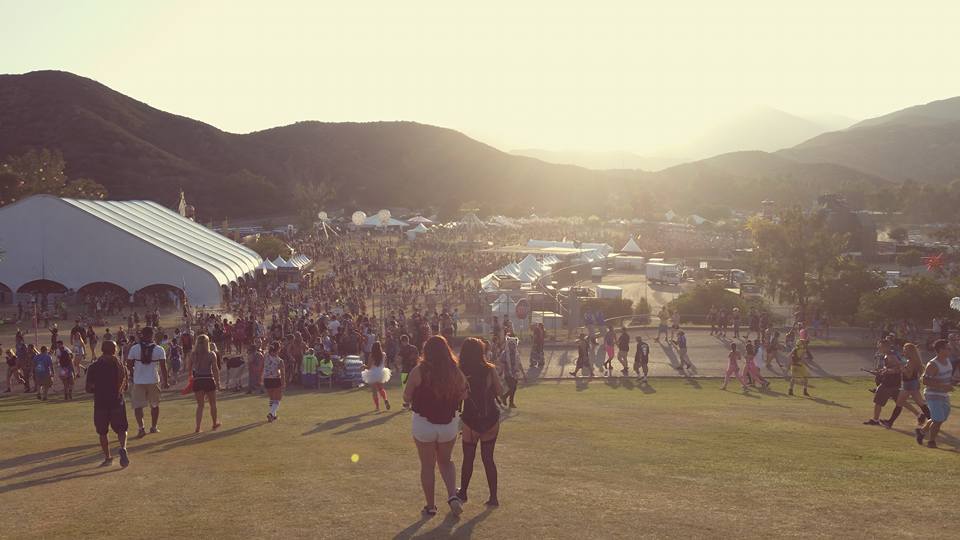 Contrary to most festivals on the west coast, the grass was kept short and well-groomed, making traveling from one area to another a lot easier on my feet than hard concrete or dirt (though some areas were still susceptible to the occasional dust devil).

The Upside-Down Room stage was woefully under-booked the first day, with only six acts playing a total of nine hours. However, I doubt many would complain about an extended closing set from the legendary Z Trip.

In the end, my destination and home for the next nearly seven hours would be the Queen’s Grounds, a monstrous structure fit for a main stage, and home to Bassrush for all of Friday.

Featuring a stacked lineup with the likes of Trollphace, Snails, Hucci, Datsik and more, this stage saw some of the biggest crowds of the first night. In fact, walking back to my car at 1:15am during Snails’ set, I passed by Armin van Buuren at the Labyrinth, and – from a quick visual estimate – they both had roughly the same size crowd. Now, that’s either a huge moment for Snails, who arguably drew a larger crowd than Datsik before him, or it’s a low point for Armin who maybe had 4,000 or 5,000 in attendance at his headlining set.

Note: these are not the official numbers, and rely on a quick visual estimate.

One of the highlights of my night, something that is due special mention, was the intro to Kennedy Jones’ set, when, out of nowhere, Unexpected John Cena began blaring over the speakers – unexpected, indeed. Hopefully it will become the new “Animals” troll, I honestly wouldn’t mind.

Overall, my experience at my first Nocturnal Wonderland, and its 20th anniversary, was extremely enjoyable and easy. It was quite easy to see that the staff enjoyed their jobs and even the police patrolling the grounds would readily fist bump attendees, and you could often see them dancing around when they thought no one was looking. Ground Control was consistently walking around the grounds, making sure that everyone was safe and comfortable; and considering the absence of harm reduction resources, I really hope that nothing bad happens this weekend, as it would tarnish an otherwise wonderful experience.

Nocturnal Wonderland continues tonight through early Monday morning, with appearances from Pretty Lights, Bassnectar, Madeon and more on their way.