Gesaffelstein Reaches The End Of His Countdown, Reveals New Music

I don’t know about the rest of you, but I have at least one friend who since the announcement of Gesaffelstein’s countdown has been continually updating her friends on the remaining time. The news caused such a stir among fans and interested parties, generating a wild assortment of guesses and conjectures, most commonly among them that this would mark the French producer’s sophomore album.

And … that’s sort of correct.

It was revealed quietly on Gesaffelstein’s Facebook and website that the result of the countdown was the soundtrack to the indie film Maryland, also titled Disorder. Starring Diane Kruger and Matthias Schoenaerts, Maryland tells the story of “an ex-soldier with PTSD who is hired to protect the wife and child of a wealthy Lebanese businessman while he’s out of town.” 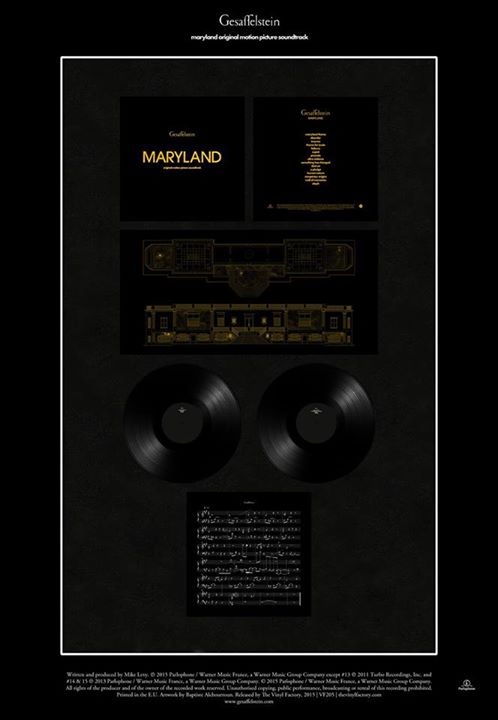 The album/soundtrack, also titled Maryland, is not Aleph 2.0. Not by a long shot. This work is much more ephemeral and subdued than the typical gritty and electrifying Gesaffelstein sound. Unlike Daft Punk’s work on TRON or Noisia’s in a variety of video games, there is no discernible single or breakout track from this work, as it serves to be mostly atmospheric accompaniment to the plot.

Even still, it’s genuinely brilliantly composed. Even without seeing the film, it’s pretty easy to conceptualize the effect that music like this would have on the feel of it all.

The soundtrack is available exclusively in vinyl format, but it will be available on September 24th in a limited release of 1,000 copies, but it is available for pre-order today. (There are digital copies floating around, if you look in the right places.)

But let’s talk just a second about the expectations behind the countdown, yeah? Gesaffelstein never once hinted at what would come when that countdown ended. Not once. So it is no one’s fault but ours to have built it up so much to think that a sophomore album was on its way.

But… a soundtrack? To a movie that’s seeing its initial release in France? I feel like that’s sweeping the rug out from his fans if I’m being honest. A massive two month countdown isn’t something to laugh about when you have as many devoted fans as Gesaffelstein, and to have it culminate is what could be considered an underwhelming unveiling is unfair.

But, new music is new music. While this isn’t the follow-up to Aleph, true Gesaffelstein fans would be foolish to completely write off this incredible composition.