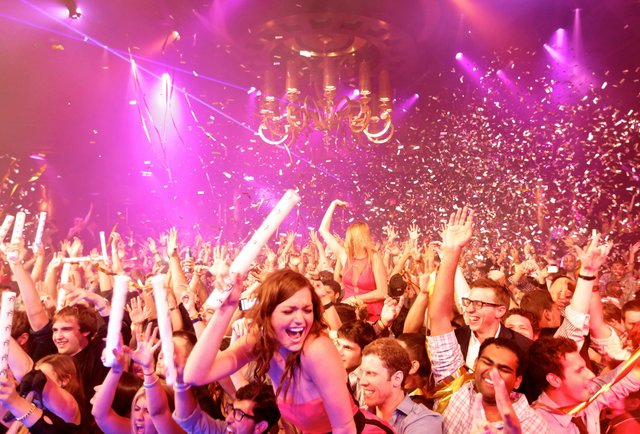 Lesson 101: What Not To Do When Attending A “Concert”

Before you become the star DJ at your hometown’s favorite nightclub, you’ve got to pay your dues. Often, this means playing shit venues for shit money for people who don’t appreciate what you’re doing. It’s part of a rite of passage.

Now, consider the case of Dub Architect, who does live mixing between dub and reggae. He performed at a club on the Jersey Shore this past weekend and was confronted by two stubborn women who only wanted him to play “Watch Me” by Silento. He says he doesn’t have it. No problem! They have it on their phone. He won’t play it, it’s not his thing. No problem! They apparently know the owner of the club.

This is nothing new, and this certainly isn’t the final atrocity of its kind. But it’s good to get a reminder from time to time that this it not an okay thing to do.

Want to see what NOT to do when attending a concert? From this weekend’s show on the Jersey Shore here’s just ONE of the clips I have of this group of girls screaming at and harassing me to play the “Whip & Nae Nae” then threatening to “get the owner” of the venue when I tried explaining (as nicely as I could while doing so quickly because you know… it’s not like I was in the middle of DUB MIXING, or that there were speakers blaring about 2 feet away, or that it was clearly evident that this was a REGGAE show) that hell would freeze over first.

Over the past few years touring and performing live I’ve gotten used to this happening every one in a while at venues that don’t traditionally host live music or where I know the crowd really doesn’t know what dub is – people see a laptop and think… “oh he’s a DJ” which apparently equates to “I can just go scream requests at the top of my lungs and then act like a toddler when I don’t get my way.” But just FYI (and I’m sure I’m preaching to the choir posting this to my fans)… acting this way is not ok.

Please don’t be a jerk and act like this at music events. You’re there to see people perform (aka put their entire energy and self into a performance… for your viewing and listening pleasure) – just because you paid doesn’t mean you get to act like an entitled brat by screaming at the musicians how to do their job. I can’t believe I have to actually explain to people why acting like this is not ok. Facepalm.