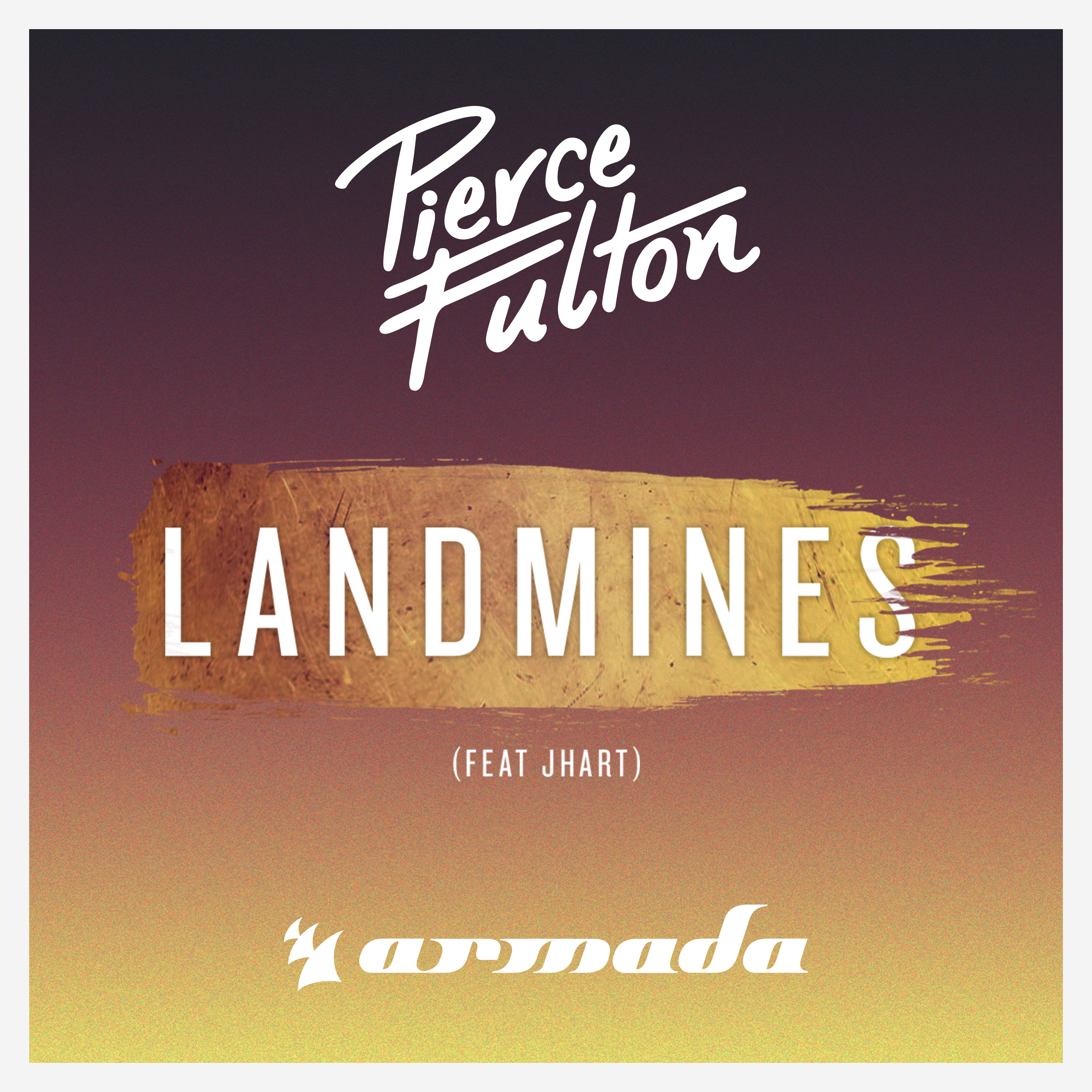 Summer isn’t over until Pierce Fulton says it is. His latest track “Landmines” (out today!) is everything you want in a progressive house tune – catchy lyrics from JHart, an upbeat tempo, and that signature Pierce Fulton live instrument melody floating throughout the drop. If you’re not quite ready for the perfect warm weather vibes to end, or you just need one more track to cap off your TomorrowWorld playlist, “Landmines” is a must-have this weekend. We caught up with Pierce recently to talk about moving to the West Coast, some other “things,” and more.

You’ve played Tomorrowland and now you’ll be at TomorrowWorld. Do you expect the experiences to be similar?

The crowd at Tomorrowland is interesting because it’s not a typical Belgian crowd; it’s a world crowd. I’ve played at other festivals in Belgium and I’ve played at Tomorrowland and they’re totally different. But I expect TomorrowWorld to be a more American crowd rather than a gathering of fans from around the world, so my set will be different than if I was playing Europe.

Right, because you won’t be able to take as many risks with an American crowd than you would in Europe, right?

Well actually it’s kind of the opposite, weirdly; big room is still really big in Europe. One time I played a festival that wasn’t in Belgium and I was playing my progressive stuff and whole tent cleared out which I didn’t expect (laughs). But then I played a more festival-friendly track and people started coming back and I was like okay, I see how it is now. It was a funny experience.

Your new single “Landmines” comes out this week and I saw your new “making of” video. Where’d you get the name “Pierce Made a Thing?”

I was kinda tired one day and my brother/manager wanted to make it sound really functional and was like, ‘how about Studio Saturdays,’ and I’m like dude no, it’s too official. I’m just a kid making music in my underwear everyday so I wanted to call it “Pierce Made a Thing” because that’s just what I do. I make things.

Do you think we can expand this past music? Like ‘Pierce Makes a Breakfast’ or ‘Pierce Made a Bookshelf.’

And we could go to a woodworking class? This is brilliant. We can get a bunch of ping pong balls and do a lottery drawing at the start of each episode to see what thing I have to do.

How long does it take you to make those fun videos for all your songs?

Not too long. Usually everything works out. In the new one I hadn’t played that piano riff in a really long time, and I don’t play piano as much as I play guitar, so I lose my muscle memory pretty quick if I don’t keep up with it. I wrote the piano riff over a year ago and I haven’t played it since then. It was actually made in the last 30 minutes of this 6-hour session with JHart and it was just something I did on the spot. It kinda felt like a remix in a sense because we wrote the lyrics and then I went home and built the song around it.

Was that your first time doing vocal work?

I wrote the vocal for ‘Where We Were” with Polina, and I’ve done it in the past when I really needed it. I’m not the best at it, but it’s something I’ve really been working on. I like it because it’s an aspect of music that’s a weak point for me and it’s sort of exciting and fun to approach because I’m not sure how it’s gonna turn out in the end. When I do a guitar riff I know almost right away if it’s going to work. Being uncertain is more fun.

Is there something you look for specifically when choosing a vocalist or did the session with JHart just kinda fall in your lap?

Last year I was in LA for a week and I worked with five different vocalists and this is the first song that’s come from it so far. It’s a matter of chance that we got together for a certain amount of time and then that riff came from it and then we wrote the song. Those random, spur-of-the-moment ideas are usually the ones I enjoy the most.

You’ve officially made the move to LA. Do you think your creativity has increased now that you’re in the land of DJs?

I already feel it. I had a session with my friend Josh who is the vocalist for this amazing band Ghost Beach. We started writing a track yesterday and that was in my first month of being here; I haven’t had a session in NYC in six months. I’m also living with Dallas K and Gordon from Botnek. Even today Gordon helped me with a mix of one of my songs and just having a friend who really knows what he’s doing and can bounce ideas off of right there is really helpful.

What do you think is the biggest lesson you learned about yourself this year?

I’d say just trusting myself a bit more. I don’t know, I think I’ve finally gotten to a point where I do everything myself and it’s something I didn’t trust myself to do in the past. This whole vocal writing thing is a step towards a more confidence and it’s a task I avoided for a while unless I really had to, and now I’m finding this joy in writing lyrics for the sake of writing lyrics. Even if I don’t use them, it’s a great exercise and I think it’ll help me to try it out. It’s crazy, because music is not something I thought about lyrically; I’ve always thought about the music behind it more so than the words. But this is a new wave of expression for me, which is really nice to keep things moving forwards.