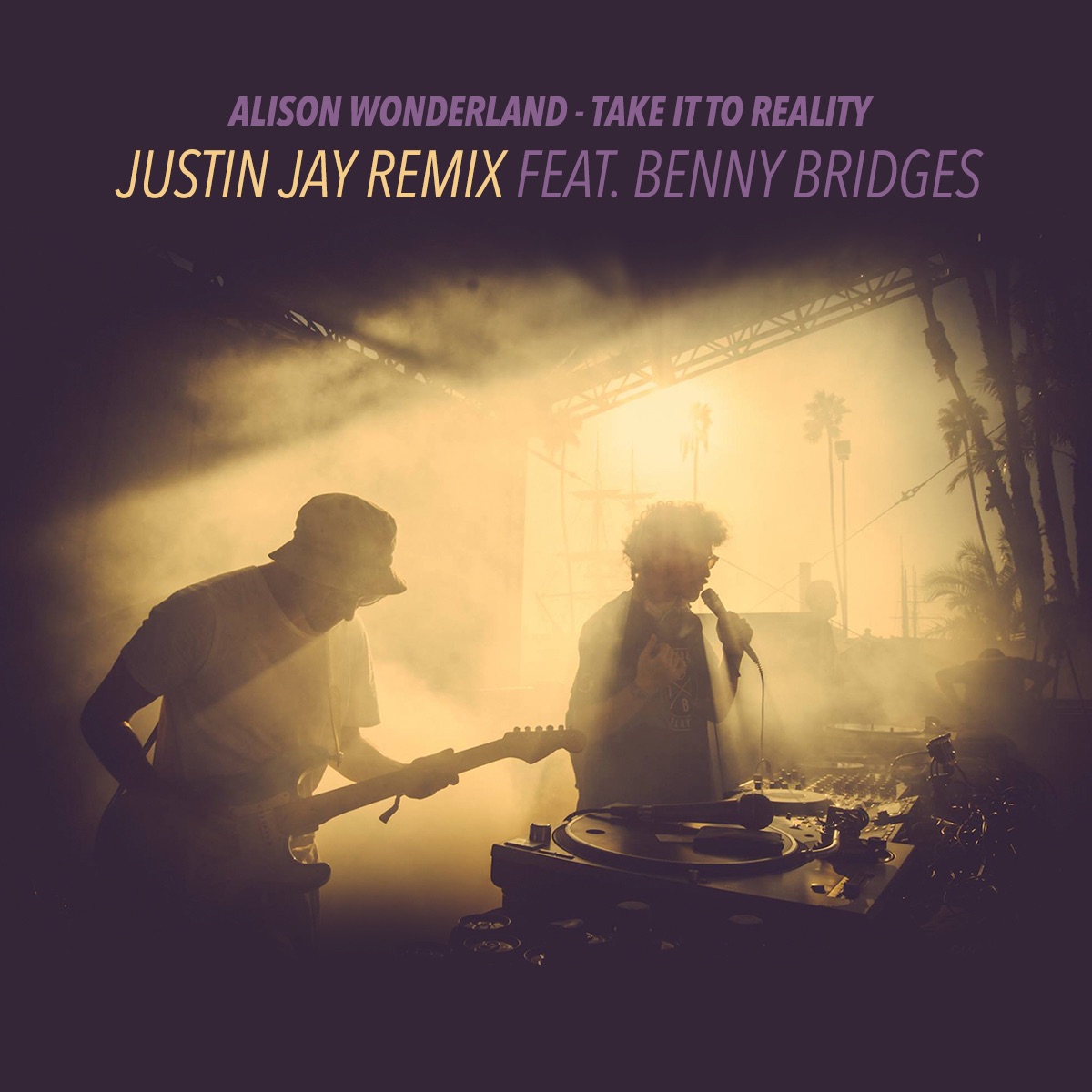 Justin Jay is just three months out of college, and it seems like he’s making the most of his newfound free time. He dropped his Mom, I Graduated! EP on dirtybird records in July to kick off his massive world tour by the same name. Last weekend, the youngest dirtybird took on counselor duties at Claude VonStroke’s Dirtybird Campout festival, dropping one of the best sets of the weekend, after stopping by Pete Tong’s BBC Radio 1 studio for a special After Hours mix. Now, Jay is back with his latest output, a grimy tech-house remix of Alison Wonderland’s “Take It to Reality” that brings the Aussie bass straight into the underground with his college friend-turned-collaborator, Benny Bridges.

Justin Jay crafts a heavy-hitting, primal bass line at the core of the track, while heady, modulated synth arrangements and a pulsing bass line twist and turn through a maze of thumping kicks. Benny Bridges’ jazz-influenced guitar adds an extra layer of oomph into the remix, as the youngest dirtybird continues his exploration into live music production. Jay’s remix is tech house at its finest, so don’t miss out on the free download, and see him live on his Mom, I Graduated! World Tour.

To celebrate the release of the remix, Justin Jay said, “Sometimes making music can be a really intense, serious, grueling process. Other times it’s about being silly and goofing around with your homies. Ben is a crazy jazz/blues guitarist and we had fun pretending to be tough on this remix for Alison Wonderland. We’ve been making a ton of music together with our homie Josh Taylor so keep your ear out for Benny Bridges, laying it down on guitar.”