Kayzo Talks Touring, Plans for the New Year, and So Much More [Your EDM Exclusive Interview]

I remember the first time I saw Kayzo live like it was yesterday. Exactly a year ago, I arrived at a very small train station venue in Tucson, AZ. When I arrived, I literally had no idea how much fun his set was going to be. Even at the smallest of places, with a train passing through every hour on the hour, Kayzo gave everyone the experience of a lifetime that night. His drive and ambition was so fierce, and his tenacity to reach for his dreams was amazing. Ever since that night, he’s gone nowhere except up. He’s been challenging the stereotypical genres of electronic music, by making music of all different sounds and styles. All the while he’s been nothing but a humble guy with a great heart. I was able to have a great conversation with him about his recent music, his tour with Adventure Club and Snails, and where he sees himself next year and beyond. Here’s what he had to say:

This most recent tour seems to be the one that will ultimately take you to the next level of your career. What have you taken away from the experiences you have had on this tour?

“Yea being able to go on my first bus tour with adventure club and snails was an incredible experience. We were all friends prior to touring, so it made it that much sweeter. Playing every night in a different city definitely gave me new perspective on this industry. It’s not always as glamorous as most think. it’s a serious grind man, but at the end of the day I love doing this. It was wild to see how the scene welcomes cross genre artists like myself too. It gives me a lot of faith for the future of dance music.” 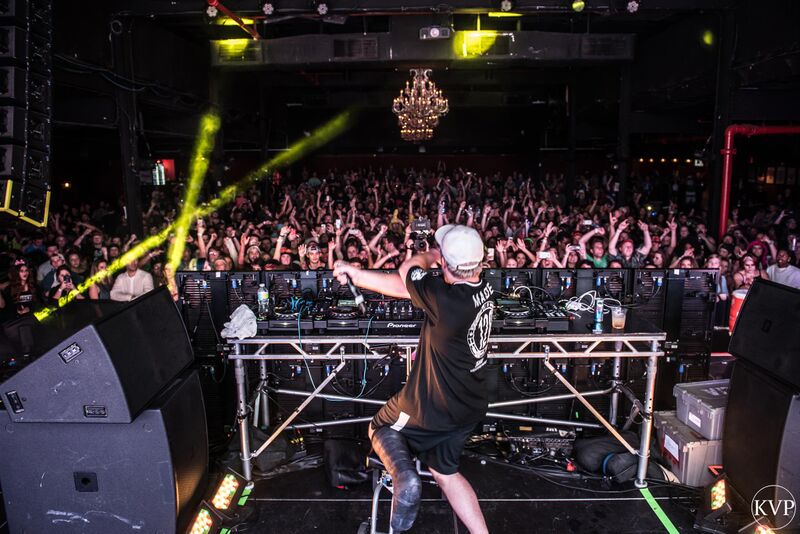 Now of course, everyone is very aware of your injury to your foot, but you persevered and kicked some serious butt while touring. Give us some details about how you got yourself motivated and ready to take your fans by storm, while knowing you’d be in a cast.

“The past month or so has been a real test for me mentally and physically. I was so stoked to go on this bus tour, so when I ended up fracturing my ankle I was devastated at first. I wasn’t even sure if I would be able to go on the tour, but thankfully I didn’t need surgery so I was able to travel. Coming from a sports background, I have always been the type to battle though things; especially injuries. When this happened I treated it no differently. I treated my fans like my team, and I couldn’t let them down.”

Your Doghouse show at the Yost Theatre was so fantastic, that people were talking about it weeks after you played. What was it like playing there for everyone, and how did this particular stop on your tour impact you?

“The doghouse takeover at the Yost was the very first one, and I couldn’t of been more proud of the work my team put into making this a reality. from the giant metallic dogs the extra production we brought in, and all my friends coming together for an epic B2B; this was by far one of the best shows I have ever played, if not the very best. we ended up selling more presales than ever before and making it one of the largest shows in Yost history. this really hit home with me because I knew the doghouse was a solidified brand and staple. all of the hard work creating a unique aesthetic had finally paid off. “

Adventure Club and Snails accompanied you on your first bus tour, and I am sure there are some awesome adventures you all had together. What have been the greatest things you’ve learned from these guys, and what are some of your fondest memories that you were able to make with them?

“Oh man, some of the times we had were absolutely mental to be honest. Christian, Leighton and Fred are some of the best people I know in the scene. It’s insane to see how humble these guys are to be honest. With all the success throughout the years, nothing has gone to any of there heads. it was just cool to hang out with good friends and travel to some pretty awesome cities. I could go on all day with the memories, but I’m just gonna leave at this…it was wild haha.” 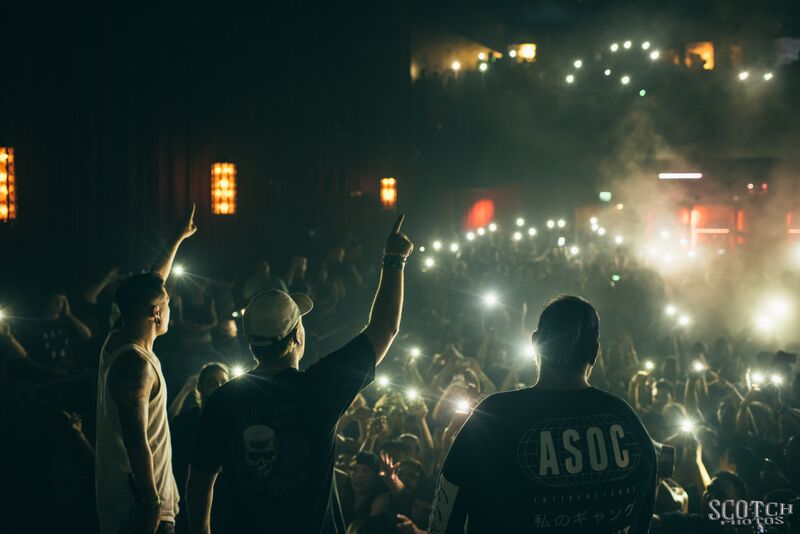 Do you have any exciting plans for the new year? Are there any big collaborations or unique ideas we can all look forward to?

“2016 is gonna be a hell of a year. I plan to release my debut EP “Welcome To The Doghouse”  some time in the beginning of it, which will help define my brand more and more. Also have some cool collaborations in the pipeline, one specifically with Audiofreq. I’ve been dying to collaborate with a solidified hardstyle artists, and it’s finally happening, and what even cooler is we are doing something totally unique and unexpected. I’ll also be continuing to grow the Doghouse Takeover, so expect to see some more pop up though out the year in different cities.” 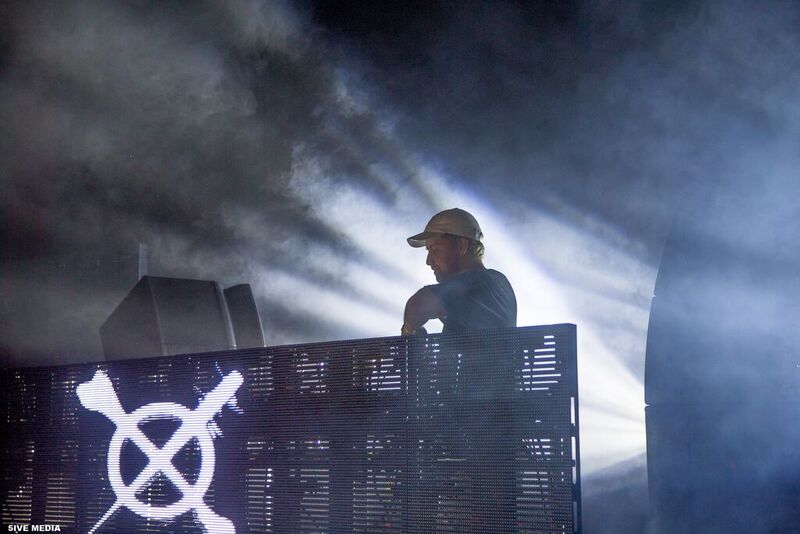 There are quite a few UK/AUS hardcore artists who have been taking notice to your work. Some of them have been in the industry for decades. How does it feel to be recognized by producers and deejays like them?

“Yea it’s a pretty rad feeling to have guys in that lane recognize my work. I wouldn’t consider myself a hardstyle/hardcore artist what so ever either. I want the KAYZO brand to be recognized for what impact it has on others rather than what style I’m producing. I’m branching out stylistically more now than ever, so having those guys still recognize that work is a good feeling.”

You are finally releasing your new Halloween themed track. Last year’s “This Is Halloween” remix was an incredible success, to the point where it was even being played at summertime festivals and events. Just how frightening and fantastic do you think this new release is going to be?

“I was super stoked to be able to release that record last year with Lookas, and it became a really cool thing. This year I wanted to go even bigger though. Expand my sound design and take it even more to the edge. I focused this year on Freddy Krueger of Nightmare on Elm Street, so I knew I needed to come up with something actually frightening. I think I focused in and found that sound that fits that nightmare that has come to be known as Freddy Krueger.”

What are some things you enjoy doing in your downtime? Do you have any other cool hobbies or new things you’d like to try?

“I’m big on being able to just enjoy downtime with my friends to be honest. Once my foot is better I’m going to get back into the gym and hiking again. I love to hike in the morning out here in LA. The hills can be so inspiring. I’m also pretty interested in learning how to play the guitar. I may take up some lessons soon.” 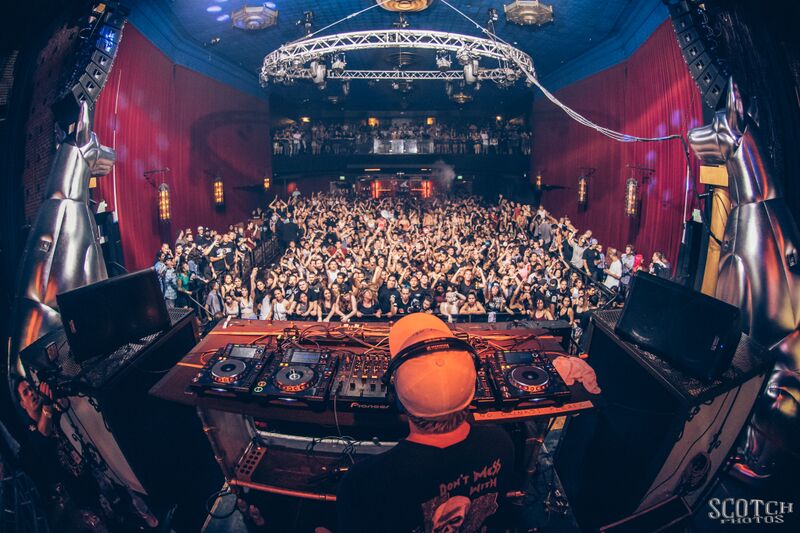 Have there been any up and coming artists who have caught your eye lately?

“In the electronic scene I’ve been big on guys like Luca Lush lately. He’s been KILLING it with some of his remixes lately. Also been getting super hyped on guys like G-Buck. Wild stuff coming from him. But to be completely honest, I try and listen to other styles of music outside of electronic as often as I can.”

What are some of your short and long term goals in regards to your career?

“Short term I want to continue to grow the Doghouse into a dynamic brand that hits on all fashions of art and creativity. It will eventually be more than just about the music. Long term, I want to branch out and start writing music outside of the electronic realm. Specifically hip hop beats for artists. I’ve already started writing and compiling instrumentals of that kind for the future. 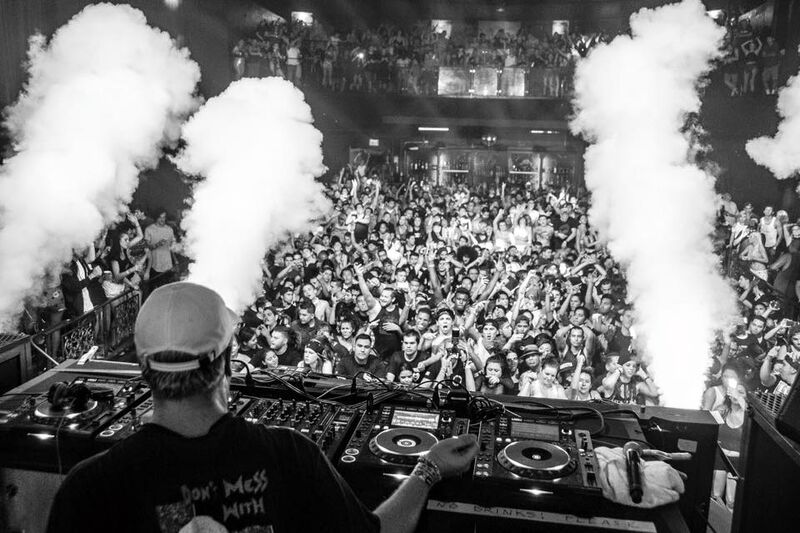 BONUS: What is your favorite dessert?

If you haven’t been listening to this wonderful guy’s music, I suggest you get in the doghouse and start now. Thank you Kayzo, for being so creative, kind, and incredibly passionate for what you do for us all. Listeners can find out more about him by following the social media links below, and he’s got some more tour dates scheduled, so try to catch him live. The way he throws down is something you will never forget!

Dillon Francis Zombifies The Set Of His Newest Music Video

Dillon Francis Zombifies The Set Of His Newest Music Video