Police Attacked After Shutting Down Rave

Halloween madness was in full effect last night, even across the Atlantic Ocean.

It seems that a “Scumoween” event in Lambeth (that’s in London) was shut down in the early morning by police. However, the ravers weren’t having any of it, and began attacking the police in protest. Daily Mail reports that some people were throwing gasoline bombs and various other projectiles at police.

Many were arrested, though the official numbers have not yet been released. We do know that four police officers suffered minor injuries, and one person was treated by EMTs.

The gathering began at around midnight and was finally dispersed close to 6 a.m., during which time the riot police were called in to deal with the large group that was throwing objects, lighting bins on fire, and shouting chants of “scum” and “pigs” toward police.

On an event page, the organisers Scum Tek advised attendees to remain calm and avoid antagonizing the police. During the situation, police also sent out an advisory discouraging any further people from attempting to join in.

Witnesses are now being interrogated pending further arrests and charges. 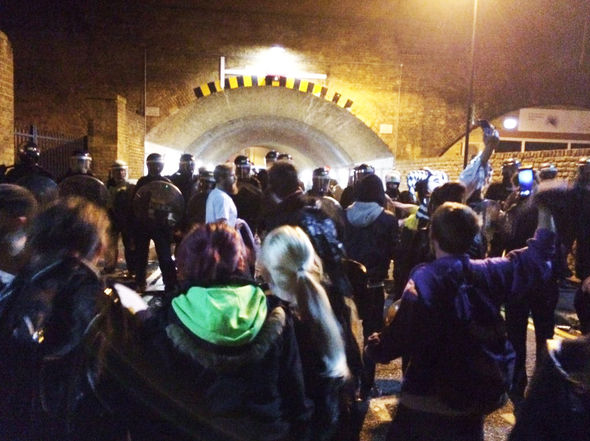 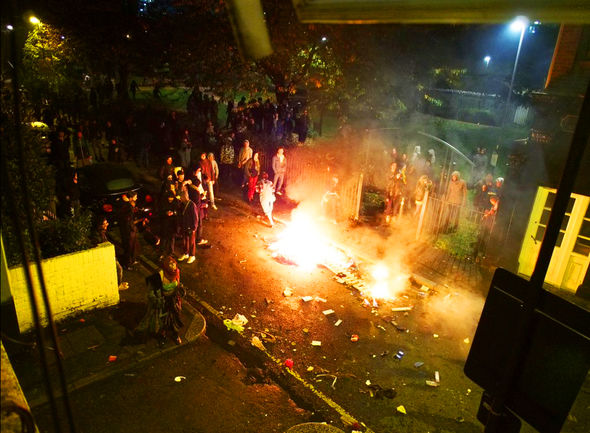 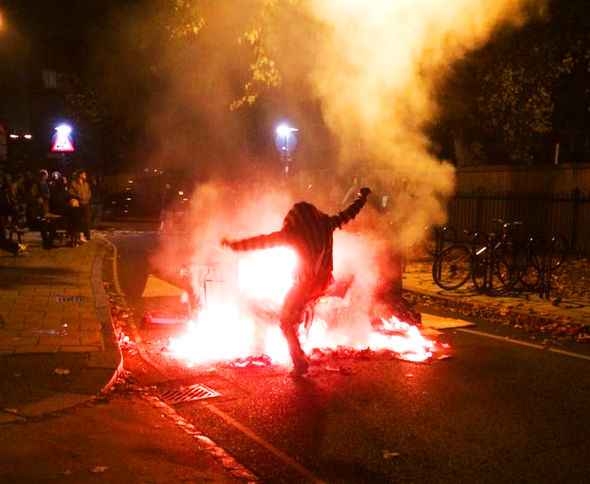 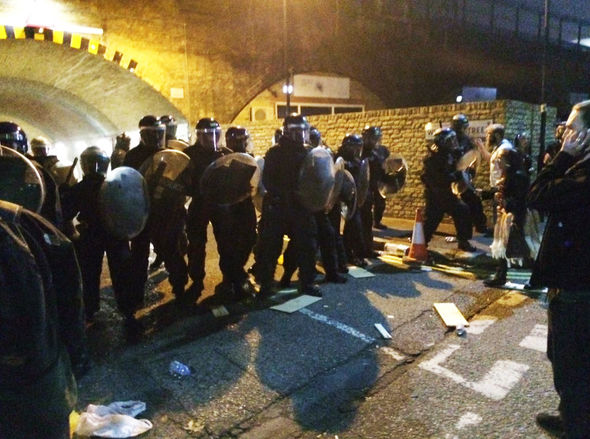 via Daily Mail | Photos via Express