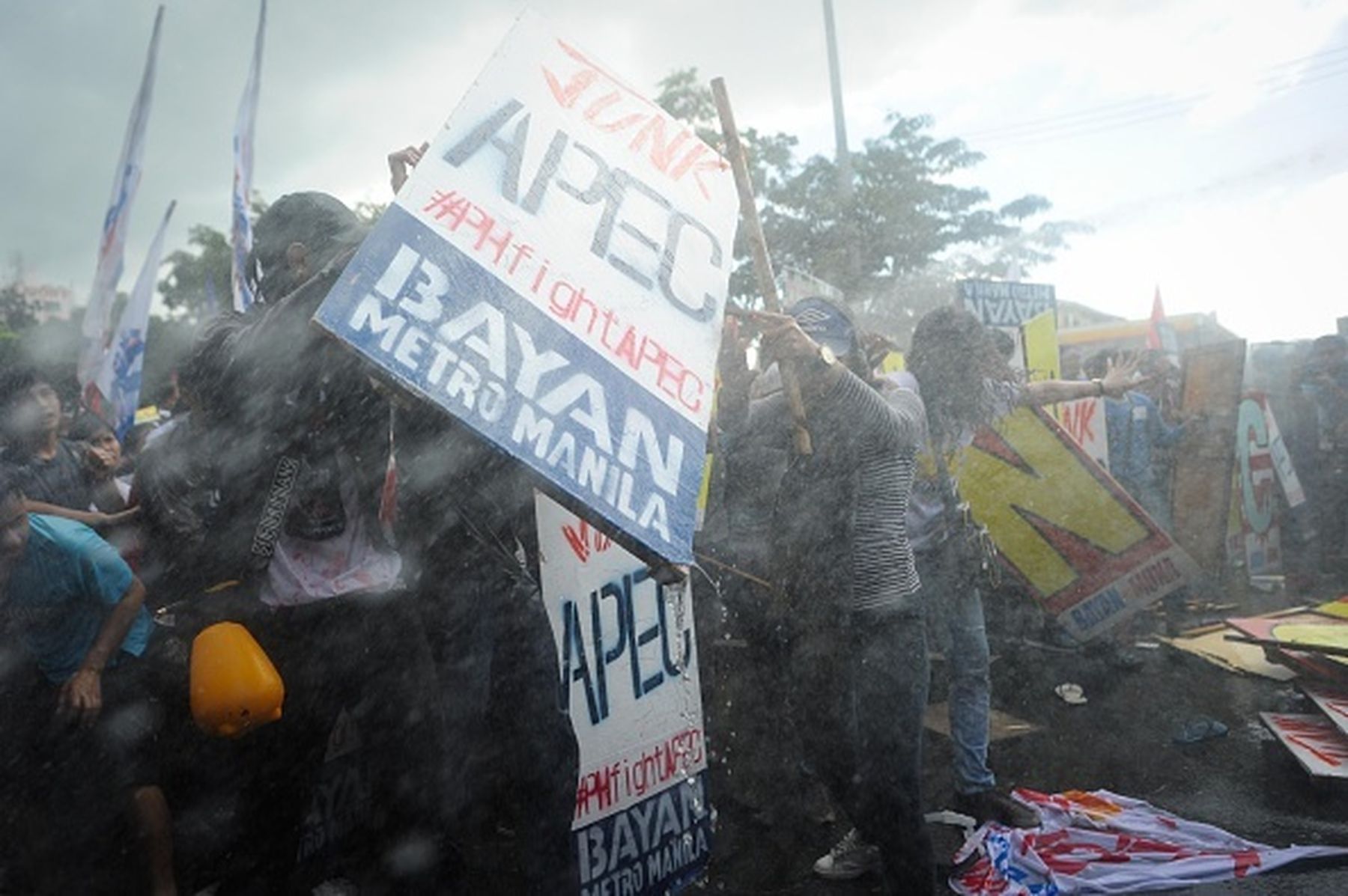 Crowds were gathered outside the Asia Pacific Economic Cooperation Summit in Manila, Philippines, protesting the summit’s free-trade agenda, which supposedly favors big-business over the working class. Thousands of [email protected] rallied together, raising genuine concern of a violent uprising. The protestors resisted water canons, wooden batons, and riot shields, refusing to back away from their cause. Instead of resorting to more aggression or violence, the police used some pretty interesting tactics to quell the uneasy protestors.

Instead of loading their weapons, the police loaded their playlists with a number of pop hits, blasting the protestors with loud music. The officers even began to tap their batons to the beat of whatever was playing; David Guetta’s “Sexy Bitch,” Dolly Parton’s “Islands In The Stream,” the Bee Gee’s “How Deep Is Your Love,” and Katy Perry’s “Roar” could be heard coming from the speakers. The barrage of pop songs helped maintain the peace at the protest, preventing any seriously violent outbreaks from occurring. Police everywhere should seriously take some notes…

Check out a video of the protests prior to using music dispersion below.