The time between Christmas and New Year’s Eve is better than the holidays themselves for dance music fans. While normal people are in food comas and playing with new gifts, the rest of us are putting in work on the dance floor. New York City is one of the best places to spend this time off, as every major club and venue presents some of the best dance music has to offer.

Pacha and RPM Presents have continued to be ahead of the curve, with their annual #BigWeekNYC. So far, Adventure Club and The Chainsmokers have announced shows with guests like Griz and Nicky Romero, respectively. Now, they’re adding one more major show to the fray: Knife Party & Oliver Heldens. This one is a stunner, as the two don’t necessarily draw the same type of crowd. But Oliver Heldens has been no stranger to more bass-heavy DJs; this year he collabed with Zeds Dead on “You Know.” On December 29, these two will play together for what could possibly be one of #BigWeekNYC’s most unexpected shows yet. 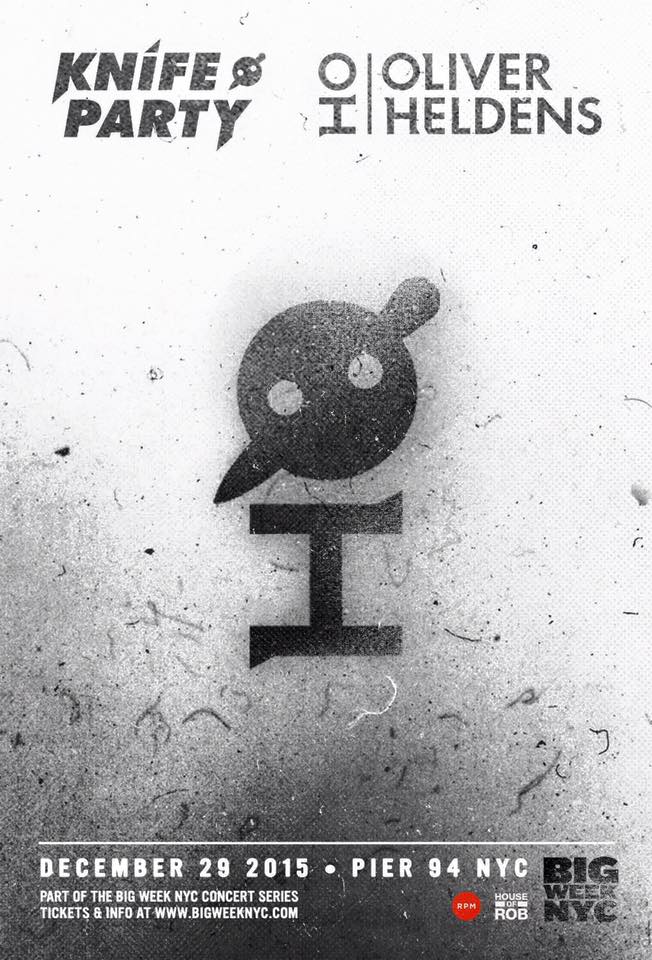 Therapeudic ‘Cove’ App Lets You Create Music Based On Your Mood

Brandy – I Wanna Be Down (Pluural Remix) [Free DL]

Brandy - I Wanna Be Down (Pluural Remix) [Free DL]